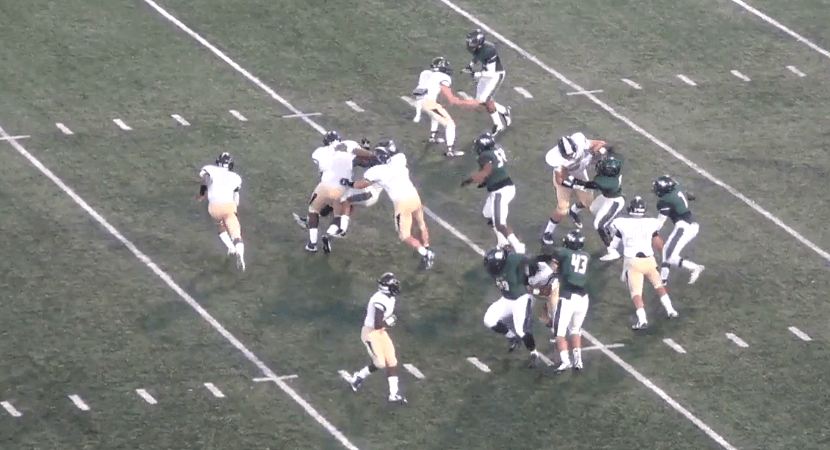 Mike Gundy is hot on that 2018 recruiting trail already as he offered Southmoore freshman (not a typo) Brey Walker a scholarship this week to play offensive line at OSU.

Walker is 16 and is built like Kendrick Perkins’ younger brother.

His highlights are a hilarious amalgamation of poor Oklahoma high school kids just getting straight up run over by this dude who looks more like a man than most of his coaches probably do.

“He was already 6-3, 6-4 (in 6th grade),” his coach told the Oklahoman. We knew he would be a big-time prospect on size alone. You don’t find many guys that size who can move, bend and play like he does.

Dude wrestles, too, which sounds like a ton of fun for young kids growing up in the OKC metroplex. Here’s a look at that madness:

I’m normally not a big advocate of 9th graders making (or being offered) large life decisions but I think we can all agree this is not a normal 9th grader.

The weirdest part to think about? Even if he makes it to Stillwater eventually, he’ll never get to block for Mason Rudolph.