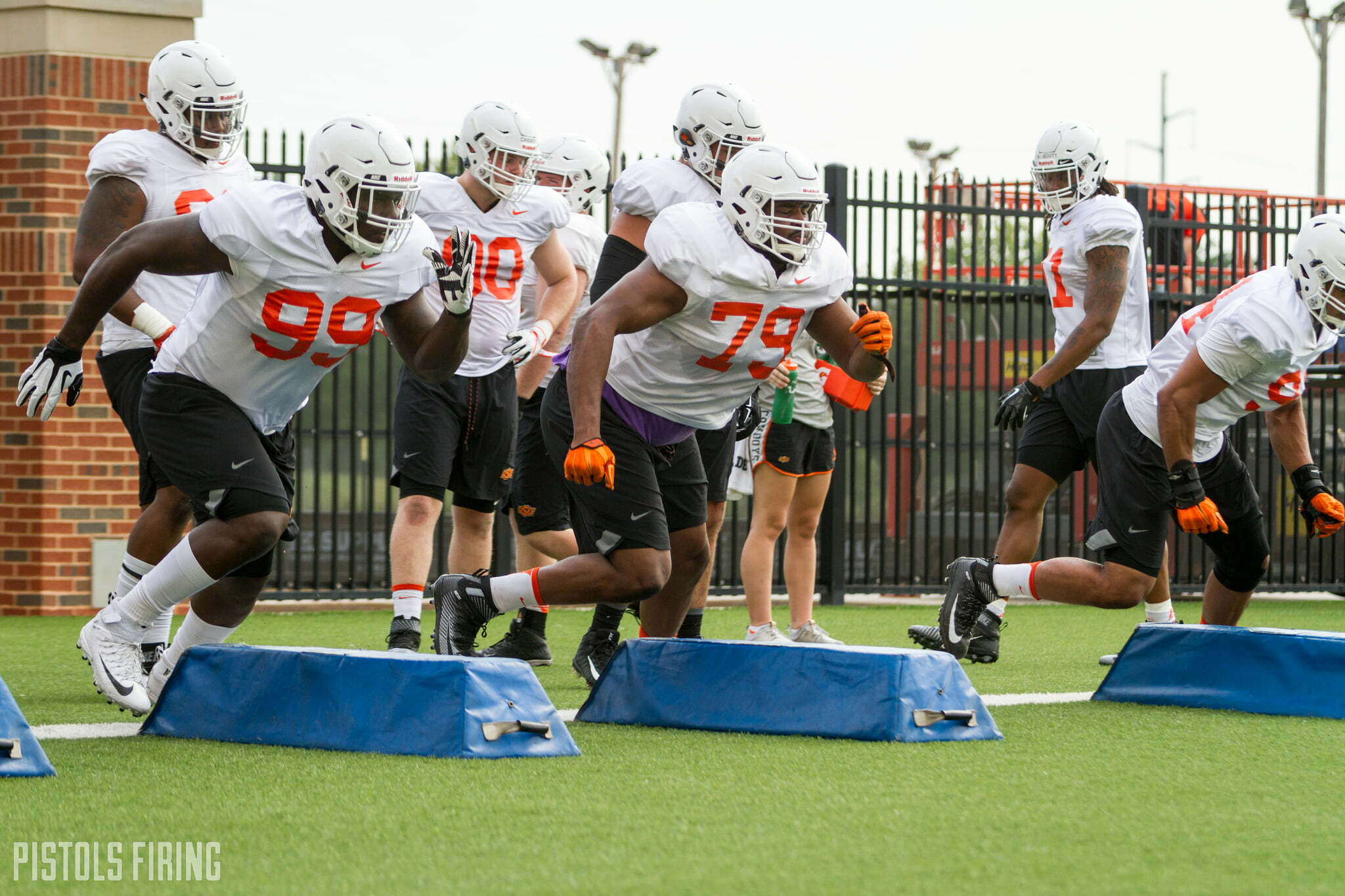 It still feels strange to note that one of the strengths of Oklahoma State’s team — not just the defense but the entire team — in the last five years has been its defensive line play.

From Emmanuel Ogbah to Vincent Taylor to DQ Osborne, the Cowboys have been a force (especially compared to past Oklahoma State defensive lines) under Joe Bob Clements. We could even see an uptick in this area in 2018 as OSU fields a front four that includes five seniors and some promising potential future stars.

Coinciding with a roster rife with both young studs and vets who understand what it takes to win 10 games a season is a new defense that has both players and fans excited. It remains to be seen how exactly this defense is going to produce, but senior tackle Darrion Daniels is at least excited about being unshackled.

“It’s less read and react and more react on the go,” said Daniels. “It gives us a lot of freedom to fully maximize our potential in our pass rush and run stop.”

“I’m enjoying the whole scheme,” added senior end Jarrell Owens. “The ability to get upfield and react faster in my pass rush.”

“I like it a lot,” said junior Jordan Brailford (aside: How is Jordan Brailford a junior?!). “I get to move a lot more than I did in the last defense we had. I’m in a lot more different positions than I was last year. It’s good for me. A lot of other people playing my position they like to stand up and run and blitz.”

Normally, I would be concerned about a defense that couldn’t crack the top 50 in points allowed per drive being given more freedom. However, OSU is loaded up with five seniors or redshirt seniors on the defensive front. Guys who can be trusted.

“Strongest position? Defensive line,” said linebacker Justin Phillips at Big 12 Media Days. “We have about five or six seniors on the defensive line. Whenever you’re taking that many veterans out there, you can ask so much from them.”

OSU actually got a lot from its line last year. While the scoring numbers aren’t great, the advanced stats are actually pretty solid in the big-play Big 12.

OSU was actually able to make some plays up front, ranking 25th in stuff rate and 33rd in Adj. Sack Rate. The return of Phillips and Brailford in particular will give Knowles some toys. And if either of two JUCO ends — Amadou Fofana or Mike Scott — is able to make plays early, that’s all the better. [SB Nation]

So not only will the Darrion Daniels and Cole Walterscheids of the world be trusted to anchor a defensive line that was pretty terrific last year, but joining them is some young blood that has a chance to be great. The Brock Martins, the Tyler Lacys and the Cam Murrays.

“Right now our defensive line is full of seniors, but the guys they’re bringing up, they’ll be great in the upcoming seasons,” said Phillips.

“Brock Martin has been huge,” said Daniels. “He was dealing with some injuries, but his bounce back is incredible. Cam Murray is one of the top three athletes on the defensive line. He’s been stepping up. I like how he’s starting to buy into the culture. He’s going to be one of those guys who’s going to have continuous reps.”

There doesn’t look to be much drop off into the future, either. Three of OSU’s top eight commits for 2019 are defensive lineman with the big daddy of them all set to commit later this month with OSU as a real possibility.

So much will be made of this defense in this year. That’s how it goes with first-year defensive coordinators. And with most people watching the next two layers of Knowles’ defense (LB and DB), it’s easy to forget that everything on both sides of the ball is predicated on being great up front.

OSU has a chance to be great up front, which could lead to a wildly improved scheme on the back end. In other words, Knowles is entering at a perfect time to construct something that can help OSU reach eight, nine or 10 wins once again.