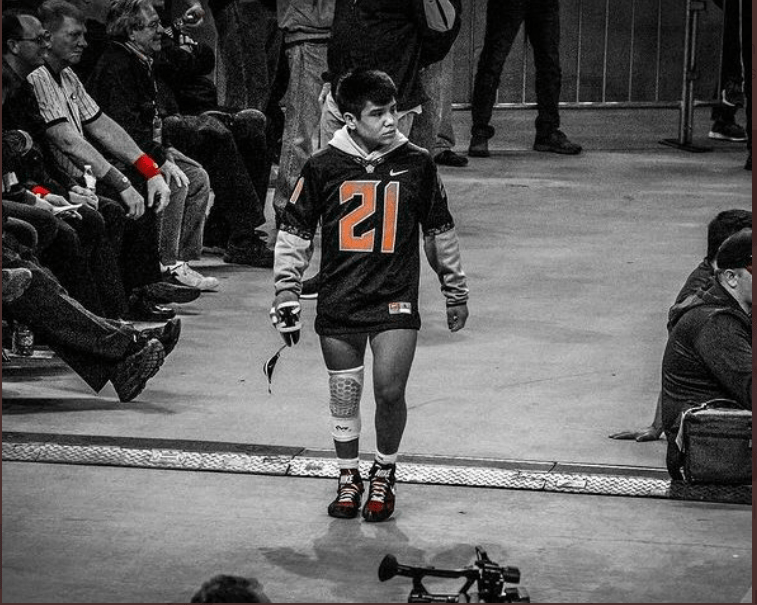 [Photo courtesy of the Blankenships]

One of the top uncommitted seniors in the state of Oklahoma announced he will be wrestling for OSU.

Two-time state champion Zach Blankenship out of Bixby announced on Thursday that he’ll be committing to the Cowboys.

Zach, who visited OSU during the Missouri State football game, is ranked No. 11 in the country at 138 according to Willie Saylor and is also Willie’s No. 59 ranked prospect for the 2022 class.

Blankenship has a number of pretty strong Oklahoma State ties including being coached in youth wrestling by former OSU All-American Shane Roller.

Blankenship is a two-sport athlete that also stars on the Bixby football team.

Zach projects as a college 141. Along with Anthony Ferrari this makes for two nationally-ranked commits for the 2022 class for Oklahoma State. Blankenship was also recruited by Oregon State, Wyoming, Stanford, and Little Rock.