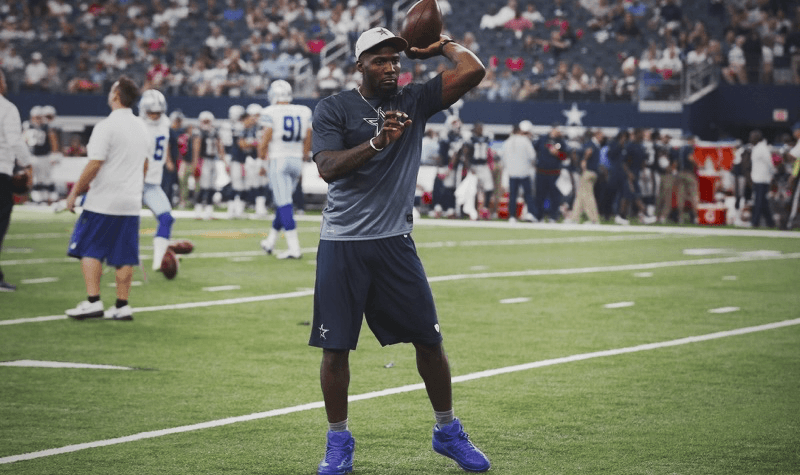 Dez Bryant is going to try and play again for the Cowboys pretty soon. Maybe this weekend. They certainly need it. They’re 2-3 and looking up at the Eagles and Giants as division leaders (both at 3-3).

Side note: how frustrating would it be if Dez came back the weekend Weeden got benched?

So where does Nike come in? Here’s the Dallas Morning News again.

Nike re-worked Bryant’s game cleats so that his right shoe is now wider than the left one. Nike made the right shoe wider for Bryant because they strengthened a plate that is already built into the outside of the shoe to better protect Bryant’s foot when he returns to the field.

Bryant’s new cleats came in last week and he’s been wearing them since he began working on the side with an athletic trainer Thursday at practice.