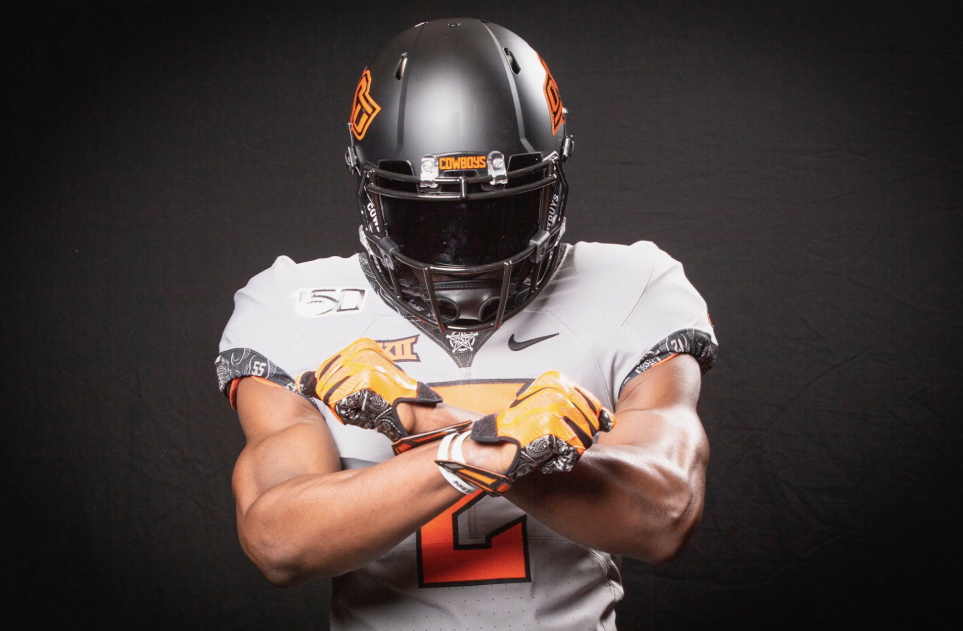 I won’t sugarcoat this: Oklahoma State is getting lapped in the race to compile its 2021 recruiting class.

It currently has the fewest commitments of any program in the Big 12 (one), ranks last in the conference (behind Baylor and Iowa State and TCU and, well, everyone else), and as of now, there’s no imminent rosy news on the horizon.

OSU may be stuck in last place in the rankings for a bit here.

Everything is usually so far ahead of schedule that often times OSU has double (or even triple) the number of commitments of Texas and OU by the summer — two programs who can afford to be selective and wait out blue-chippers who choose to take their sweet time in recruiting.

That may still happen yet — commitment season is usually the spring and not the dead of winter — but Oklahoma State has work to do (and a lot of it) to catch up in the conference. Ranked No. 61 in the country, the class is currently #onpace to be the leanest in the Gundy-era.

Things will change though. The spring brings good fortunes for all in college football, and so Oklahoma State will get its legs beneath it and start soaring. How soon will those fortunes turn? The before/after line is set at May and I’d take the before for when things get rolling. Now the question becomes, Who will turn those fortunes?

I’ve got my crystal ball out ready to predict how things could go from bad in the 2021 class to … better in the near future.

1. AJ Green, CB: What better recruiting pitch to AJ Green is there than to pitch him on the idea of becoming an equally — if not more productive — version of the AJ Green who just used up all his eligibility? That Green is headed towards a mid-round draft selection and had all-conference production at OSU. This Green, from Tulsa Union, could produce similar results. He’s a four-star prospect who OSU will have to beat out over OU.

2. Jeffrey Bassa, S: Bassa visited Oklahoma State last month, and the Salt Lake City native told PFB he came away impressed. Score one for Oklahoma State. It’s still early in his process, though, and interest is still flooding in. Right now Arizona State, Oregon State, Utah State and Utah are among those pursuing but he’ll have other options in short order. He’s a listed athlete but OSU is recruiting him as a safety.

3. Donovan Stephens, OLB: An in-state star Oklahoma State wants to keep within the state walls (and preferably in Stillwater not Norman). Stephens picked up his OSU offer a year ago, a sign that OSU prioritized him early. He’s still off the national radar for now but the 6-1, 205 pound frame is bound to get recognized by bluebloods — including OU — rather quickly.

4. Cam’Ron Valdez, RB: There are a number of Texas products at running back who OSU is pursuing in this class, but Valdez is the most intriguing (among those who are actually attainable). A 5-10, 190-pound speedster, he visited Oklahoma State last month and told me OSU’s message is clear to him: they want him to be the next Chuba Hubbard.

Bonus running back to watch here: Tavierre Dunlap. Valdez is said to be giving Texas Tech the googly-eyed emoji behind closed doors, and Dunlap would be a fine second-option. He’s 6-foot and 200 pounds, runs a 4.63 40-yard dash, and carries it like a battering ram.

5. Quentin Moore, TE: Moore is the son of former Oklahoma State All-American Mark Moore. He picked up an OSU offer last fall and visited then, too, and since then it’s clear OSU is the favorite. He’s currently at Independence Community College.