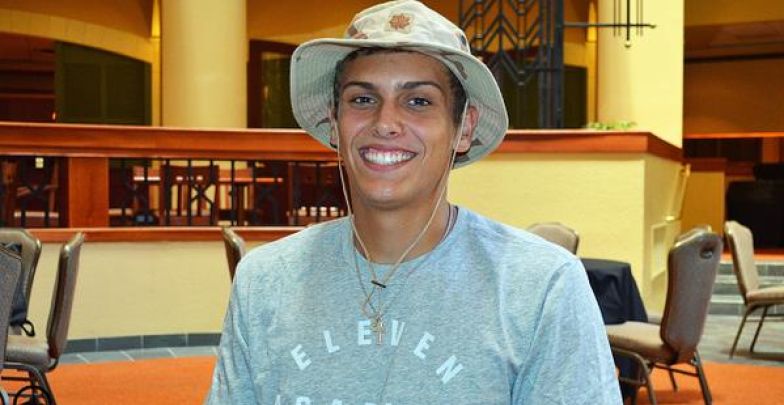 Oklahoma State quarterback commit Nick Starkel has already started competing in The Opening, which began Sunday afternoon. The Opening is a combination of the nation’s top 162 high school football players at Nike Headquarters in Oregon.

During this time, 18 of the best quarterbacks in the nation will face off, and Starkel is competing to be one of only eleven quarterbacks who will be named ‘Elite’ after The Opening.

Not surprisingly, many recruits and scouts view the quarterback as the ‘centerpiece’ or key figure in a recruiting class. Starkel was named to ‘Team Hypercool’, one of six teams that will compete. He joins Stanford commit KJ Costello and dual-threat quarterback Jawon Pass as one of three quarterbacks on his squad. That being said, here are a few prospects on Team Hypercool who could potentially be impacted by Starkel’s presence at The Opening.

Claypool is considered a Michigan lean from British Columbia. A four-star prospect that stands at 6’5, 205, he could make an impact immediately wherever he chooses to sign in February. He will announce his decision at the events this week.

Anderson is a Manvel, Texas product with 43 Div. I scholarship offers. He is a dynamic defender who, at 6’1 and 195 pounds, would project to fit in the Star linebacker position in Stillwater. Likelihood we see him suiting up in Stillwater? Probably the same likelihood that I steal the starting quarterback position from Mason Rudolph next season.

Eletise is a bit of a pipe dream here as well. OSU extended an offer earlier in the year, but the Hawaii big man has yet to make plans to visit Stillwater. At 6’4, 313 pounds, he would clearly be an instant impact player. Eletise is rated a four-star prospect, who is said to favor Michigan, UCLA, USC and Alabama. Perhaps blocking for Starkel this week will cause him to reconsider some of his options.