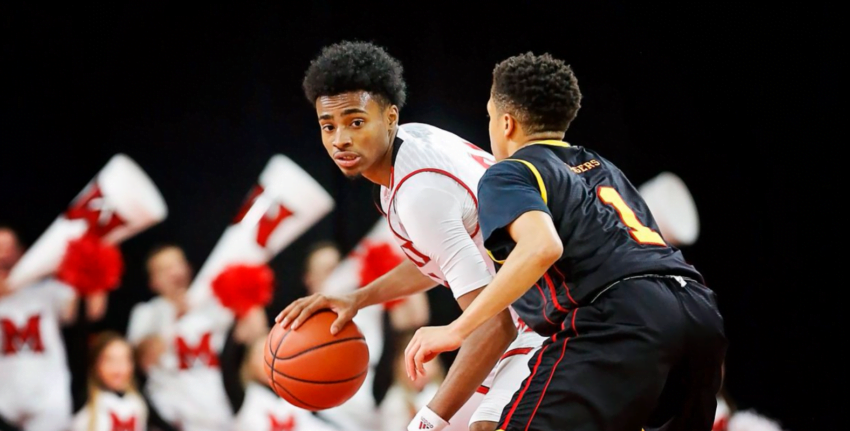 With Jawun Evans’ time in Stillwater possibly finished and Farmington Hills (Michigan) point guard Amauri Hardy recently re-opening his recruitment, OSU is on the prowl to bolster its depth chart at the point guard position.

Apparently, Mike Boynton and staff are searching the transfer market. According to one report, the staff has reached out to Miami (Ohio) point guard Michael Weathers — the MAC freshman of the year in 2016-17.

Michael and his twin brother Marcus spent this past season as freshmen at Miami University in Ohio together. Michael is a 6-2 point guard who averaged a team-high 16.7 points, along with 4.8 assists, 4.2 rebounds and 1.9 steals. They both are intent on transferring.

“My dream was always to play at KU,” Michael told The Kansas City Star.

The brothers won a state title for Shawnee Mission North in Overland Park, KS, which lies about 40 miles east of Lawrence.

But he did leave it open, stating, “As long as I can go into a program right away and help that team win, it doesn’t matter where it is, but yeah, I would love to play closer to home if possible.”

Wherever they choose to spend the next year, it will be on the bench. Due to NCAA transfer rules, the duo will be forced to sit out next year.
The Cowboys return Brandon Averette, who was good off the bench and will be a sophomore. Plus, four-star point guard Zack Dawson is on board with the Mike Boynton hire and reaffirmed his commitment to the Pokes last week. So if the brothers are a package deal, scholarship room might become a concern. But the Weathers brothers are names to keep an eye on as Boynton puts the finishing touches on the 2017 class.