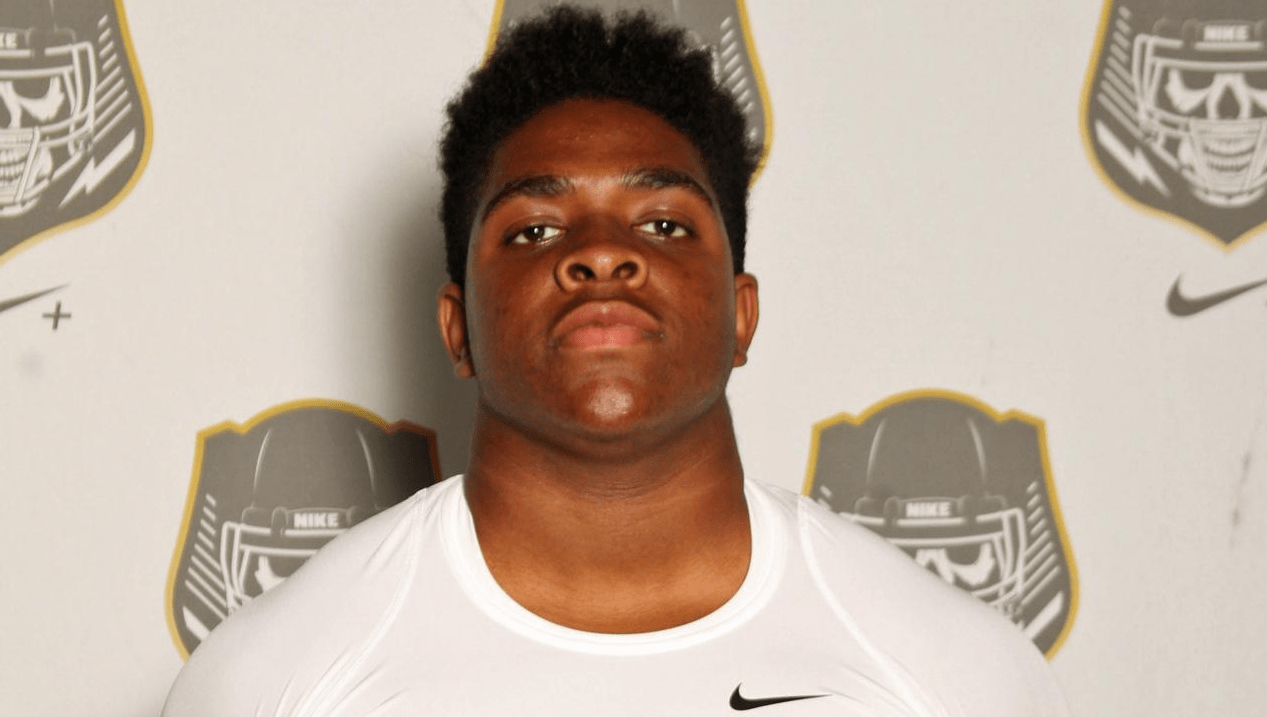 Mike Gundy, Glenn Spencer, and the Oklahoma State class of 2017 received a huge boost this week when 6’3, 250 lb. defensive lineman Nelson Mbanasor committed to the Cowboys.

Hailing from Hendrickson High School, he committed to play on the line for Joe Bob Clements, spurning fellow Big 12 suitors Texas, Texas Tech, Kansas, TCU, Baylor and Oklahoma, among others. Here’s some video on the defensive end.

Mbanasor was listed First Team all-District, and was named Defensive Line MVP at the Dallas Next Level Athlete Camp in January. Scout’s Gabe Brooks had this to say about him.

Nelson Mbanasor is an FBS-caliber defensive lineman who plays with a high motor and is solid at several different things. He moves around Pflugerville (Texas) Hendrickson High School’s multiple-front defense, going from the odd-front end spots to an even-front tackle position. Mbanasor plays well in all capacities; his versatility, combined with a frame that is still developing and has room to add bulk, make him an intriguing defensive line prospect who could fit a couple of different positions depending on scheme/front.

His best fit at the next level is likely in an even-front defense, whether as an end, especially a strong-side end role, or as a tackle. Strength is obvious in his ability to fight through blockers to make plays, especially against the run. Possesses the potential to be an even tougher assignment vs. run with improved leverage consistency and a more explosive punch. Overall, a versatile, hard-nosed D-lineman with a blue-collar style and plenty to offer college programs.

Mbanasor is also the younger brother of P.J. Mbanasor, a sophomore corner at OU.