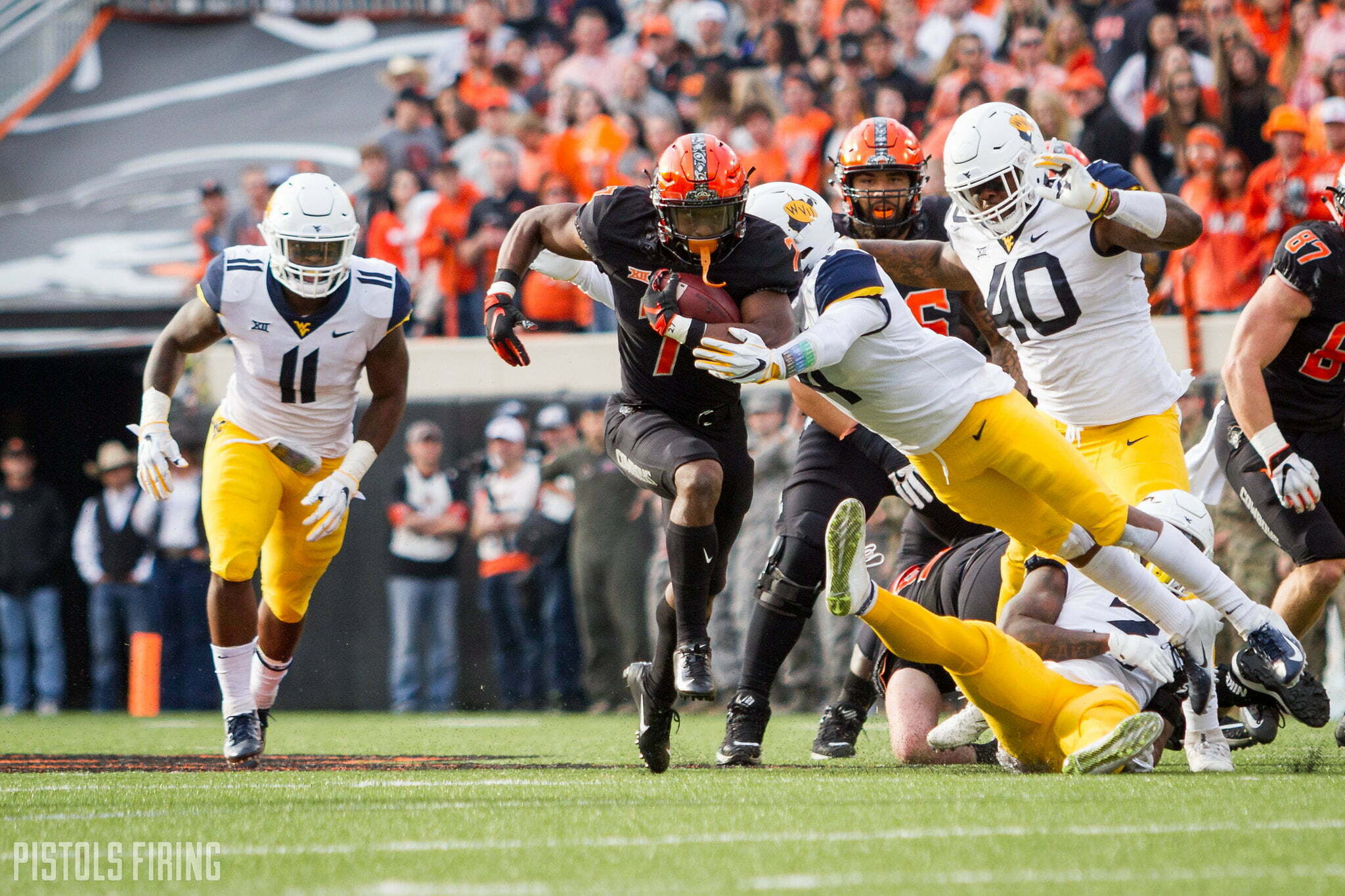 Welcome to the second of my hopefully 10 preseason questions about Oklahoma State (at this rate, we might not even make it to five). These are, of course, unanswerable — like a lot of the writing we do — but fun for discussion and debate.

1. Can you Change a Discipline Culture in One Year

Chuba Hubbard is obviously going to get the lion’s share of the touches, but there are plenty of question marks behind No. 30.

Here’s a sampling of who’s currently listed as a RB behind Hubbard.

It’s not exactly Hubbard backing up Justice Hill last year. And while the future seems nice, the present is pretty unknown. As we’ve seen with Gundy in the past, though (albeit more at QB than anywhere else), when in doubt, go with experience. That’s why I think LD might be the guy behind Chuba.

“LD has done really well,” said Mike Gundy recently. “He has come a long way. He’s a really good example of years of maturity. If those guys stay healthy through camp, they’ll be a good package. Dez (Jackson) is behind LD. Deondrick (Glass) is further behind.”

Again, this was as of 10 days ago. A lot could have changed between now and then. But while it seems as if Glass and maybe even Dez have more pure talent than LD, they don’t have Gundy’s most valued commodity … trust.

“(Jahmyl) Jeter looks really good,” added Gundy. “I don’t know if you all have seen him. He was a little bit heavy at this time last year, got up around 227 pounds. I think he’s closer to 215 now. He’s slim and starting to mature a little bit. I’m comfortable with all those guys carrying the ball. Behind Chuba, right now we don’t know, but those guys we have behind him, at this point I’m comfortable.

“Ball security is very important. That’s one thing we don’t know yet because they haven’t been out in the game and been hit when they’re tired. That’ll be important. If you want to carry the ball or touch the ball in this offense, you have to take care of the ball. They have a skill set. They just need some reps and to continue to work hard, but I feel comfortable at that position.”

Again, this reeks of a trust issue. Gundy has a thoroughbred in Chuba. He doesn’t need more talent. He needs somebody he can turn to when 30 needs a spell who’s not going to cough it up repeatedly. That guy will likely be LD.

What’s interesting here is that I doubt anyone will crack 100+ carries behind Chuba like Chuba did behind Justice last year and J.D. King did the year before that (OK, 99). OSU will likely (I think) run a few more variations out there at RB and maybe even ride Chuba in Year 2 harder than they rode Justice in Year 2 (268 carries!).

Regardless, I think (and probably even hope) LD is your RB 2 come September. It sounds like he will be, which may come as a surprise to those who haven’t been following super closely throughout the last year or so. But he’ll be a nice fill-in behind Chuba. And hey, if he averages 6.0 yards a pop like he did last year, Gundy could have another two-headed monster on his hands.