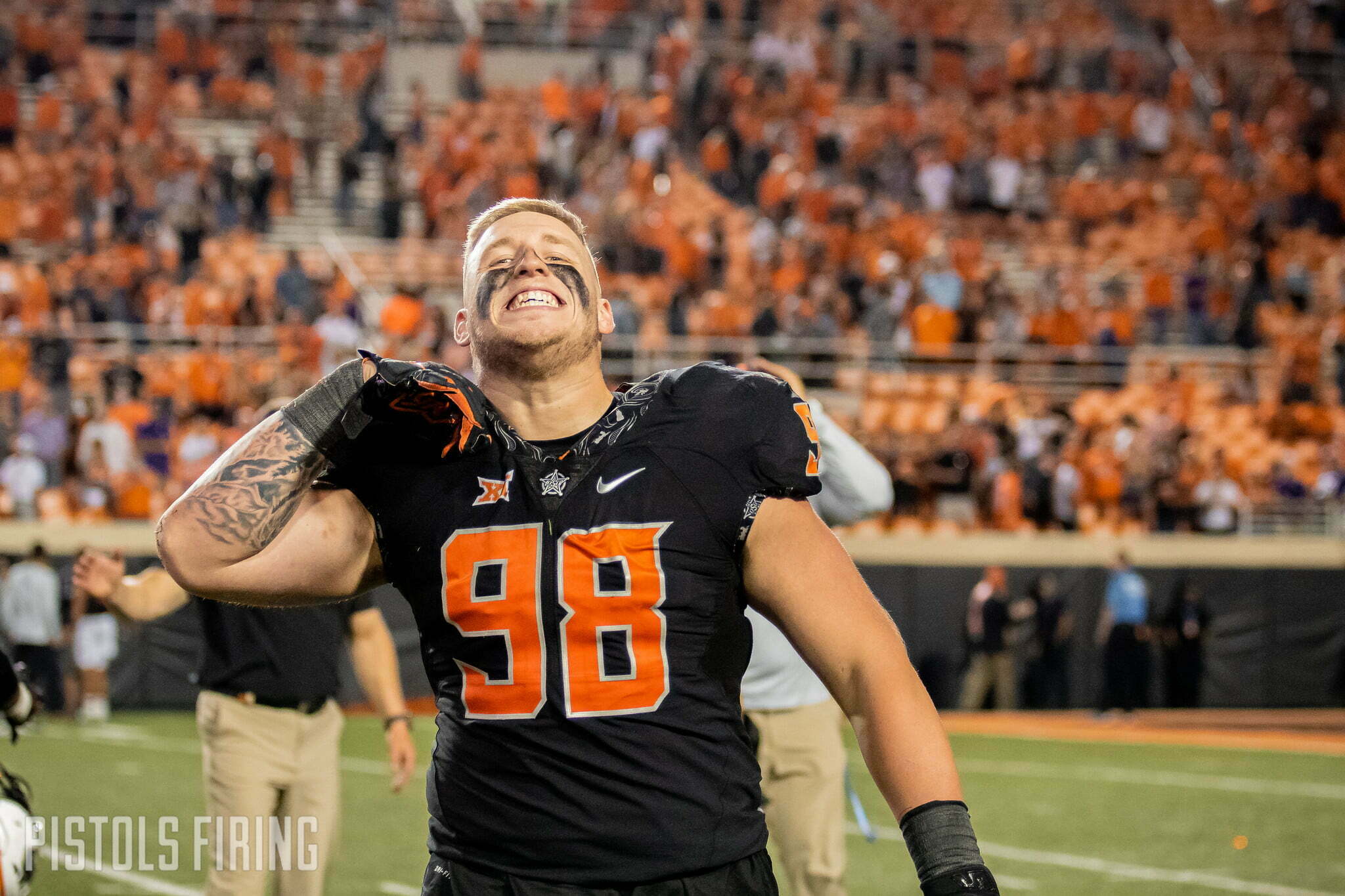 Oklahoma State did not score a single point in the second half on Saturday, but a win to get to 4-0 on the season was never really in doubt as the Cowboys — as they are wont to do — played the field position game beautifully and dominated on defense down the stretch.

The win moved OSU to 1-0 in conference play for the second consecutive year after going three years in which it opened league play with an L.

Here are 10 stats to know following the win.

1. OSU is 4-0 for the second consecutive season and for the sixth time in the Mike Gundy era.

2. OSU has now won six consecutive games dating back to last season. It is the longest winning streak for the program since winning seven straight in 2016.

3. OSU has won seven of its last home meetings against Kansas State. Mike Gundy’s career record against the Wildcats with the win Saturday improved to 9-5.

4. Mike Gundy now has 32 career wins vs. AP Top 25 opponents. Nick Saban and Dabo Swinney are the only other active coaches with more wins over AP Top 25 teams at their current schools.

7. OSU for the first time all season started the same offensive line on Saturday as it did the week prior.

8. Spencer Sanders completed the longest passing play of the season Saturday — a 52-yard completion to running back Jaylen Warren.

9. OSU’s defense has held its opponent to less than a 50% third down conversion rate in 15 straight games. It has also held 13 of its past 15 Big 12 opponents under their season scoring average.

10. Jaylen Warren rushed for 123 yards against Kansas State on 27 attempts. It’s the ninth time in the last 14 games that OSU has had a 100-yard rusher.