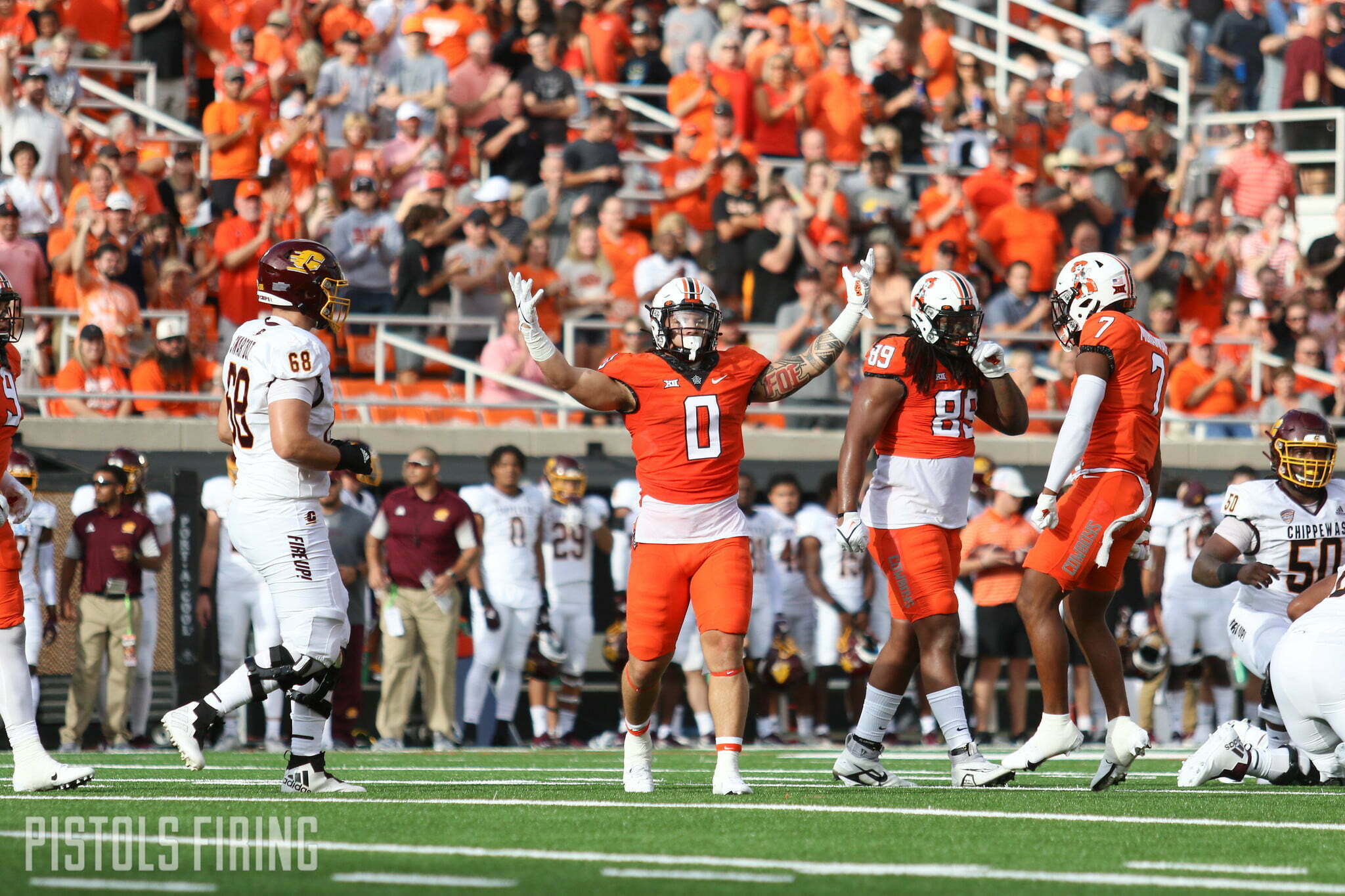 A 58-44 win for OSU on Thursday to open its season was impressive early and then somewhat troubling late as the visiting Chippewas staged a furious second-half comeback that ultimately fell flat. There were plenty of positives to take away from the win, though, including some important landmarks that came amidst a 1-0 start.

Here are 10 things to know.

1. Spencer Sanders set new career-highs. QB1’s previous career-high passing yards mark entering the game was 400 yards. He eclipsed that with 11:30 left in the fourth quarter, finishing with 406 yards and four scores (as well as two rushing touchdowns.) His six total touchdowns also set a career high for him.

2. OSU defense’s forced safety vs. CMU was its first forced safety in a game since Nov. 28, 2020, when it played Texas Tech. Tech also scored 44 in that game (and also lost).

3. OSU’s 44 first-half points marked the team’s highest points total at halftime since scoring 49 against Pittsburgh in 2017.

8. OSU had four touchdowns through the air and four on the ground in the same game for the first time since doing so against Louisiana-Lafayette in 2012.

10. Oklahoma State is 115-27 under Mike Gundy when outrushing the opponent.