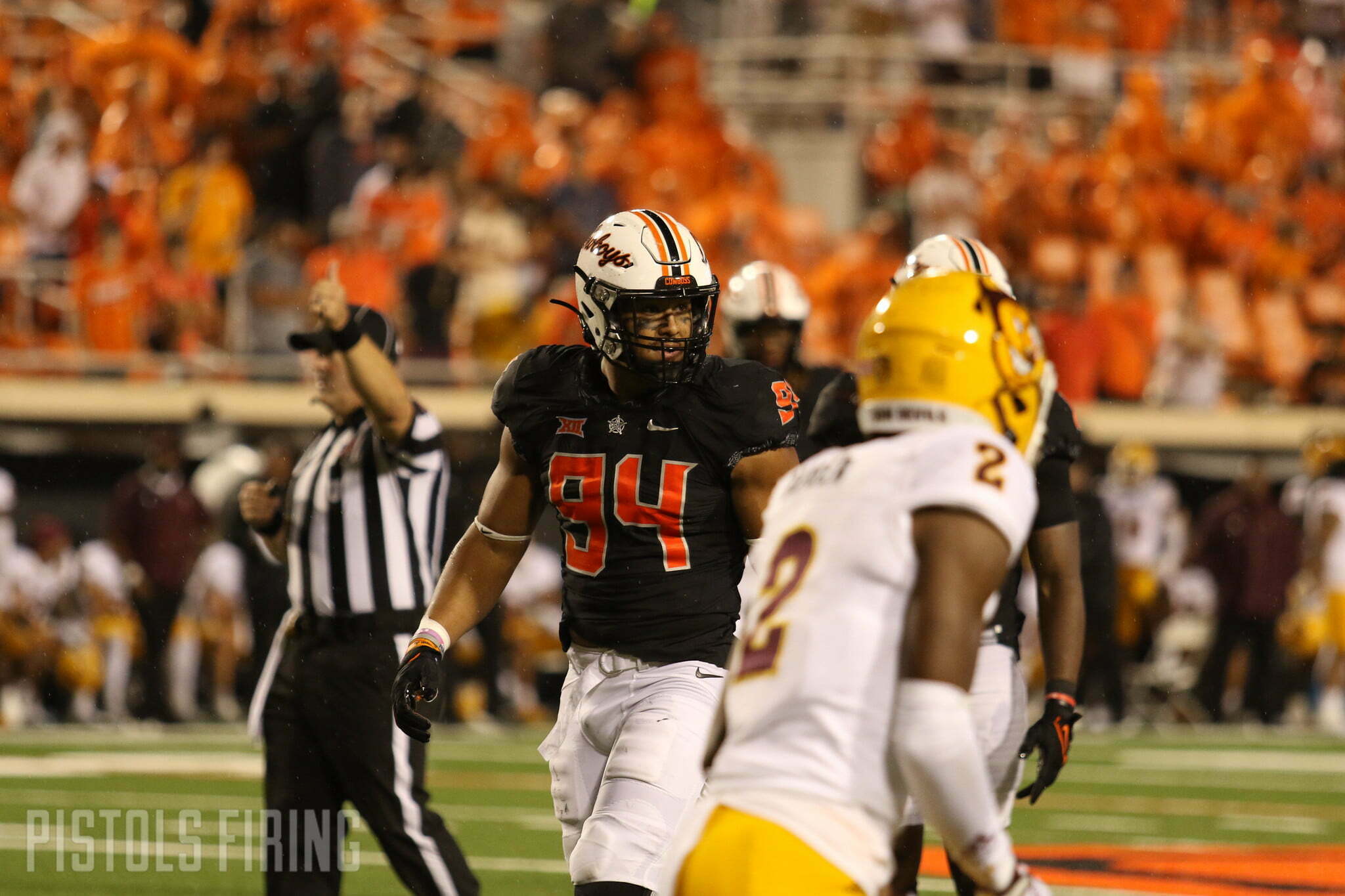 After bludgeoning Central Michigan in Week 1 early (and finishing with a whimper), OSU on Saturday did the opposite against Arizona State in its 34-17 win — starting slow before finishing with a flurry.

Here are 10 things to know. (And make sure to read Marshall’s 10 Thoughts before you dive in!)

5. OSU moved into the Top 10 of the AP poll on Sunday, marking the 11th time in the last 15 seasons it has cracked the Top 10 in the AP poll during the season.

6. Oklahoma State has outscored its opponents, 45-8, in the second quarter this season.

7. A stunning stat to highlight the explosiveness of OSU’s offense: nine TD drives this season have taken place in two minutes or less, most among all teams at the FBS level.

8. Sophomore receiver Bryson Green set career-highs in receptions (5) and in yards receiving (83) in the win over ASU. His 31-yard TD catch also marked the longest catch of his young career.

9. How good is OSU’s front line at applying pressure? Last season through two games the defense — which I think was the best in program history — had 15 tackles for loss. This season it already has 21 (!!) tackles for loss.