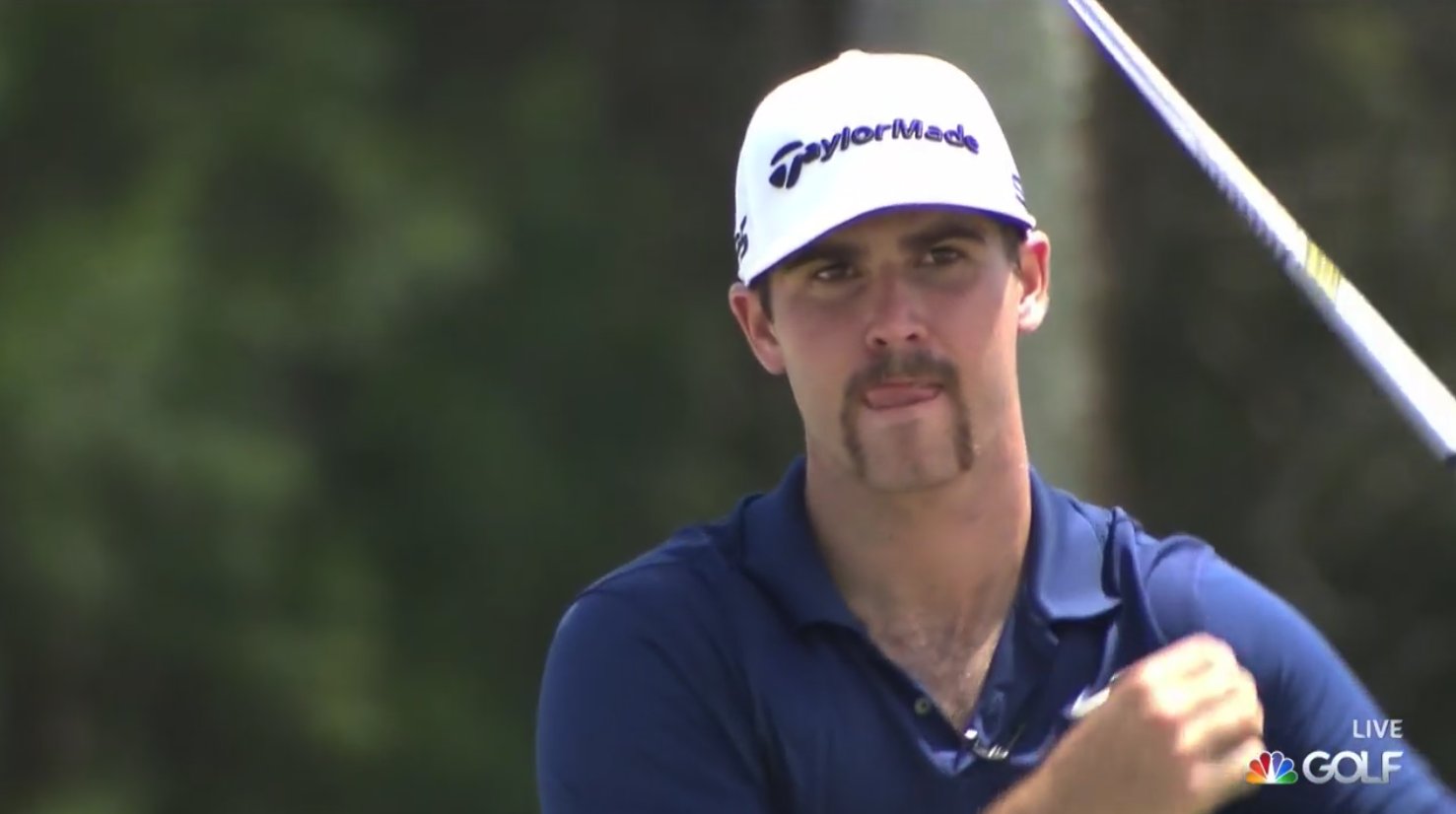 I dropped five takeaways for CBS Sports on Monday morning, but I wanted to take a look at the first live sporting event I’ve had to cover in two months from a more Oklahoma State-centric perspective.

Rickie Fowler and Matthew Wolff — despite leading for most of the TaylorMade Driving Relief skins match on Sunday at Seminole Golf Club — got clipped at the very end by Rory McIlroy and Dustin Johnson. All of this after Rory hit a shot just inside of Wolff’s in a closest-to-the-pin competition from 120 yards that was used to determine a winner following a tie over the first 18 holes.

Here are 10 quick thoughts on the festivities.

1. Get Fowler a back brace! He was tremendous throughout, making birdie at seven of the first 16 holes and generally dragging Wolff around Seminole. He looked as if he’d actually been working on his short game during quarantine unlike DJ, who looked like he just learned what a short game was on Wednesday. Fowler thrives at wind-swept, complex courses like Seminole, and that was apparent on Sunday.

Looking for help from your partner. pic.twitter.com/u0JiZ6beR0

2. The best cause: Things got a little tense at the end as Wolff, DJ and Rory all had putts on No. 18 for $1.1 million total to go to coronavirus relief efforts (Rory and DJ were playing for the American Nurses Foundation, Fowler and Wolff for the CDC Foundation).

Following misses by all three, it went to a closest-to-the-pin competition on the par-3 17th (more on that below). Regardless of who won, though, there was still over $5 million raised from places like UnitedHealth Group, TaylorMade and even folks texting in from home. Star power used in the right way is always compelling, and for some reason this video clip really hit me.

Thank you to everyone who tuned in and donated. Over $5.5 million in donations for COVID-19 relief so far👏👏👏https://t.co/nZewpmZC2m #DrivingRelief pic.twitter.com/RknAiyxMxc

3. The finale: Let’s talk about the last hole. Big Rick got a little hosel adjacent (!!) on his shot following Wolff’s “good but not great” (his words) shot into No. 17 to about 20 feet in the closest-to-the-pin competition. My favorite part, though, was Fowler auditioning for the role of future Presidents Cup captain before Wolff hit when he told his partner, “Rise to the challenge, show me something!” It always sounds disconcerting when somebody who’s as even-keeled and cool as Fowler gets a little ratcheted up, but that was a legit kind of cool moment in the middle of an exhibition golf match.

4. The facial hair: Rory can’t do it, and while DJ’s beard rocks, Fowler and Wolff blew them away even if Wolff had a little too much “Baker Mayfield wearing a sheriff’s badge in Stillwater” vibe going on for my liking.

Is Rickie Fowler on the modern-day Mount Rushmore of people that can pull off a mustache? Off the top of my head I'd put Rickie and Aaron Rodgers up there.

5. Bombs on bombs: More on Wolff. It’s always fun to contextualize length. If you played even high school sports and remain mildly athletic, you probably appear lengthy off the tee at your local driving range (or Top Golf). Then you go hit next to a college player or aspiring pro, and it’s like, “Oh. That’s what it looks like.”

Imagine that, but with the best player in the world. I knew Wolff was long, I did not know he was “You could build a Boone Pickens Stadium and maybe sneak a Gallagher-Iba Arena between his and Rory’s drives on some of these holes” long. 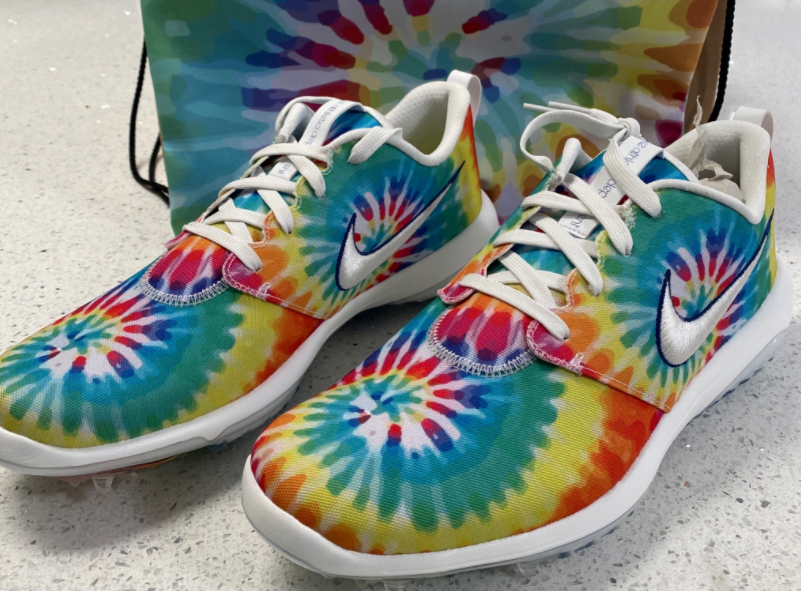 7. Swing Yo’ Swing: Speaking of building stadiums between things, I think you could do the same between Fowler’s and Wolff’s backswing. Fowler could not possibly be any more laid off, and Wolff looks like Hipster Jim Furyk. Sunday was a master class in why you shouldn’t learn how to play golf off a trackman in a net in your backyard. I could stare at these photos for a solid 30 minutes and not tire of them. 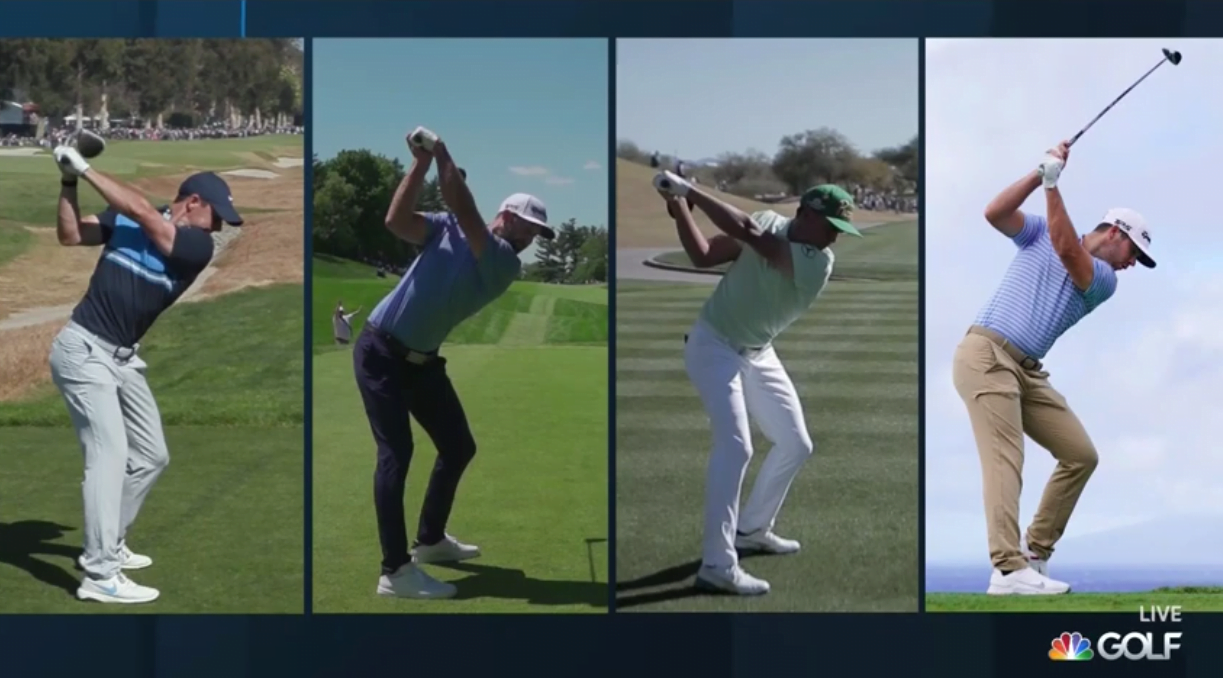 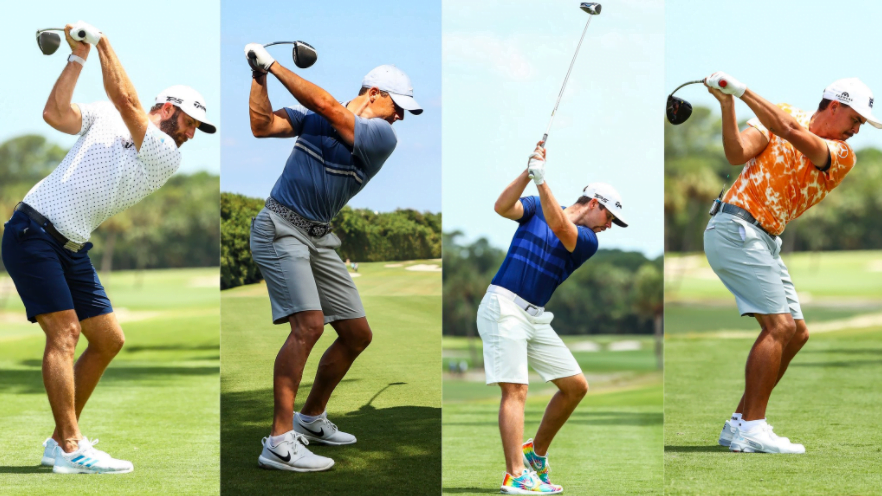 8. Wolff needs some polish: I’m not talking about his actual game but rather about the way he interacted with the other players. He was clearly uncomfortable off the top of the broadcast (with good reason!) and tried to compensate by landing the best and loudest jokes. They unfortunately didn’t always land — mostly because DJ wasn’t amused — and the result was a couple of semi-awkward exchanges. Wolff is a monster personality (his two-fisted hip-thrusting celebration of a Fowler birdie was a moment of the day) — and that will become more apparent as the years wear on — but Sunday was not the greatest display of it on a national stage.

(Related: I’m glad I never had to wear a mic on national television when I was 21).

9. So Much Sauce: Fowler is really good in atmospheres like he was in on Sunday, and his reaction after making birdie at the 11th for $200,000 (for charity) was both awesome and hilarious. One staple of #TourSauce (doing things only PGA Tour pros would do) is to wave to a crowd that’s not there. There were probably 11 other people on the entire course, and he reacted like he’d just made an eagle on the 18th hole on the weekend at the U.S. Open, which is perfect. 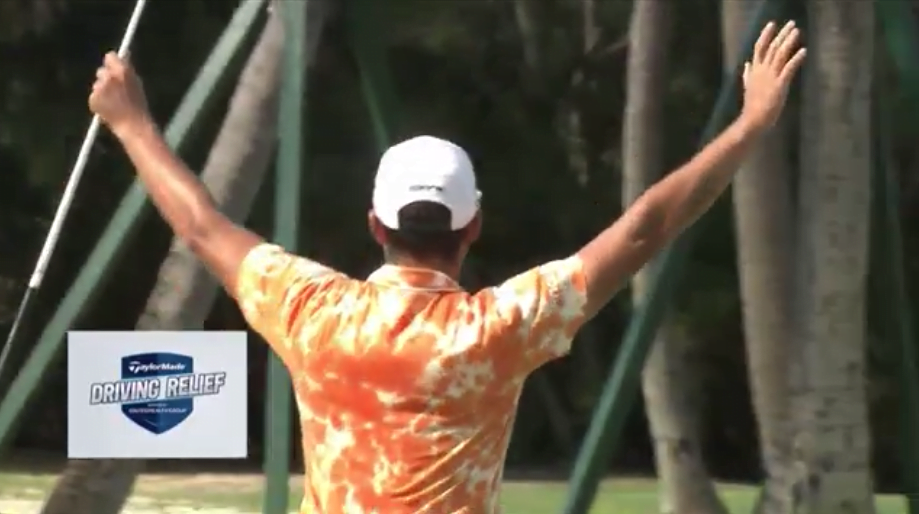 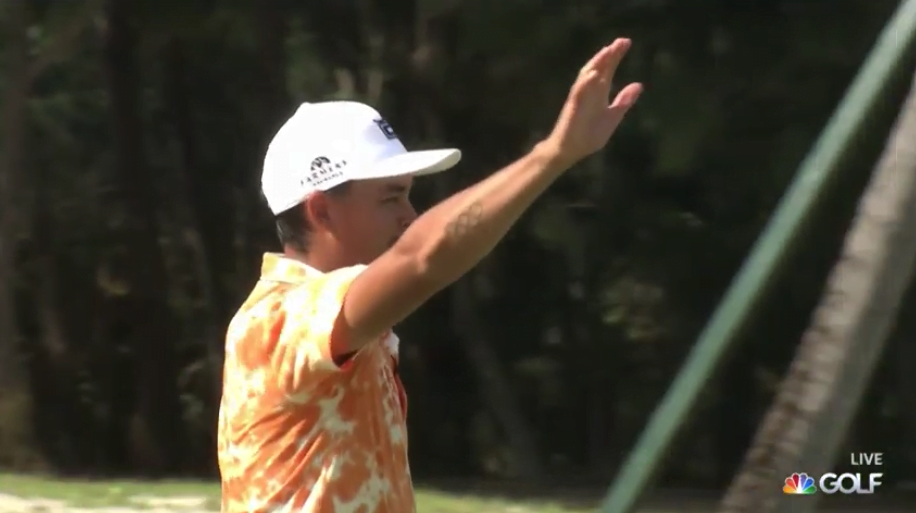 10. The Big Opportunity: I wrote this for CBS as well, but Fowler’s birdie barrage during the middle of the event made me wonder what that would look like if you extrapolated that run to the next year-plus. The number of big tournaments and majors these guys are about to play between this June and next August is staggering (seven majors, a Ryder Cup and an Olympics), and an entire career could be shaped (or re-shaped) if you find a single 15-month heater. Are Fowler or Wolff capable of something like that? I think they are — Fowler more so than Wolff — and it made me wonder what it would be like if, two years from now the conversation is not, “Is Fowler the best player never to win a major?” but rather, “Do you think he can get to three of them?”