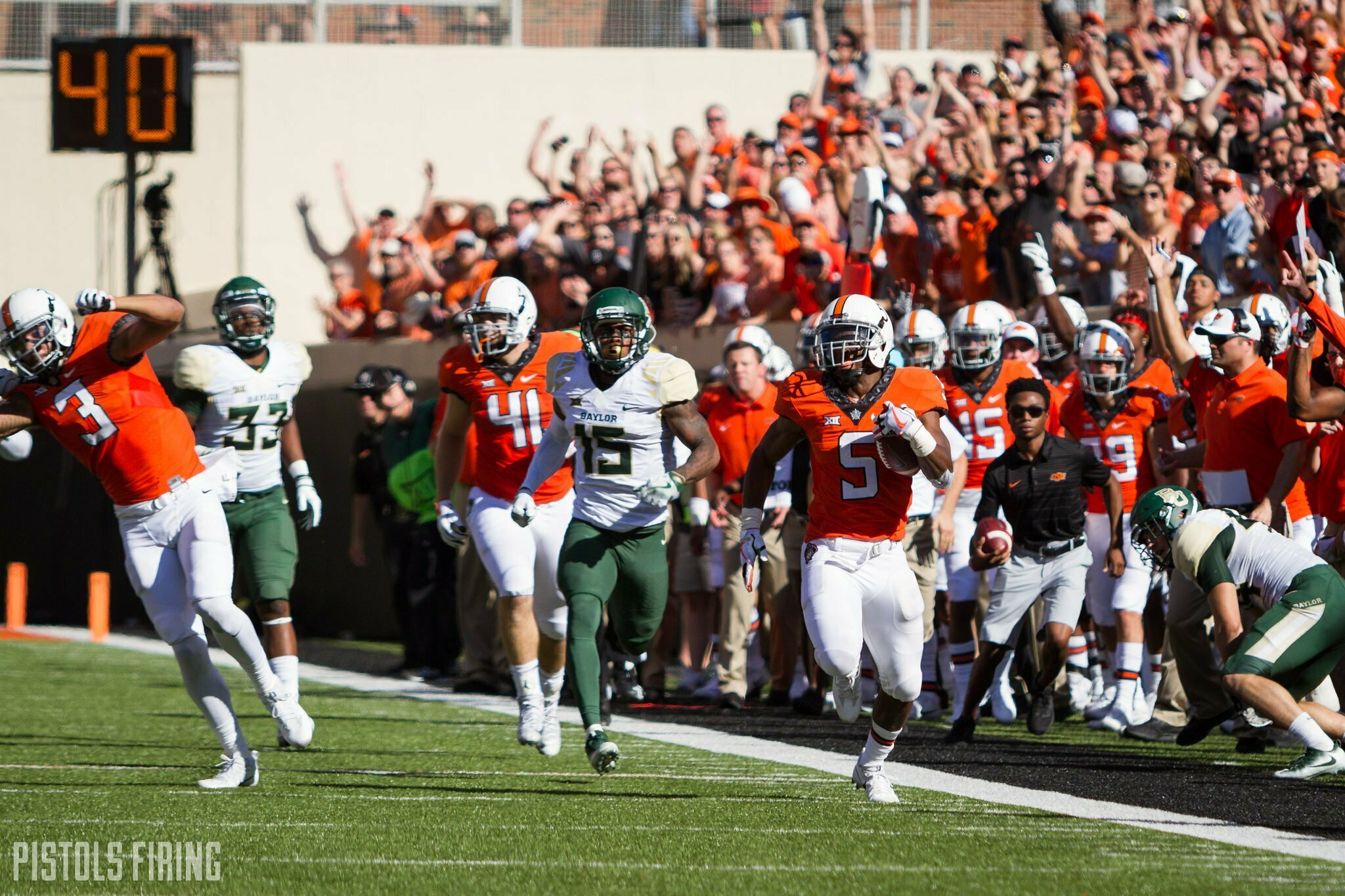 The next game up in the 2017 successful play series is Oklahoma State’s 41-24 victory over Texas Tech. If you want to check out my previous posts from the TCU or Pittsburgh games, they can be found below:

After covering several passing concepts in the TCU articles, I’m going to talk about a running play for this first post from the TTU matchup. That particular running play is a Dart/Fold Tackle Under Guard (TUG) Zone concept.

As a refresher, the terms Inside Zone and Outside Zone refer to blocking schemes that have the offensive linemen blocking specific gaps instead of a certain defender. If an O-lineman has a defender lined up in front of him, he blocks him. If he doesn’t, then he steps toward the play side and either helps double-team a defender or moves to the second level. What’s different in this particular play from a normal zone scheme is that the backside tackle and guard perform a “fold” block. See an example of a TUG fold block in the image below. 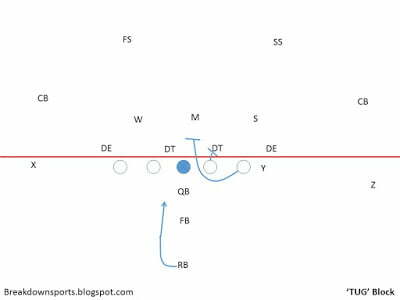 The primary reason why the Cowboys execute a fold block here is due to the alignment of the defense. Take a look at the play I drew up below from the TTU game and notice that the Red Raiders are lined up in a three defensive linemen front.

With the right defensive end shaded inside the tackle, it’s easier for the right guard to kick him out and open up and hole on the backside while the right tackle folds around and attacks the linebacker to that side. As you’ll see in the play below, this opens up a huge cutback lane for former Cowboy running back Justice Hill and was something used pretty frequently from about the middle of the second quarter on against Tech. Let’s take a look at the play we are discussing below.

Fold blocks like this one are a great wrinkle to throw at the defense. One reason is that it keeps defenders guessing as normally when they see a backside lineman start to pull, they expect him to move all the way across to the playside. The addition of the left side of the line blocking outside zone to the left adds even more confusion for the defense and allows for the possibility of a big cutback lane, similar to what we saw in the clip above.

This wasn’t a play I remember seeing a lot last season from the Sean Gleeson-led offense, but maybe it will be something that current OSU offensive coordinator Kasey Dunn adds back into the mix.