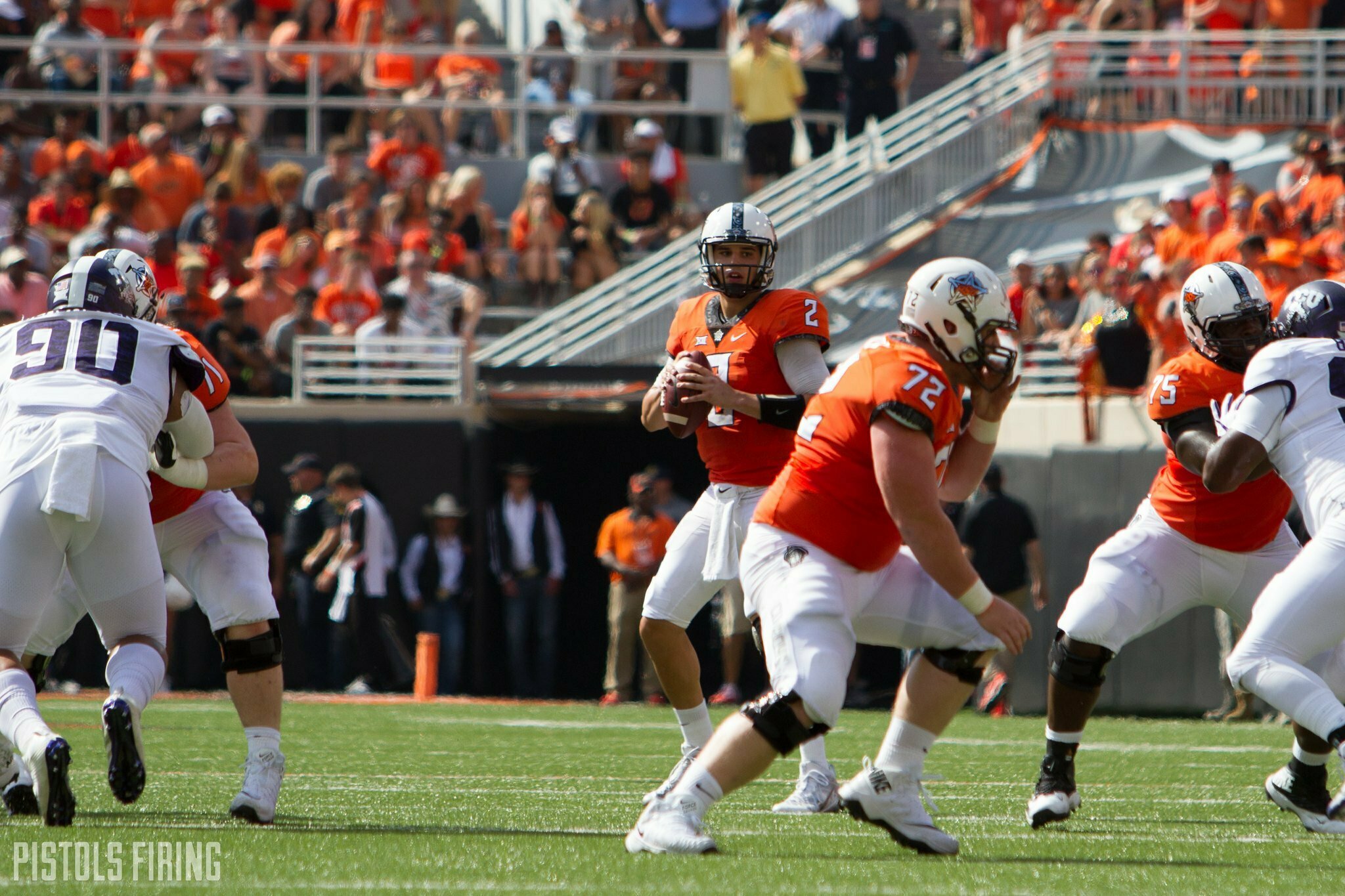 For this installment in my successful play series, I take a look at another Oklahoma State passing play from the 2017 season, the Spacing Concept. If you want to check out my previous posts from the TCU game or the articles on the Pittsburgh game, they can be found below:

Now, what is the Spacing Concept? Mark Bullock of The Athletic explains it in detail below:

Spacing is a three-man concept that does exactly what it suggests: It spreads out the defense to attack spaces between underneath zones. It’s typically run from a bunch formation with three receivers or from a stacked set with a tight end and a receiver stacked tight to the formation while the running back completes the third part. One receiver, usually the point man (the receiver at the tip of the bunch), will run a hook over the middle of the field. Then another receiver will run a slightly deeper hook in the seam somewhere between the hash marks and the numbers. The third receiver will then work out to the flat. [The Athletic]

This route combination was first made popular in the West Coast Offense. It stretches the defense both horizontally and vertically with the three routes mentioned by Bullock above. In addition, it gives the quarterback multiple options on the same side of the field.

Now, let’s take a look at the Cowboys version of this play.

As you can see above, the Cowboys have the out route to the flat run by the number two receiver to the trips, or three-receiver side, along with the deep hook, or curl, route that Bullock mentions above. Instead of a middle of the field curl, you can see the receiver closest to the offensive line run a post.

If the QB liked the one-on-one matchup to the single-receiver side pre-snap, he can throw this route, but if he’s working the spacing concept he would typically look to the middle of the field route first. Again, as I previously mentioned, if he sees something he likes pre-snap such as zone coverage, the quarterback could drop and instantly throw to the flat route. It all depends on his read.

In the following video you’ll see this play in action from the matchup with the Horned Frogs.

Below is another angle of the play above.

Next is an example of the QB throwing to the inside receiver who is running more of a crossing route than a post this time.

Lastly, here the inside receiver runs a middle curl and the receiver running the out route turns it into an out-and-up route.

This route combination has been used pretty frequently in the Oklahoma State offenses of recent years. I expect it to continue to pop up next season as well. If you want to learn more about it, Coach Wesley Ross breaks down the OSU versions of this concept in more detail in a recent post here.