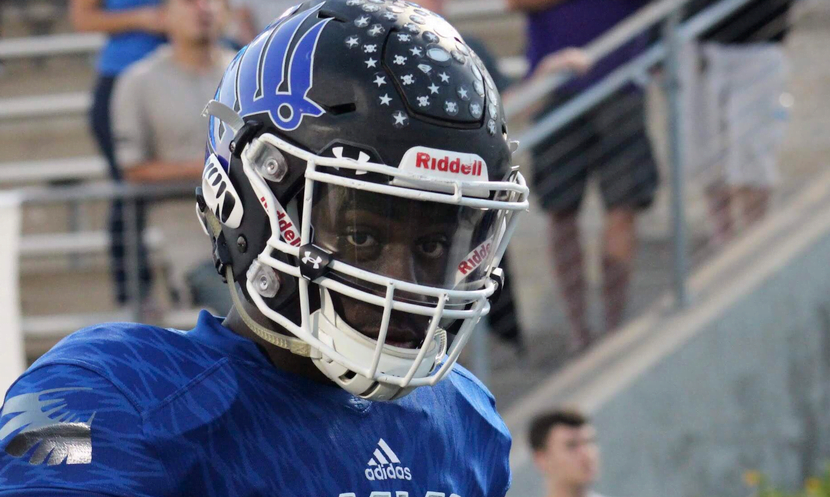 As a general observer, it’s easy to forget how big Mike Gundy’s celebrity status has risen through the years. He was once the I’m a man, I’m 40! guy — still is to some. But his star has brightened thanks to his nationally-recognized mullet, his sometimes entertaining on-field antics, and his general demeanor that leaves open the possibility for him to go on rants ranging from social media to social affairs to what he fed his donkey, who goes by Blackjack, for breakfast.

But to recruits, all that is in their minds as they make visits to Stillwater is to survey what it’d be like to play football at Oklahoma State — and for Mike Gundy. So when 2021 linebacker Derrick Harris met the man, the myth, the real Mike Gundy this week, he was taken aback.

“It was pretty good,” Harris told 247Sports of his time at OSU during camp. “I didn’t really see [coach Gundy] throughout the day, he was kind of scattered. So, when [the coaches] said come here, I was wondering what was going on and then I saw [it was coach Gundy] and was ‘Oh, this is pretty awesome right here.’”

I’m sure Gundy hit him with a “listen, 23, you’re a great player and we really want ya!” Maybe even a “I can tell football and family are important to you, and you seem quite muh-terr.” Whatever the delivery, he headed back home with an OSU offer in hand:

Harris is a 6-3, 215-pound hybrid backer from New Caney High School in New Caney, Texas. OSU joins Miami, SMU, Baylor and Tulsa among those who have offered.

Though it’s still early in the recruiting process for 2021 relatively speaking, OSU has been selective handing out offers at outside linebacker in the class in part because, after the current cycle, OSU will be short on spots to offer. Harris joins Del City star Donovan Stephens and Santa Ana five-star Raesjon Davis as the only outside backers to hold offers to this point in the 2021 class.