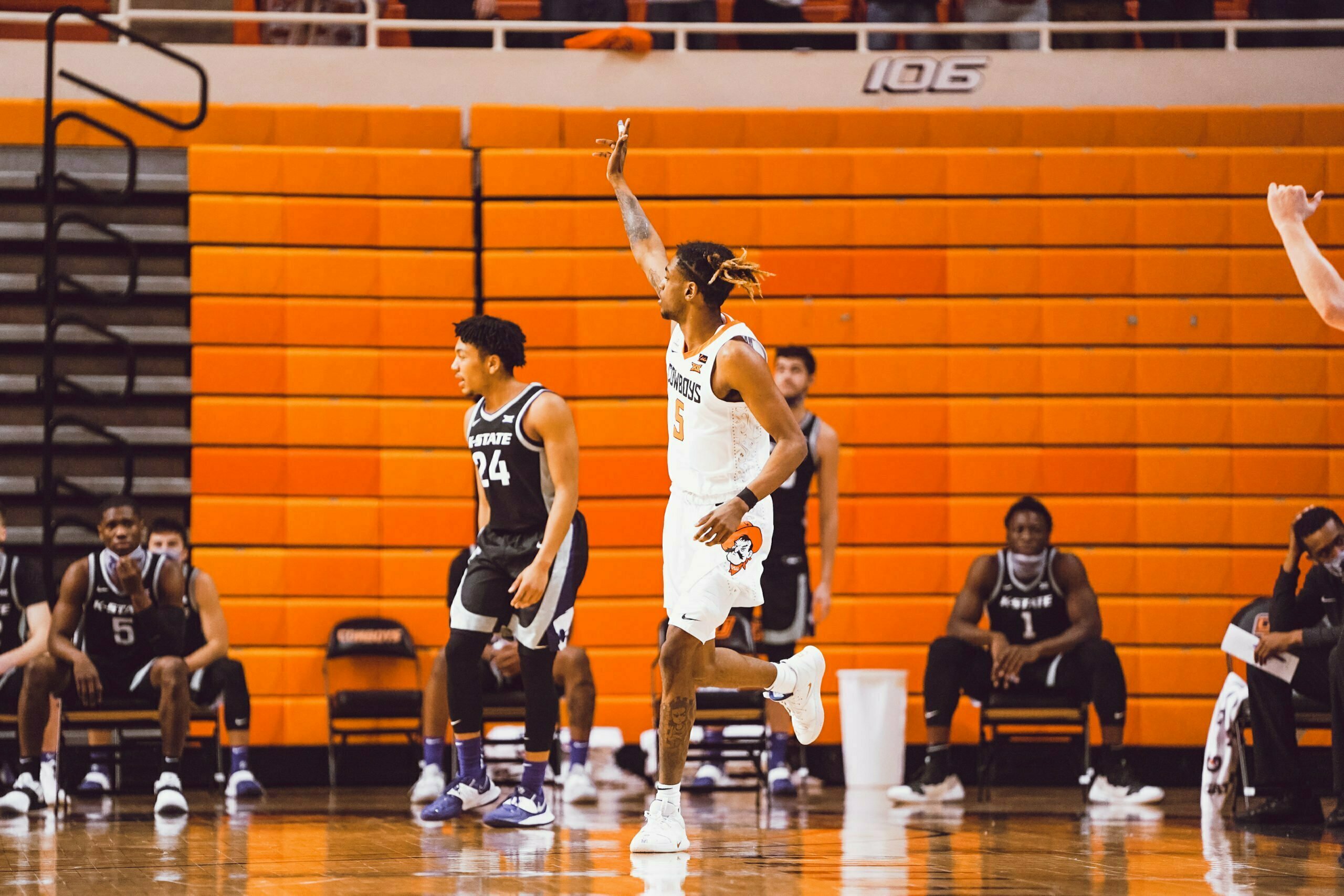 The NCAA Tournament put a microscope on the Oklahoma State’s poor 3-point shooting, as the Pokes went 11-for-44 (25%) from deep in two games. That’s worse than their season percentage of 33%.

As OSU preps for a new season, it will (likely) do so without Cade Cunningham. Cunningham proved he was no Ben Simmons clone, as he was the Pokes’ most consistent 3-point shooter this season. He went 62-for-155 (40%) from 3-point range this season. He made 28 more 3s than any other Cowboy, and his percentage trailed only Isaac Likekele, who had only 18 attempts.

With Cunningham likely gone to the NBA, the Cowboys’ 3-point questions only loom larger. Without Cunningham’s contributions, OSU was 128-for-418 (31%) from 3-point land this past season.

The Cowboys don’t necessarily have to add players to improve from 3, though they could do that with guys like Jawaun Daniels or Justin Powell. Boynton has guys like Rondel Walker, Bryce Williams (if he returns) and Keylan Boone who were all streaky from 3 this past season.

Walker was 0-for-7 from deep in the NCAA Tournament, but he was 2-for-4 in the Big 12 Tournament. There were also five games this season where Walker hit three or more 3s.

Williams hit three or more 3s on six occasions this past season despite shooting 32% on the year. Boone went 3-for-8 from deep against Oregon State. He also went 3-for-5 in Morgantown without Cunningham and Likekele.

Those three guys and guys like Chris Harris and Donovan Williams have the ability to hit 3s, but consistency is key.

The summer before Thomas Dziagwa’s junior year, Boynton challenged him to hit 25,000 shots. Dziagwa made 43% of his 3s in his junior season. His 105 3-point makes that year were a career high.

I’m not sure any of those guys are going to turn into Dziagwa, but if those guys can bump up their percentages, it will go a long way in allowing OSU to take that next step in 2021-22.