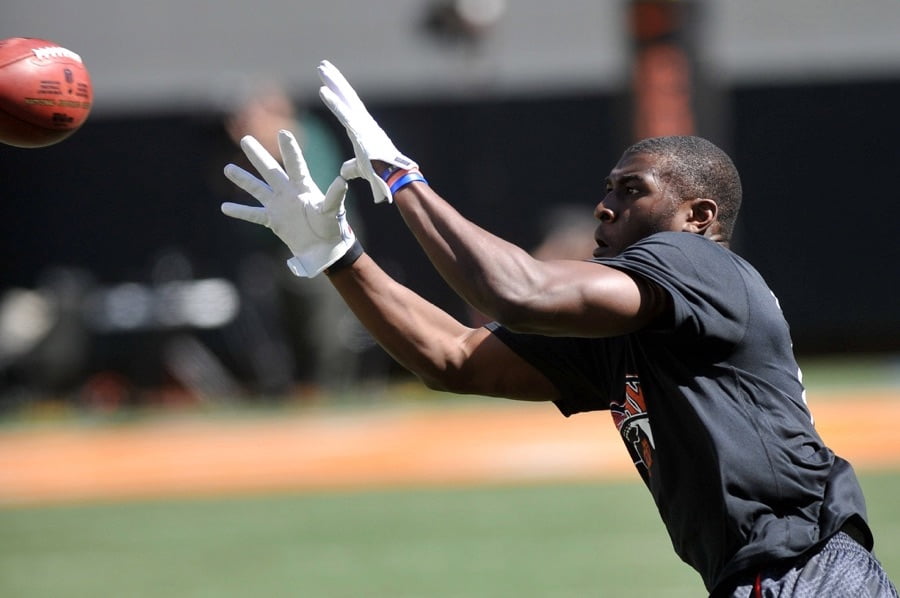 This was discussed a little bit earlier this year but not with the detail revealed this week. Justin Blackmon was shadowed around Stillwater, according to former Bucs GM Mark Dominik.

“We found out there was a bar called the Cricket Inn or the Cricket, which was a popular bar there in Oklahoma State,” said Dominik on ESPN Radio.

“He [the scout] sat there for one week, went in at 3 o’clock every day and stayed until 11 o’clock at night. That was his job, and we checked how many times did Justin Blackmon come in? And he came in too many times and we took him off our board.”

I got a great email from a reader today that confirmed pretty this saying that Blackmon was passing out shots most nights of the week “along with Christian Littlehead (when Littlehead wasn’t punching people in the face).”

People can criticize organizations for shadowing future employees all they want, but I don’t blame them. If I’m about to invest an a multimillion dollar asset, then that’s just part of the due diligence.

The strangely illegal part might just be the draft itself (a Friday rabbit hole if you’re interested).