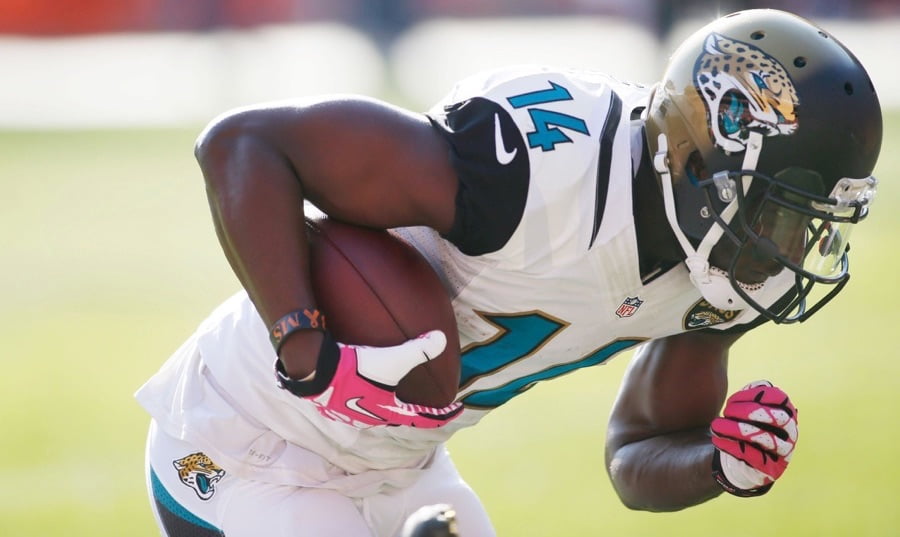 This is not a good look for Justin Blackmon. (USATSI)

On a scale of 1 to Randy Rutherford it sounds like Justin Blackmon might have been going to the bars in Stillwater too often in college.

Who didn’t post up at Murphy’s every once in a while, right? But according to a recent quote from Tampa Bay Bucs GM Mark Domenik, it was too much.

Here’s Big Cat Country[1. Would also make for a great name for a Tiger Woods blog.]:

“Justin Blackmon is a guy we could’ve considered in the 2012 draft with the No. 5 pick,” former Tampa Bay Buccaneers general manager Mark Domenik said on ESPN, via Charlie Bernstein of JagsInsider.

“Shoot, we went all through Stillwater, we went to a bar. We had a scout who went to a bar for two straight weeks and watched if Justin Blackmon did come in or didn’t come in. He said that he was in there a lot.

“That made us decide that was not the player we were going to take. We try to find as much information as possible on a player and sometimes that puts an area scout.”

I don’t know whether to be more disturbed that NFL teams send scouts to college bars or that Blackmon’s problem extends into his days in Stillwater.

Sad story aside, there’s some humor in this tale.

Tampa Bay had the No. 5 pick (as noted above) which Jacksonville traded up to get and draft Blackmon who it seems like had a zero percent chance of getting drafted by Tampa to begin with.

h/t Tulsa World on the find