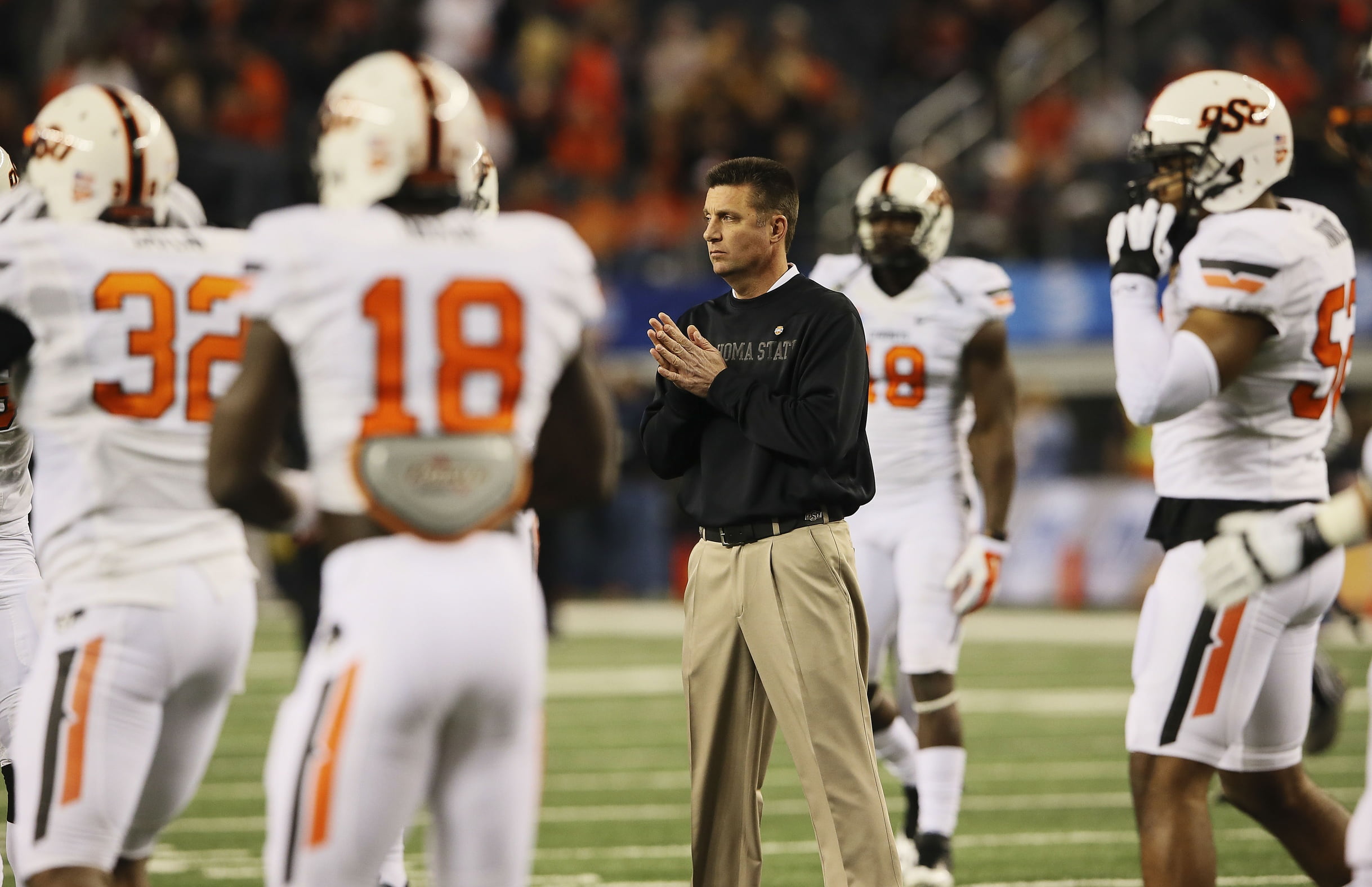 First things first, OKC Dave is a boss. He’s been pumping football surveys for longer than I ever even thought about running this blog and the history of the thing is what makes each year’s version even better.

Plus his ability to consume copious amounts of data and information and deliver something easy for OSU fans to devour is unparalleled. I can’t overstate how cool it is that he does this survey every season.

Okay, enough kowtowing to my statistical counterpart, I want to run through a few thoughts I had on the outcomes of this season’s survey results.

• 7.7 games seems like the right number. It’s tough to see this team winning nine but it’s also difficult for me to envision a Mike Gundy-coached team slipping to six. I think the number will end up being seven or eight before the bowl game.

• Who didn’t put the Missouri State game at 100 percent? If Gundy loses that game his approval rating is going to make Travis Ford’s look like George W. Bush’s two weeks after 9/11.

• That confidence against Baylor nosedive is pretty incredible. From 88 percent in 2011 to 75 percent to 71 percent to 42 percent this year. The Art Briles fear is real.

• One thing I started thinking about as I looked at the bar graph of how many games OSU should win: Is there a better chance of OSU winning 12 games or three? Has to be 12, right? If you only win three that means you lost to everybody but Missouri State, UTSA, and Kansas. Yikes.

• I’m proud of my readers for having the most tempered expectations on this season. I feel like a marriage counselor who’s been preaching “hey, first three years, yeah, gonna suck at times….it gets better, though!”

• I found it interesting that 23 percent of folks are a little less interested or a lot less interested than last season. I’ve actually seen that in my traffic numbers, too. Where art thou, Sports Illustrated?

• We might as well just rename Kansas State “OSU North” given our apparent love affair with them. How did they get 45 percent of the “my favorite non-OSU Big 12 team” vote when no other teams got over 11 percent? Are they the least threatening? Least annoying? Most like us? All of the above?

One thing I do know, no two head football coaches in the country have more varying hairstyles than the coaches of Oklahoma State and Kansas State.

• We went from 85 percent confidence last year that OSU will play in a title game in the next 10 years to 69 percent this year even though the percentage chance of any team getting into a scenario where a title game was possible went up.

I don’t understand that one. Was last year such a dagger that we finally threw up our hands and said “IF CLINT CHELF CAN’T GET IT DONE THEN IT’S NEVER GETTING DONE”?

• I’m still in the 12 percent that would prefer a basketball title.

• I think everybody agrees that the four best coaches in the Big 12 are Snyder, Stoops, Gundy, and Briles in some order. I think everybody also knows Holgorsen’s career trajectory is just screaming “live on a boat and run Chris Peterson’s offense for the next 12 years!”

• This is just spectacular. I can’t stop looking at it:

• Remember that time 99 percent of our fans thought we were going to make the 2014 NCAA Tournament and we came within about a game of not doing it? Maybe the opposite can be true of this year’s team..

• How about Rickie Fowler getting 40 percent of the “favorite pro athlete” vote even though the PGA Tour is pretty far behind the NFL and NBA on everyone’s “interest in other sports” question. The Fowler love is very, very strong. And it should be.