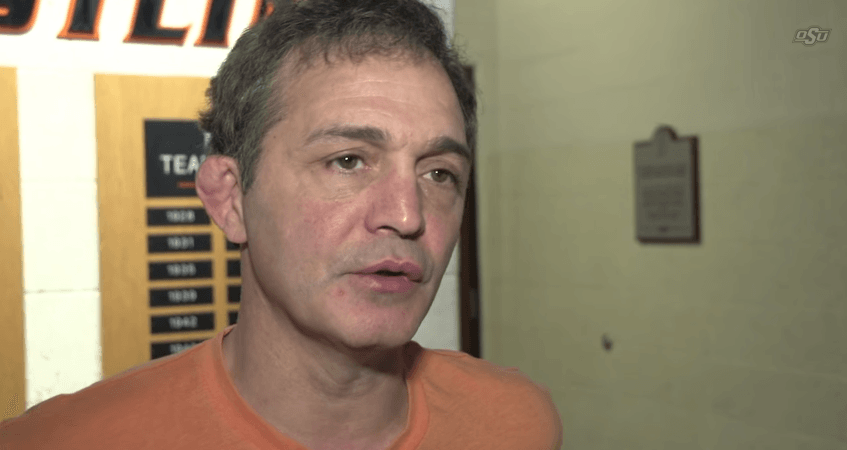 John Smith is prepared for another NCAA Tournament (via YouTube)

The pinnacle of collegiate wrestling kicks off this Thursday at the Scottrade Center in St. Louis. This year, like most others, looks to be incredibly exciting.

The team race is somewhat up in the air this year, but the powerhouse programs will be the favorites heading in. Many consider Iowa the slight favorite, but Ohio State, Missouri, and Minnesota are right on their tail.

As far as the Pokes’ chances go, they will need several guys to win numerous matches that they will not be favored in. Another key will be guys advancing as far as they can on the backside once they lose their first match.

Nobody is ruling the Cowboys out by any means, but there will have to be some upsets in order for them to be in the running on Saturday.

With that, let’s take a closer look at each weight as well as how each Oklahoma State wrestler matches up.

125 is a minefield this year. There are so many good wrestlers at this weight, and all of them have the ability to make a run in the tournament. Alan Waters is the favorite.

It’s so hard to pick a favorite at this weight simply due to the fact that so many wrestlers can win it. Jesse Delgado (Illinois), a two-time national champ at this weight, was hurt much of the year and enters the tournament unseeded.

It is unsure whether Delgado is 100 percent, but if he is then he definitely can take out some of the upper seeds early in the bracket.

Eddie Klimara, assuming that he wins the matches he should as the 7-seed, will likely meet Nashon Garrett in the quarterfinals.

If he can win that one, then is it quite likely he could make a run at the finals. Eddie has as much offensive ability as anyone at this weight, but consistency is obviously key throughout the tournament. Look for him to make a serious run for the Pokes, and finish as an All-American.

This is another weight that doesn’t have a clear favorite, but certain guys have a better chance than others. Chris Dardanes (Minnesota) is the 1-seed and is 23-0 on the season. The Big 10 dominates this weight, with six of the top eight seeds coming from teams within the conference.

A guy outside the top eight who many consider to have a good shot at the title is A.J. Schopp from Edinboro.

Schopp is a two-time All American and has had a solid year for the Fighting Scots. This will be another fun weight to watch where anything can, and likely will, happen.

Harding is having a very impressive freshman campaign thus far, with a 28-11 record. Harding will face the 16-seed Mackenzie McGuire in his first match, one that he certainly can win. Any points that Harding can rack up is icing on the cake for the Pokes.

If he gets hot, looks for him to make a run on the backside while racking up valuable points.

Back with more weight classes on Tuesday…