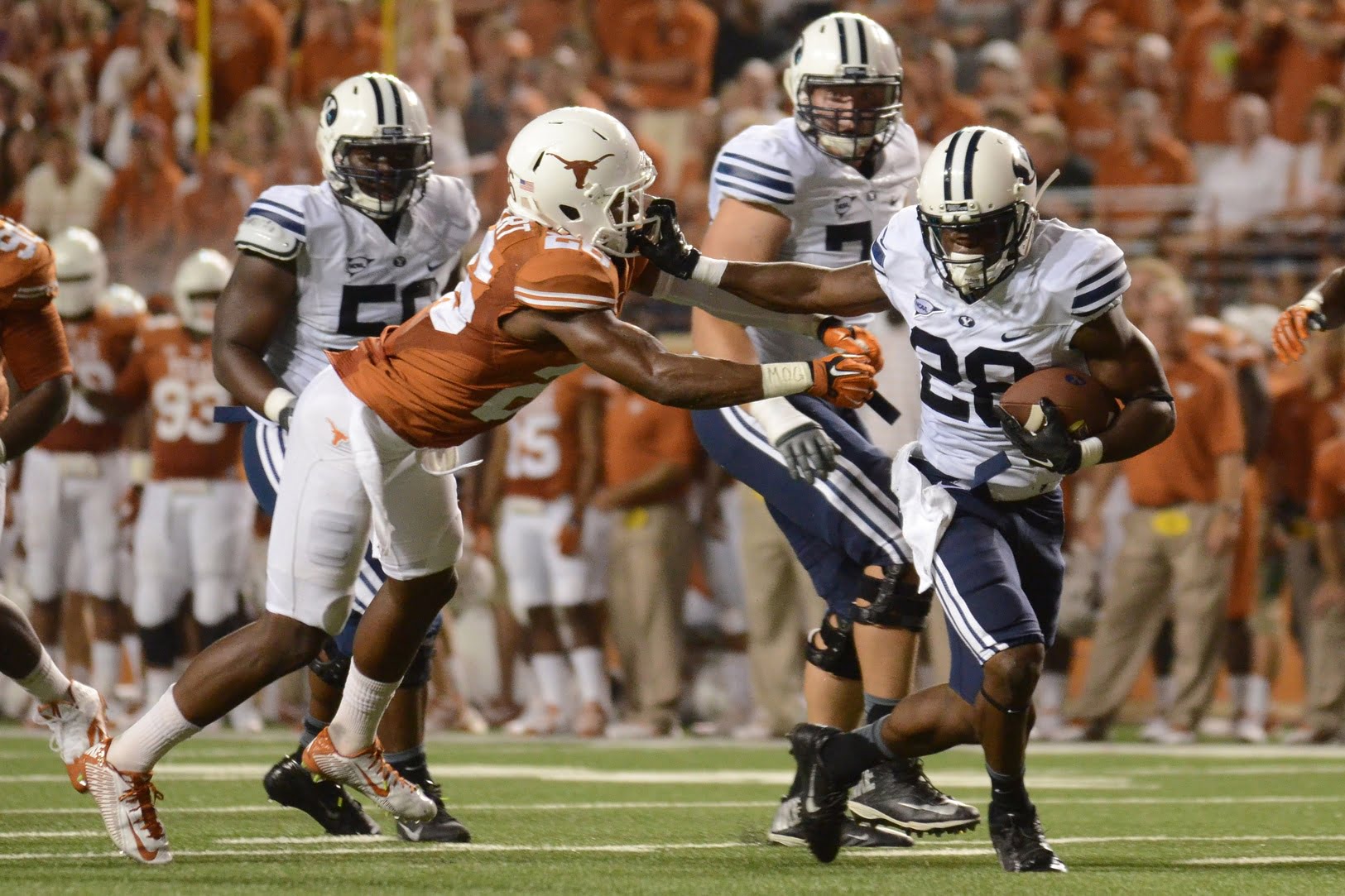 This is a guest post by Tyler Ames who is currently a student at Oklahoma State and will be covering the Big 12 for us this season.

It was cupcake Saturday for most of the Big 12 this weekend. However, several of those surefire wins quickly turned into the exact opposite.

On a weekend where the Big 10 took a huge hit to their ego, if that’s even possible, the Big 12 predominantly flew under the radar (except that one game in Austin).

Let’s take a quick look at what transpired this weekend in the Big 12, and some of the storylines that emerged.

The Cowboys got the win, but didn’t play all that well in their 2014 home-opener. The offense got off to a bit of a sluggish start with JW Walsh at the helm, but finally got rolling under the direction of Daxx Garman.

Walsh left in the first quarter with an apparent ankle injury, the severity of which is still unknown. Garman played about as well as one could expect in his first live football action since high school.

He threw the ball well, finally showing off that above-average arm that we’ve all heard about. The Cowboy defense looked suspect at times, giving up several big plays when Missouri State extended the play. The Pokes will have to come to play next week against UTSA, as the Roadrunners are no joke.

Wow, what can you even say about this one? Shocking, to say the least. This game was incredibly hard to watch at several points, I can’t imagine being a UT fan on Saturday.

The Texas offense never established any sort of rhythm, as three-and-outs became the theme of the evening. Tyrone Swoopes never looked comfortable in the pocket, although he was able to make a few plays that could be used as encouragement for Longhorn fans (maybe???).

BYU QB, Taysom Hill, once again had a field day against the Texas defense, including this run that sort of sealed the deal in Austin.

Charlie Strong will need to light the fire under the Longhorns, as results like this will not sit well with the Texas faithful.

As expected, the Sooners rolled the Golden Hurricane in Tulsa. Coming off an exciting win against Tulane, one could’ve expected a little more fight out of Bill Blankenship’s squad but they were simply overmatched.

It was all Oklahoma from the beginning, as Trevor Knight had the type of big day that will be expected of him for the rest of the season. The Sooner defense looked very sharp, and even scary at times.

They held the Tulsa offense to 328 total yards and picked off Dane Evans twice. The OU running attack also looked impressive, as Alex Ross and Keith Ford both almost topped the 100-yard mark.

The Jayhawks got off to a quick start against the Redhawks, but had to hold off a late rally to get the win. Montell Cozart looked good for the most part, making big plays when the Jayhawks needed it.

He threw for 196 yards and 3 TDs, while De’Andre Mann and Corey Avery added a collective 212 yards on the ground for Kansas. The Jayhawks will need to eliminate their stretches of bad play that seem to haunt them in most games if they are to compete in the Big 12 this year.

The Mountaineers took care of business against Towson in their home opener. After giving Alabama all they wanted in week 1, WVU did exactly what they needed to do against an inferior opponent.

Clint Trickett was very sharp, going 35-40 for 348 yards through the air. Pitching a shutout is impressive, regardless of the opponent, and the Mountaineer defense did just that. WVU tallied 606 total yards of offense, while holding the Towson offense to just 122 total yards.

I feel as if the Mountaineers are the wild card in the Big 12, and after their first two performances other teams are certainly taking notice. Dana might have his weird magic working in Morgantown.

The Bears did exactly what was expected of them Saturday, even without Bryce Petty at the helm. Baylor backup QB, Seth Russell, threw for 438 yards in the first half alone. 223 of those passing yards went to KD Cannon (that Hair!!!), who also had TD catches of 50, 81, and 42 yards. 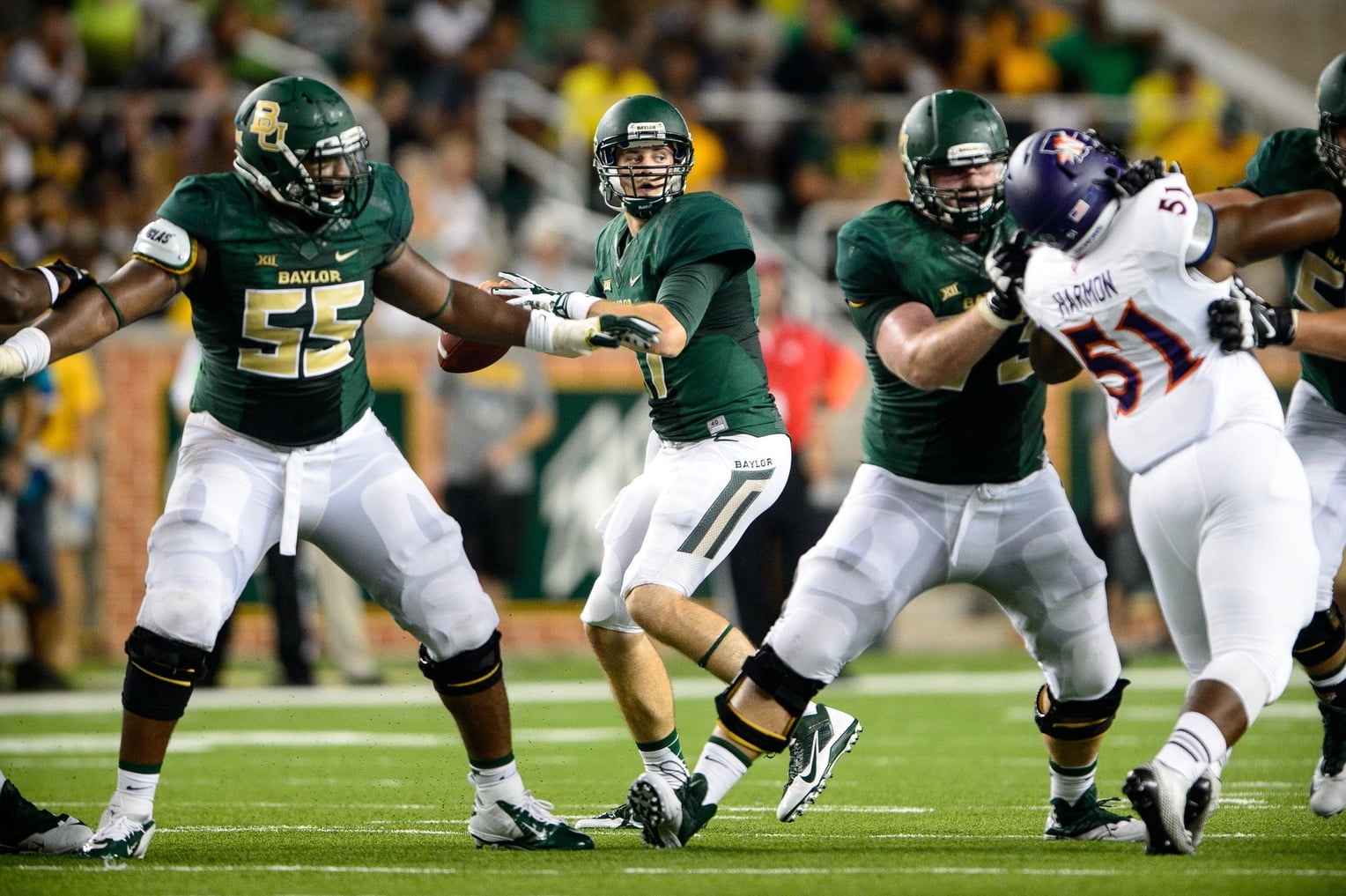 The Baylor offense finished with 720 total yards, while the Baylor defense held Northwestern State to only 202 total yards. Bryce Petty could be back this week against Buffalo, but it wouldn’t surprise anyone if he sat that one out as they play on a short week.

Baylor won’t return to McLane Stadium for more than a month, as they look to build momentum on the road heading into Big 12 play.

Things got a little scary in El Paso for the Red Raiders, who barely escaped with a win. The Tech offense got off to a shaky start, but Davis Webb finally got rolling when he needed to late in the game.

One certain Tech fan has given up hope on Webb, however.

Webb ended up going 17-31 for 278 yards and 3 TDs. Not terrible for a guy who “sucks.” Justin Stockton added 135 yards on the ground, but it was a late TD connection between Webb and Bradley Marquez that put the Red Raiders ahead for good. 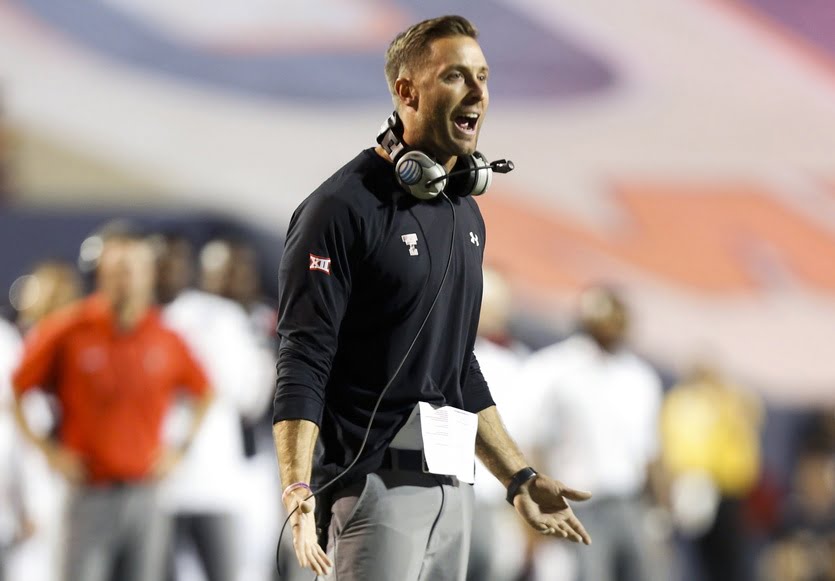 There didn’t seem to be any of the same swagger present that we saw from Tech early in the season last year, and that needs to change sooner rather than later.[1. Ed. note: Kliff’s new-ish hair was swaggin’ pretty hard.]

It was a good way to open the Big 12 Conference slate in Ames, as the Wildcats rallied late to beat the Cyclones. The Wildcats looked sluggish early, but managed to escape the upset after a Jake Waters TD run with just 1:30 remaining.

Waters ended up throwing for an impressive 239 yards, while running for a career-high 138 yards. As for the Cyclones, it looks like it could be another one of those years. By “those years,” I mean the type where they lose to an FCS opponent, then nearly upset a top-25 team.

Crazy, rollercoaster, whatever you want to call it.

Iowa State QB, Sam Richardson, went 21-30 for 185 yards, which seems to be his staple. Kansas State didn’t play well in Ames, but who does these days? It seems the only answer to that is the Bison of the FCS variety. However, these are the types of games that K-State is going to have to win if they are to have a successful season.

I don’t think they’ll blow anyone out, but they’ll hang around with everyone and get their fair share of wins.