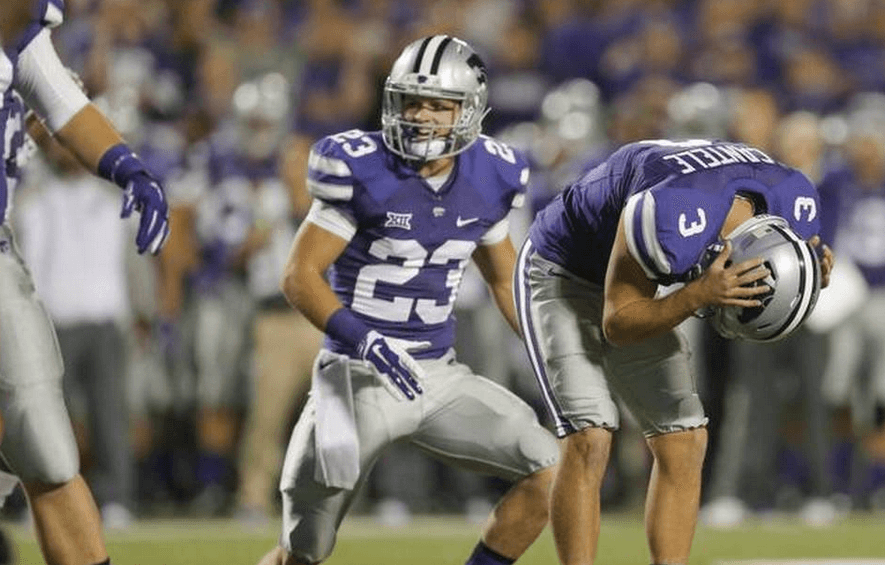 Overall, it was a pretty promising week for fans of the Big 12. What looked on paper to be a pretty lackluster slate of games turned out to be an exciting night of college football around the country.

The ‘Noles almost went down without Famous Jameis, and the Mad Hatter couldn’t pull off the comeback that has become his trademark.

So, as we do every week, let’s take a look at what went down within the Big 12 Conference.

These aren’t the Dan LeFevour-led Chippewas of old (seen here stretching out an ESPN college football analyst), but the Jayhawks got the win in Lawrence nonetheless.

Jayhawk RB, Tony Pierson, took it 74 yards to the house on the first offensive play of the game. Things wouldn’t remain this simple for Kansas, however, as the game entered the 4th quarter in a 10-10 tie.

Montell Cozart, who ended the game with 226 yards and 2 TD’s, hit Justin McCay on a 60-yard TD pass to break the tie and put the Jayhawks ahead for good. Cozart added another TD pass to Corey Avery late in the game, which all but sealed the deal.

The Kansas defense looked much improved, giving up only 279 total yards to Central Michigan while also forcing 3 turnovers.

Ideally this win over a somewhat notable opponent will give Charlie Weis and his squad something to build upon heading into their first Big 12 game next week.[1. Ed. note: Nope, still going badly for Chuck.] We’ll find out fairly quickly if the Jayhawks are to contend in the conference this year, as Texas heads to Lawrence next Saturday.

How could you watch Bill Snyder roam the sidelines Thursday night against an SEC opponent, and NOT root for the Wildcats? I feel like K-State is the one team in the Big 12 every other fan will root for if they aren’t playing your respective team. I know they’re that team for me.

The Wildcats had so many opportunities to take control of the game, but failed to every single time. It all seemed to stem from the three crucial field goals missed by Jack Cantele.

You gotta feel for the guy, who was on the Lou Groza Award watch list in the preseason so this had to be a shock to everyone involved with K-State football.

Jake Waters threw for 245 yards on the evening, but threw two untimely interceptions (one in the Auburn end zone) as the K-State offense struggled to establish a presence all night long.

Even Tyler Lockett, who has been gashing Big 12 defenses for four straight years, dropped a would-be touchdown. Curry Sexton was a bright spot for the K-State offense, however.

Lockett being doubled by Auburn defenders most of the night left Sexton with single coverage, and he took full advantage. He ended the evening with 11 receptions for 121 yards, many of which were for crucial first downs.

The Wildcat defense also played incredibly hard, and essentially stopped the Auburn rushing attack all night. However, Nick Marshall made the critical plays when he had to as he got the Tiger passing attack going late in the game. Turnovers and missed opportunities seemed to keep both teams in the game, and it was Auburn who made the plays down the stretch to escape Manhattan with a hard-fought victory.

Well, it was a close game until Samaje Perine decided to go all Terrell Davis (because that’s who I immediately thought of) on the West Virginia defense.

Both guys have tree trunks attached to their hips. 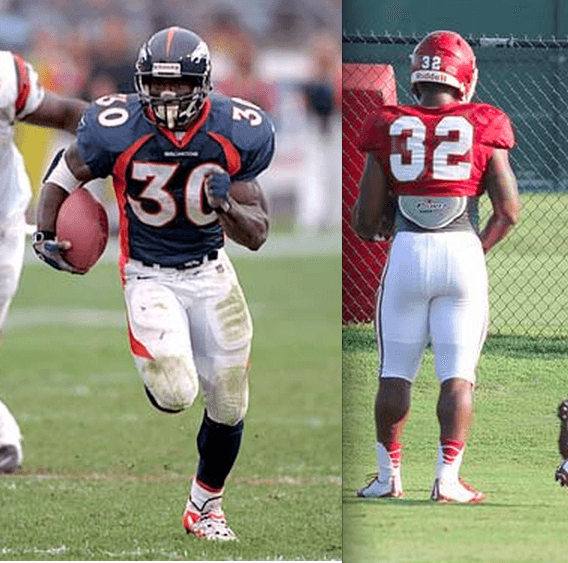 You know what’s crazy? If Joe Mixon doesn’t KO a girl, Perine might not even see the field at all this year. Anyway, the freshman had himself a night as he rushed for 242 yards and 4 TDs on 34(!!!) carries.

Clint Trickett had another impressive game, throwing for 376 yards and 2 TDs. He went to his favorite target, Kevin White, early and often.

White, who is quickly becoming one of the best receivers in the country, hauled in 10 receptions for 173 yards. He picked on Zack Sanchez all night long, and let him know about it after every catch. 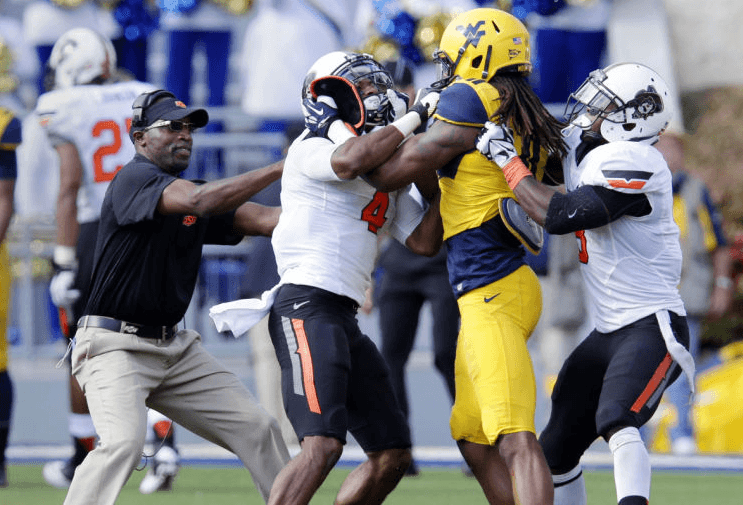 Trevor Knight had a respectable game, as he managed things well for the Sooners. Knight threw for 205 yards and one interception, but he also hauled in a touchdown pass on a perfectly executed reverse pass.

The Oklahoma defense really picked up the pressure on Trickett in the second half, forcing a fumble that really seemed to firmly establish momentum on the side of the Sooners.

The only real complaint Sooner fans can have after this one is for Trevor Knight to improve his accuracy throwing the ball. His timing seemed to be off on some routes early in the game, but it wasn’t a real concern with Perine doing the things he did.

All things considered, Coach Stoops and the Sooners went into a tough environment and got the win against a scary opponent. 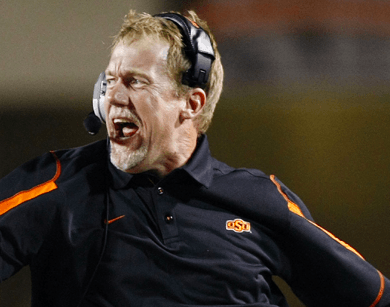