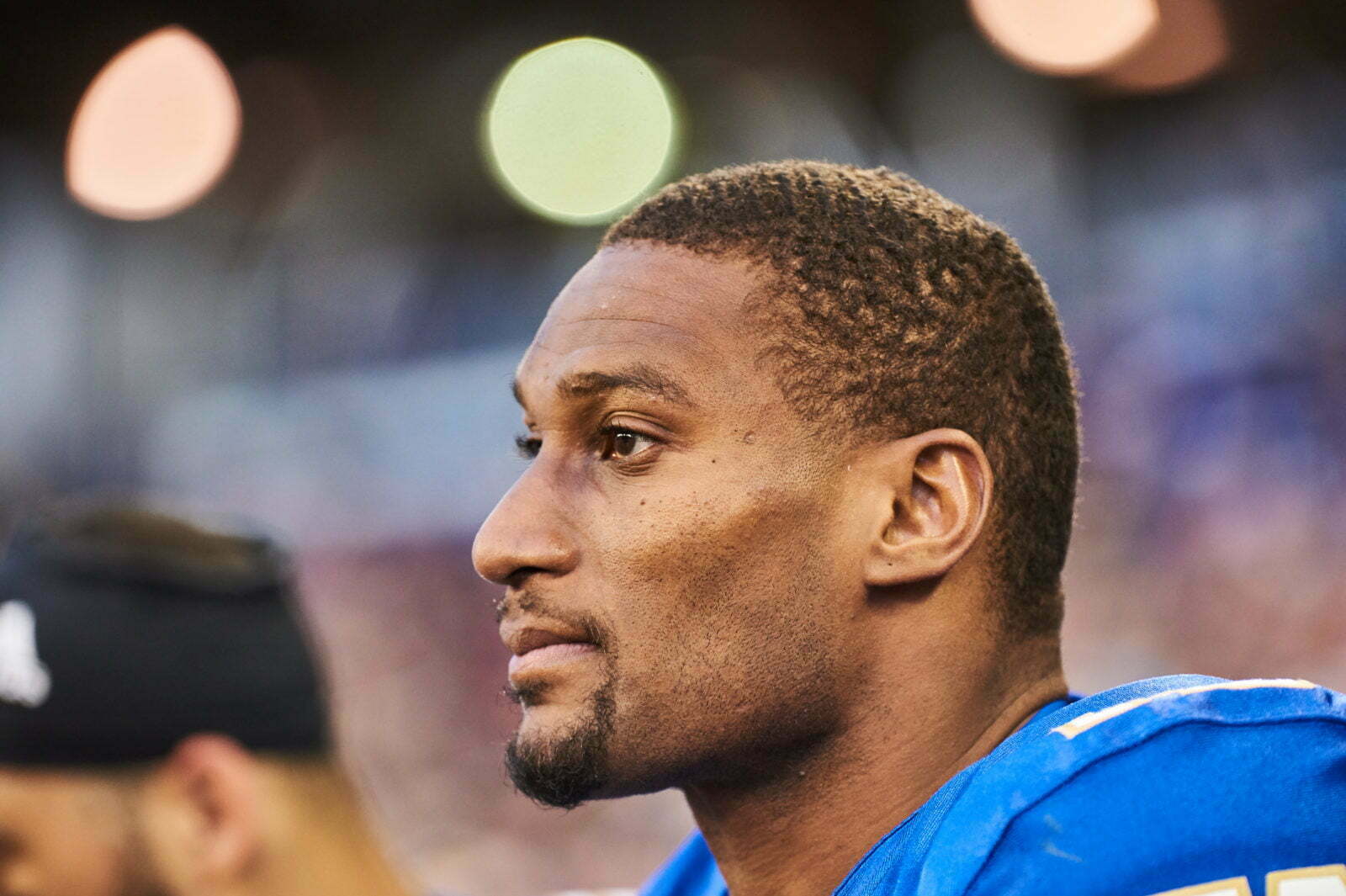 Adarius Bowman may be the most unheralded among a group of record-setting wide receivers to play for Mike Gundy, but he’s a legend in the CFL.

This week Bowman was voted to the Canadian Football League’s All-Decade team as a first-team selection. It was a hard-fought, well-earned honor, but far from the greatest of his career, according to Bowman.

First, some backstory for those who missed, or forgot, his impressive two-year stint in Stillwater.

After being dismissed from North Carolina, for what was reported as Marijuana charges, Bowman followed his position coach Gunter Brewer and transferred to OSU in 2005. He sat out Gundy’s first year. (Remember the transfer rule?)

Once eligible, Bowman didn’t take long to make his mark in Stillwater, scoring a touchdown in his first game as a Cowboy. A few weeks later he made history in his second Big 12 game.

The Cowboys beat the Jayhawks 42-32 thanks to a still school record 300 receiving yards by Bowman. His four touchdown catches and 13 grabs each rank T-2nd among OSU pass-catchers for a single game.

Bowman earned the 2006 Big 12 Newcomer of the Year and was a two-time all-conference honoree. OSU’s record books are riddled with his name, despite his only playing two years in Stillwater.

His 2006 season remains among the top 10 in receiving touchdowns, receptions per game and yards per catch.

Unfortunately, an injury against Kansas a year after his record-setting game probably put a dent in his draft case.

After not signing with an NFL team, Bowman went the CFL route and eventually flourished north of the border. Playing for five different teams over 11 seasons, Bowman’s best years were in Edmonton.

Those numbers, three CFL All-Star designations and a Grey Cup (the equivalent of a Lombardi Trophy), helped land Bowman on the All-Decade team as voted by fans. But another CFL distinction outweighs any in his mind.

After being voted to the All-Decade team, that father of an autistic daughter spoke about his proudest football accomplishment in an article by the Edmonton Sun (which you should read).

“The Grey Cup, that was spectacular,” Bowman said. “But my Grey Cup ring’s at my mom’s house. My Tom Pate (ring), I wear. Straight up, I have it on: Wedding ring, Tom Pate.”