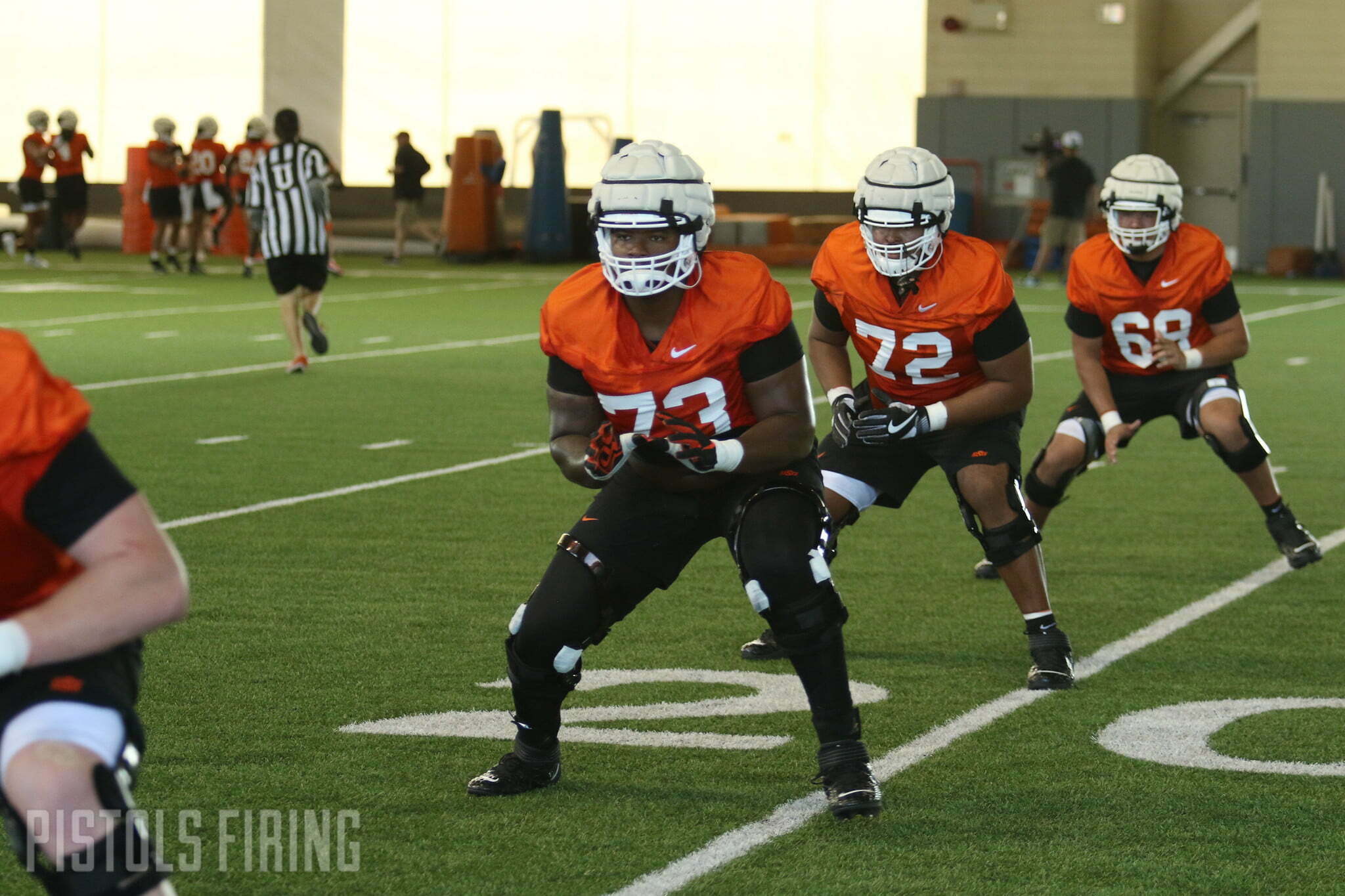 STILLWATER — The Cowboys didn’t do a traditional spring game because of a lack of depth along the offensive line, but as Mike Gundy promised, the reinforcements are here.

Oklahoma State started its fall camp Wednesday at the Sherman E. Smith Training Center and did so with a full house of offensive linemen. Some who sat the spring out because of injury are back, and the Cowboys brought in a pair of transfers since then in Jason Brooks (Vanderbilt) and Casey Collier (USC).

“It’s a breath of fresh air,” guard Hunter Woodard said. “Being so short of guys in the spring and last season with the injuries, it’s nice to see a full group, four-deep again. It’s hard not to love.”

Jake Springfield and Taylor Miterko could be in battles with newcomers Jason Brooks, Tyrone Webber and Casey Collier. Brooks and Webber could each flex to a tackle for guard spot. After years of uncertainty along the offensive line, having too many linemen for five spots seems like a good problem for the Cowboys to have.

“I think anybody’s job could be taken with how we’re looking,” Woodard said. “… Really just all the new guys, they’re working hard. This summer, they really showed out. They’re maturing. I’d say for the most part they all have the offense picked up pretty well, too. I’m confident in them, and I think that they’re gonna do good stuff this season.”

The Cowboys will go in full pads for the first time Friday, where more will be figured out.

It’s an unsung position group, but OSU figuring out its offensive front might be the determining factor as to whether the Pokes can make a return trip to Arlington.