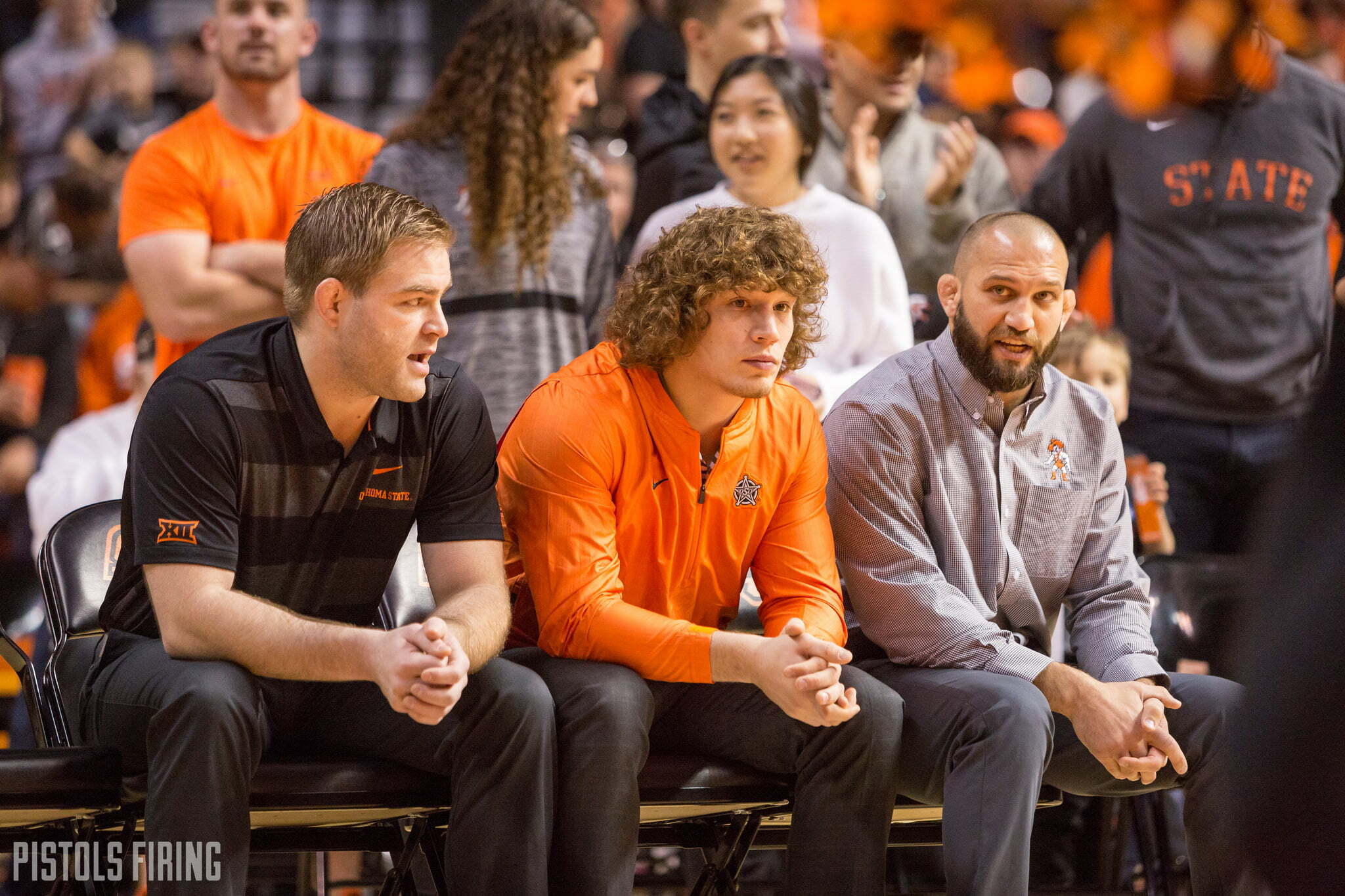 Alex Dieringer absolutely dominated the US Open last month putting himself in the finals of the World Team Trials tournament. On Saturday Alex sat awaiting his opponent to emerge from the tournament. After Zahid Valencia took out Mark Hall in a best-of-three rematch of last year’s final was set.

In match one, Dieringer did not miss a beat from his US Open and completely dominated Zahid. Dieringer got a take-down and gut-wrench early to go up 4-0. Later Valencia got in deep on a shot, but somehow Dieringer was able to defend and only gave up the one point push out. Later Dieringer hit a double to take down Zahid, hooked up a trap arm gut-wrench and after a few tilt-like turns the match was over and Alex walked away with a first period tech fall.

In the second match Dieringer got off to a quick start with an early takedown. Later he picked up another and as he was working a gut-wrench gave up a called two for Valencia. The OSU corner challenged and it was changed to 2 and 2, putting Dieringer up 6-2. Dieringer got another takedown in the first to go up 8-2 heading into the break. In the second a take-down and later an exposure for Dieringer gave him the 12-2 tech and series win.

Jordan Oliver was also in the final here with Zain Retherford. In their first bout Oliver was up 6-1 before Retherford hit two two-point chest wraps to close the scoring gap to 6-5. Retherford then got a late takedown to win the first match 7-6. Oliver dropped the second bout by the same score losing the series two matches to none.

The final at 57 KG determined who would face Daton Fix, who is already sitting in the Final X spot by virtue of his US Open win, for the 57 KG World Team slot. Thomas Gilman beat Darian Cruz in their best-of-three final making a rematch of last year’s Final X between Gilman and Fix. This will take place June 15 at Final-X Lincoln. Fix beat Gilman last month at the US Open.