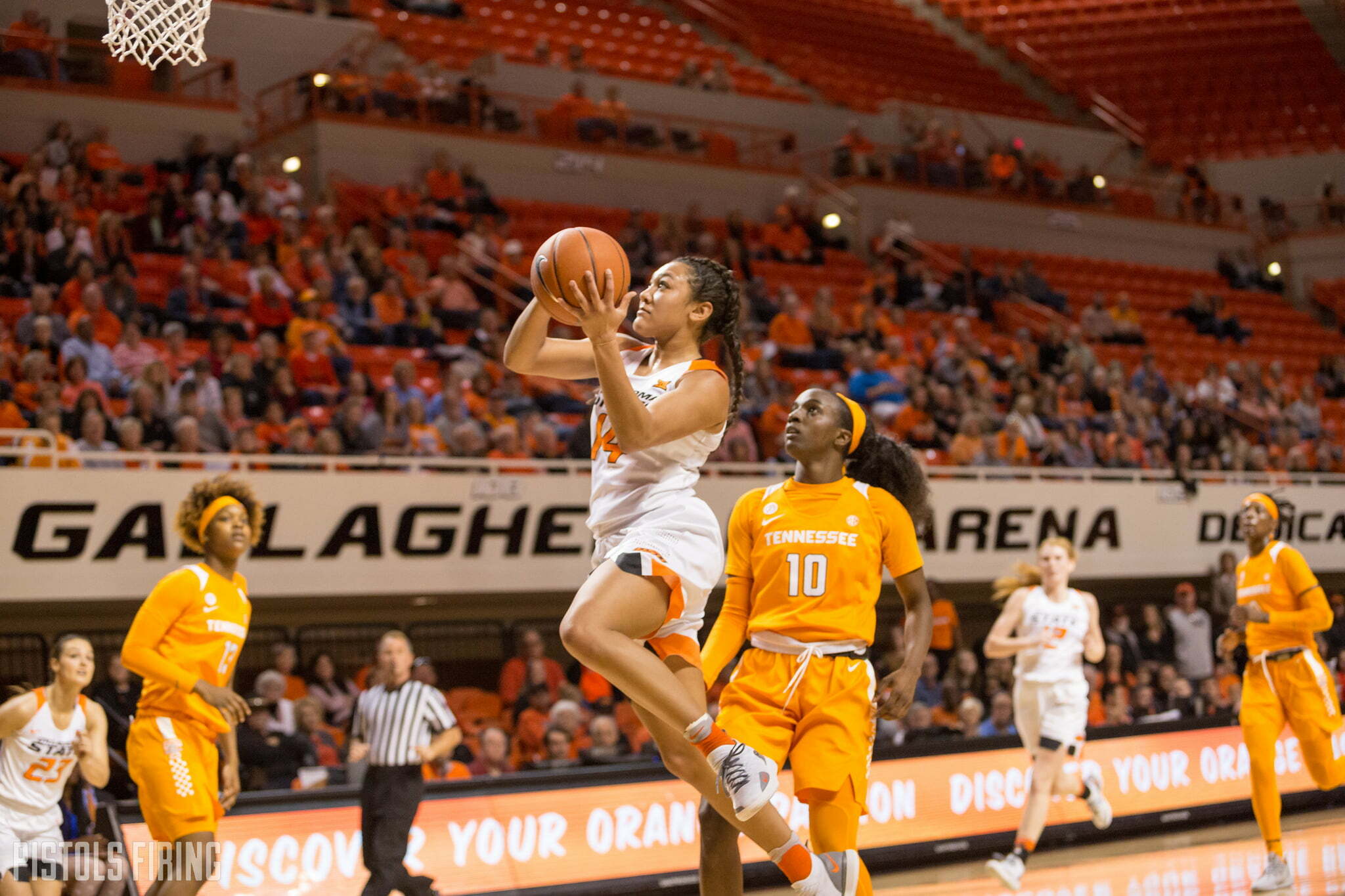 The Cowgirl basketball team walked out of Allen Fieldhouse with its 12th victory of the season.

OSU defeated Kansas 72-62 thanks in large part to the duo of Vivian Gray and Braxtin Miller. The two combined for 78 minutes, 45 points, 12 rebounds, 10 assists and five steals.

It was also a big day for redshirt freshman Ja’Mee Asberry, who scored 19 points.

The Cowgirls will travel back to Kansas to play Kansas State on Wednesday before hosting Iowa State on Saturday.

The OSU men’s tennis team started its season in dominating fashion this weekend.

The Cowboys beat Omaha, Creighton and Arkansas a combined 20-1. The only dropped point came in doubles play against Arkansas, as every singles match from the weekend ended in an OSU victory.

The Cowboys head to Fort Worth for the ITA Kick-Off on Saturday and Sunday. OSU starts the tournament against Arizona State and will face either TCU or Loyola Marymount on Sunday.

The Cowgirl tennis team picked up wins one and two this weekend, defeating Tulsa, 6-1, on Saturday before topping Wyoming, 7-0, on Sunday.

Cowgirl tandems won all six of their doubles matches this weekend. The No. 28 pairing of Sofia Blanco and Catherine Gulihur led the way, defeating No. 4 Martina Okolova/Vera Ploner, 6-4, and Elisa Koonik/Tessa van Der Ploeg, 6-2.

The Cowgirls will be back in the Greenwood Tennis Center this weekend, where they will face Virginia on Friday and either Illinois or Kansas on Saturday.

A pair of Cowboys took home gold at the Sooner Challenge on Saturday.

LaKyron Mays, a freshman, won the men’s 600-yards with his teammate, and fellow-freshman, Ashton Hicks finishing behind him in second, and OSU senior Tanner Green finished fourth.

Cole Verble won the men’s pole vault after beating Oklahoma’s Lucas Kelley in a jump-off after the two cleared 4.40 meters.