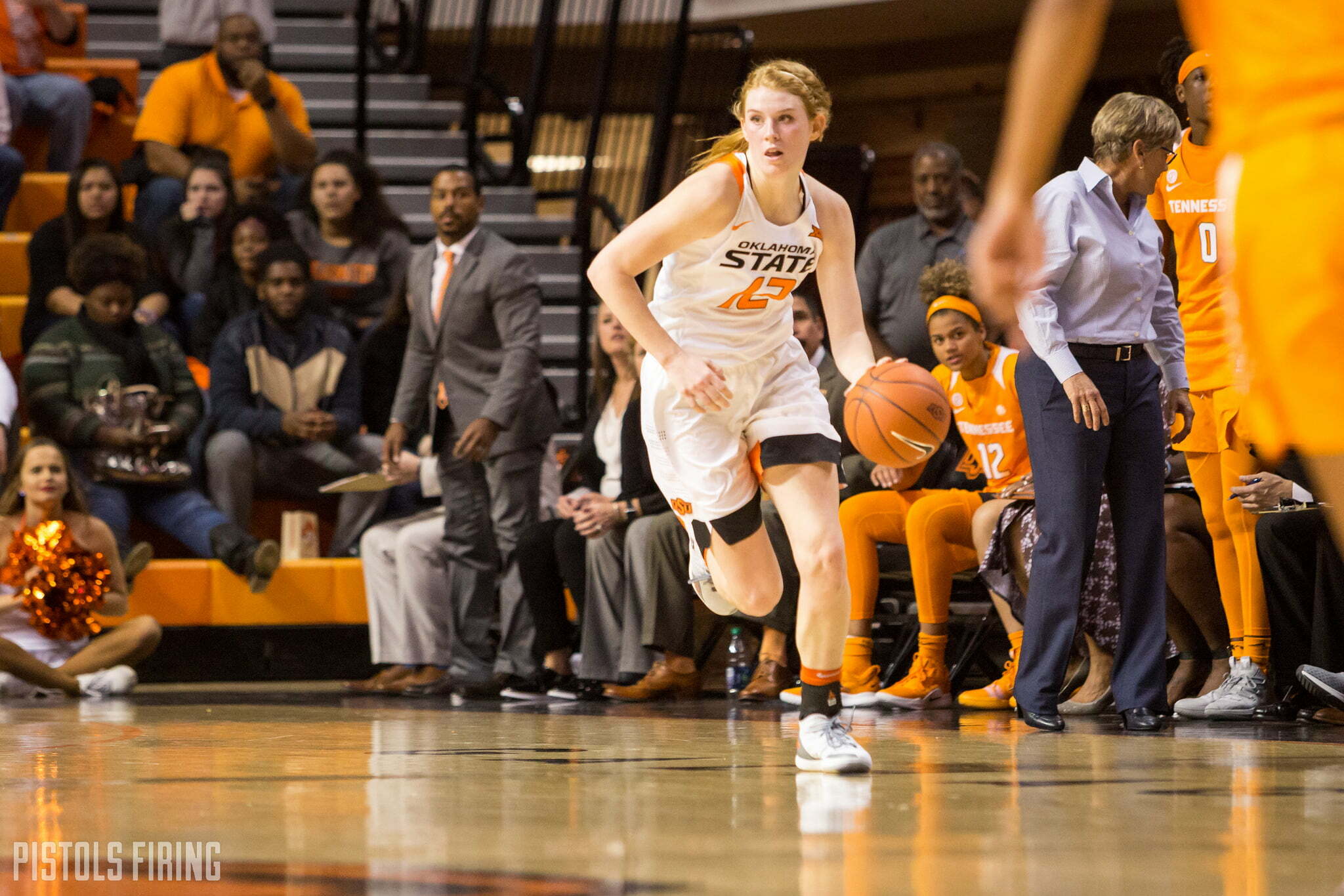 Jim Littell’s Cowgirl basketball squad has raced out to an 11-4 record this season. The team’s most recent victory came Saturday, when Oklahoma State topped Texas Tech 65-57 in Gallagher-Iba Arena.

Sophomore Vivian Gray led the Cowgirls with 26 points, and fellow sophomore Braxtin Miller wasn’t far behind with 22. Gray and Miller each average 18 points a game through the Cowgirls’ first 15.

The squad has a pair of upcoming visits to the Sunflower State, playing Kansas in Lawrence on Saturday, then Kansas State on Jan. 23.

The OSU women’s tennis team started its season this weekend in the Bahamas, falling to No. 4 Duke, 5-2. The match was the first international tennis dual in the NCAA’s history.

After Duke took the doubles point, the Cowgirls jumped out to a 2-1 lead with seniors Marina Guinart and Sofia Blanco securing points for the Cowgirls on courts four and five before Duke rattled off four straight match wins.

The Cowgirls travel to Tulsa on Saturday before their first home event of the year against Wyoming on Sunday.

The OSU men’s team hosts Omaha and Creighton on Saturday in what will be the Cowboys’ first matches of the year. The Omaha match starts at noon with the Creighton match starting at 5 p.m. The Cowboys will then host Arkansas on Jan. 21.

In her first race at Oklahoma State, Aaliyah Birmingham broke the school’s women’s 60-meter dash record. Her 7.42 was good for sixth at the meet.

Jacob Fincham-Dukes set a school record in the men’s 60-meter hurdles with his 8.32, good enough for third at the meet.

The OSU women’s team had five athletes walk away with gold. The Cowgirls dominated the 600 meters, where Kaylee Dodd won and eight OSU runners finished in the top 12.