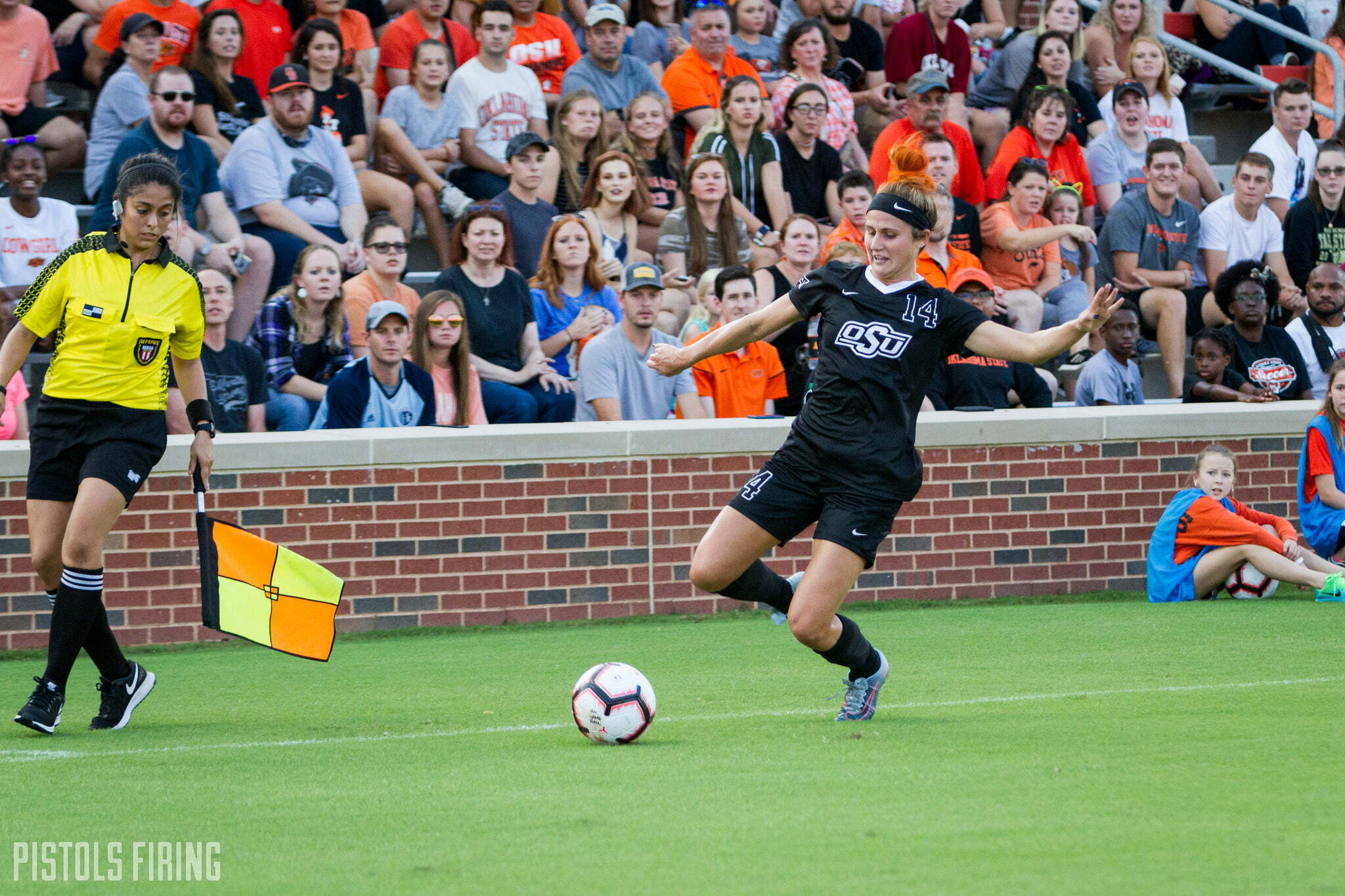 Coach Colin Carmichael and the OSU soccer team went on their first road trip of the season this weekend. Unfortunately for the No. 11 Cowgirls, they also picked up their first loss, a 2-1 defeat to Illinois.

OSU started the scoring in the 45th minute when Julia Lenhardt netted her first goal of the season. The Illini added two second-half goals, though, to secure the victory.

The Cowgirls were able to bounce back Sunday in Chicago, picking up a 2-0 victory against Loyola Chicago. Marlo Zoller and Grace Yochum were the goal scorers, and Hannah Warner and Dani Greenlee split halves in net for the clean sheet.

OSU is 4-1 on the year, and will be back in Stillwater this weekend with games against California on Friday and San Francisco on Sunday.

A third-place finish at the Carmel Cup wasn’t what the defending champion Oklahoma State golf team was after, but an individual winner is a nice consolation prize.

Matthew Wolff picked up his first collegiate victory this week at Pebble Beach after carding a 17-under 199 through the tournament.

Wolff came runner-up in four events during his freshman season.

Tap it in, shake hands, sign for it, collect your hardware @matthew_wolff5! #okstate #golfschool pic.twitter.com/CQPMUhHGOs

The Cowboys have the week off before heading to the Illini Invitational on Sept. 14-16.

The Oklahoma State cross-country teams started their seasons at the Hurricane Invitational in Tulsa this weekend.

The Cowgirls finished second as a team, losing by two points to Oklahoma.

Sinclaire Johnson for the win! She brings home the women’s individual crown ? pic.twitter.com/GQUwYTbFip

The men came in fourth after having runners finish in 13th, 18th, 20th, 23rd and 24th. The teams have some time off before competing in the Nuttycombe Invitational on Sept. 28.