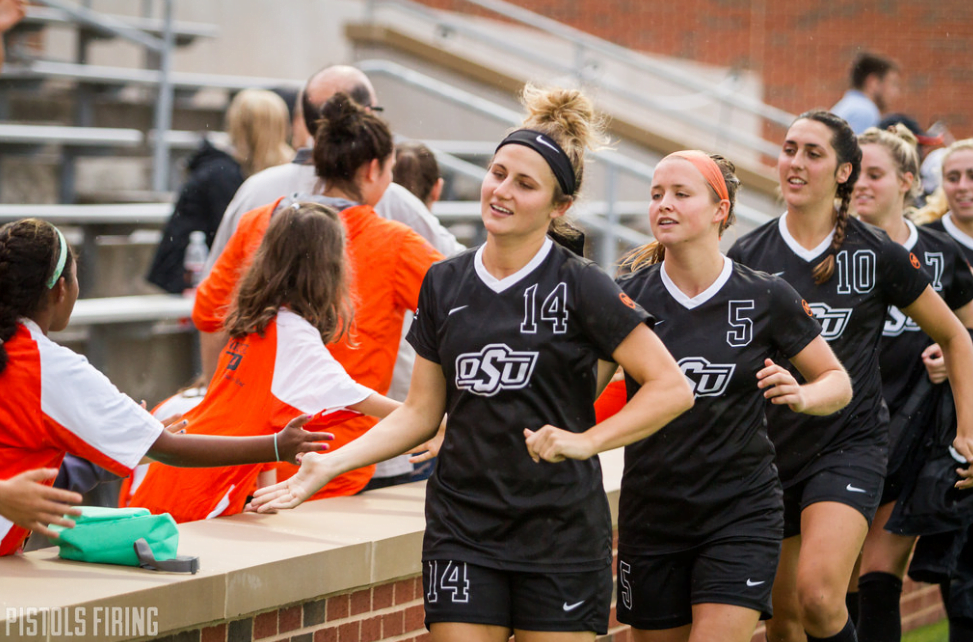 The Cowgirls’ win streak is up to seven after another two wins this weekend.

OSU started with a 3-1 win in Manhattan against Kansas State. Jaci Jones, Marlo Zoller and Julia Lendhardt scored goals for the Cowgirls.

The Cowgirls were in Lawrence on Sunday, where they picked up a 2-1 victory against Kansas. Haley Woodard scored her fifth goal of the year in the 48th minute. Zoller then scored off a set piece in the 67th. Zoller has a team-high six goals this season.

The seven-match winning streak is the longest OSU has had in seven years.

The Cowgirls are on their longest winning streak in 7 years after today's win at Kansas. Recap, stats and reaction from @coachcolin_osu & @_haleywoodard following the W over the Jayhawks: https://t.co/2fl3qlT0AF #GoPokes #okstate pic.twitter.com/qnHjOpiTqw

Maxim Tybar also competed in the Cajun Classic, but he fell to LSU’s Malik Bhatnagar in the consolation bracket, 7-6 (3), 6-3.

The Cowgirls finished 11th at the ANNIKA Intercollegiate with a 17-over 881.

Michelle Forsland and Stephanie Astrup were the highest-placing Cowgirls. The pair were tied in 29th after both shooting 1-over 217 at the event. Chih-Min Chen finished tied in 40th at 5-over 221. Emma Whitaker finished 57th at 14-over, and Faith Hopkins finished 59th at 18-over.