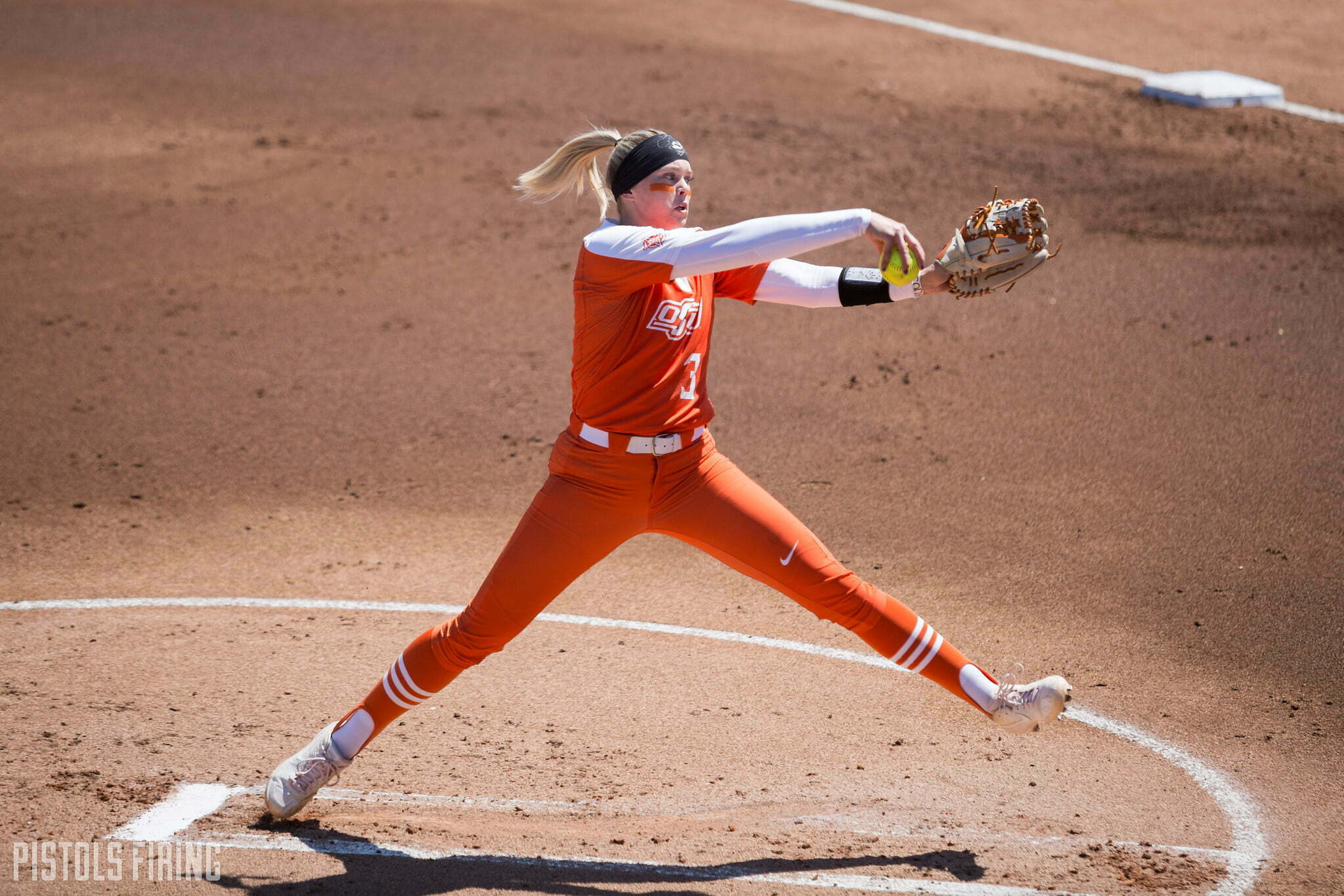 Here is a recap of sports that we aren’t always able to get to from the past week.

The OSU softball team’s week started on a bad note Wednesday, but it finished in more Big 12 domination.

The Cowgirls lost to UT-Arlington 2-1 in the teams’ midweek matchup, but OSU rebounded to sweep Kansas in a three-game series this weekend and advance to a 7-2 conference record. The Cowgirls were ranked 16th in the country last week and are second in the Big 12 behind Oklahoma.

This weekend was another nice one for Samantha Show. On Friday, Show was 3-for-3 at the plate, where she hit two home runs, scored three runs and had four RBIs. The following day, Show pitched and went all seven innings allowing no runs and only four hits while striking out six.

Sophomore infielder Sydney Pennington also had a swell time against Kansas. On the weekend, she had six hits, four RBIs and cross the plate four times. Pennington hit a three-run home run Friday, a great accomplishment within itself, but perhaps more impressive is she hit it to her father in left-center field, who caught it with a bare hand without spilling his beer.

Who was the guy that snagged it out of the air barehanded (!!!) beyond the wall? That would be her dad. ??? #okstate pic.twitter.com/wK0W3FLLPQ

The Cowgirls don’t have a midweek game this week. They’ll head to Ames to face off against Iowa State this weekend.

This past week wasn’t as successful for the OSU baseball team.

The Cowboys lost to Central Arkansas midweek before dropping two of three against West Virginia. The Cowboys’ lone victory of the week came in fantastic fashion. Colin Simpson hit a two-out grand slam in the eighth inning of a tie game Saturday to give the Cowboys a lead they wouldn’t lose.

FIRE UP THE GAP BAND, GRAND SLAM! ? @colinsimpson30 does his thing and the Cowboys have their first lead of the game! #HomerSimpson #GapBand #okstate #GoPokes pic.twitter.com/Bw6WcvgVwu

Simpson’s success at the plate transferred to Sunday, as he hit a two-run home run in the first inning to give the Cowboys a 2-1 lead. Simpson has hit nine career home runs against the Mountaineers.

OSU held that lead until the eighth inning, but the Pokes weren’t able to extend it any. In the eighth, West Virginia plated three runs to claim the series.

The Cowboys are on the road all this week with a game at Wichita State on Wednesday before a weekend series against Kansas.

The No. 12 OSU women’s tennis team had a tough schedule this past week but came out on top of it.

The Cowgirls started the weekend with a 5-2 victory against No. 24 UCF. OSU lost the doubles point, but Katarina Stresnakova, Lisa Marie Rioux, Bunyawi Thamchaiwat, Sofia Blanco and Catherine Gulihur all picked up singles wins to secure the victory.

Sunday was senior day for the Cowgirls, and on top of that it was Bedlam. The Cowgirls swept the No. 30 Sooners 7-0.

ICYMI: We sealed the Bedlam sweep on senior day with this final point from Marina Guinart! #okstate pic.twitter.com/8A1YKY0sBs

The Cowgirls are in Texas this weekend, playing TCU on Friday and Texas Tech on Sunday.

The No. 34 Cowboys defeated No. 23 Texas Tech 5-2 on Friday. The Pokes won the doubles point, and Matej Vocel, Artur Dubinski, Emile Hudd and Luke Hammond picked up singles victories.

That peak was hit with a quick valley, as OSU lost to No. 7 Baylor 7-0 on Sunday.

The Cowboys host Texas on Friday and TCU on Sunday.

The Cowgirls are unbeaten this spring with a game to go.

OSU defeated Tulsa 1-0 on Saturday thanks to a Grace Yochum goal, her fourth of the spring. This spring, the Cowgirls have beaten Rogers State, UCO, SMU and Tulsa by a combined 9-1. OSU wraps up its spring schedule Saturday on the road against Little Rock.