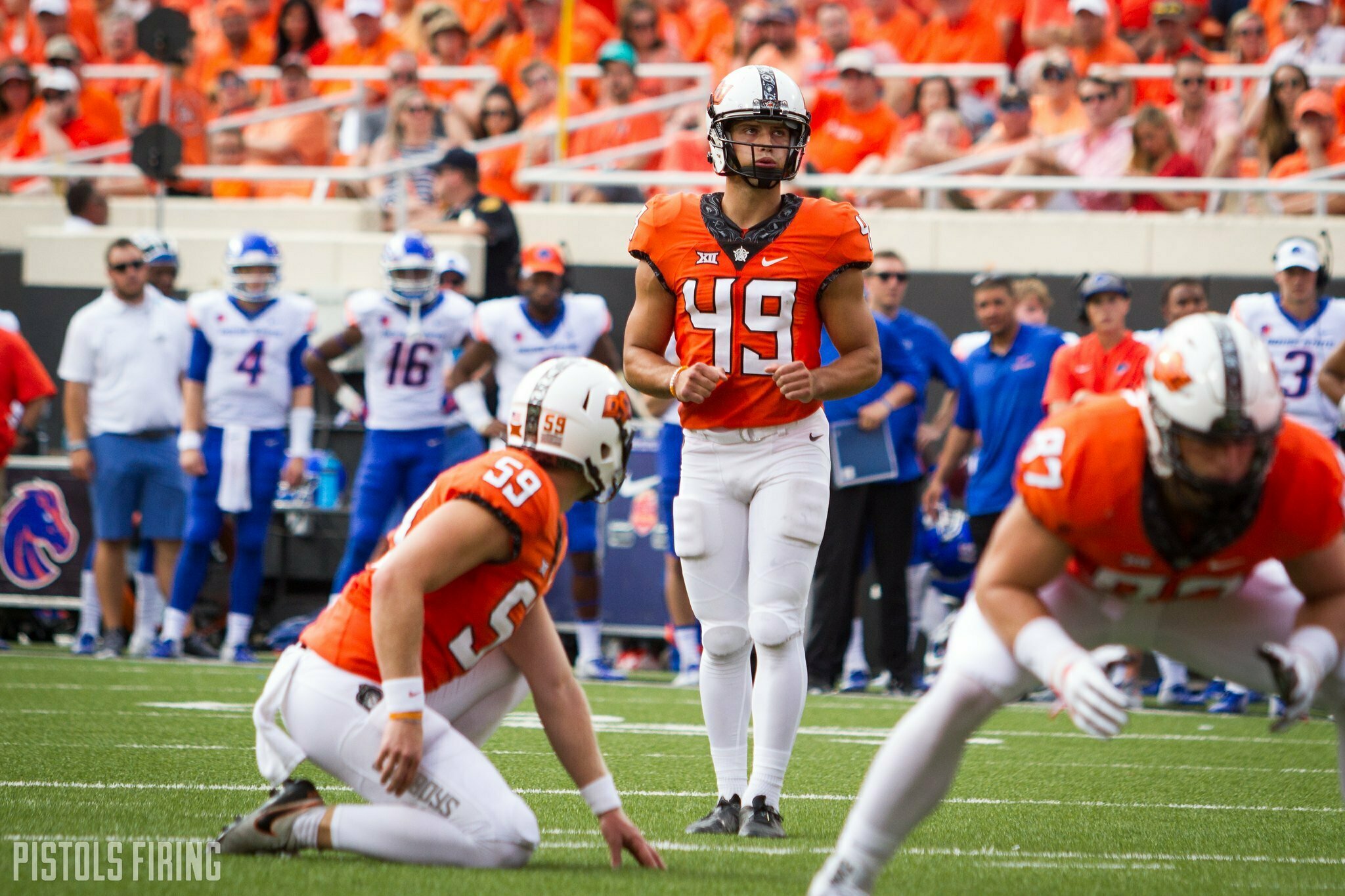 Former Oklahoma State kicker Matt Ammendola didn’t start the week as a Chief, but he was vital in Kansas City advancing to 2-0 on the young season.

Kansas City beat the Los Angeles Chargers 27-24 on Thursday night at Arrowhead Stadium. Ammendola, who signed with the Chiefs earlier in the week, scored nine of Kansas City’s points, including seven in the fourth quarter.

Ammendola’s first field goal with the franchise came with 14:58 in remaining, a 19-yard attempt that tied the game at 17. He hit from 31 yards out with 3:20 to play to make KC’s lead 27-17 before the Chargers marched down the field and scored, making that last field goal a pseudo game-winner.

Harrison Butker, the Chiefs’ regular kicker, suffered an ankle injury in Kansas City’s season-opening win against the Arizona Cardinals, making way for Ammendola to get signed to the practice squad and called up.

It’s hard to say what Ammendola’s future prospects are past Thursday’s game, as Butker now has a long week to get healthy. But, Ammendola showing up and not missing a kick surely doesn’t hurt his chances to land somewhere.

Ammendola kicked for the New York Jets last season, making 13 of his 16 field-goal attempts and 14 of his 15 extra points.