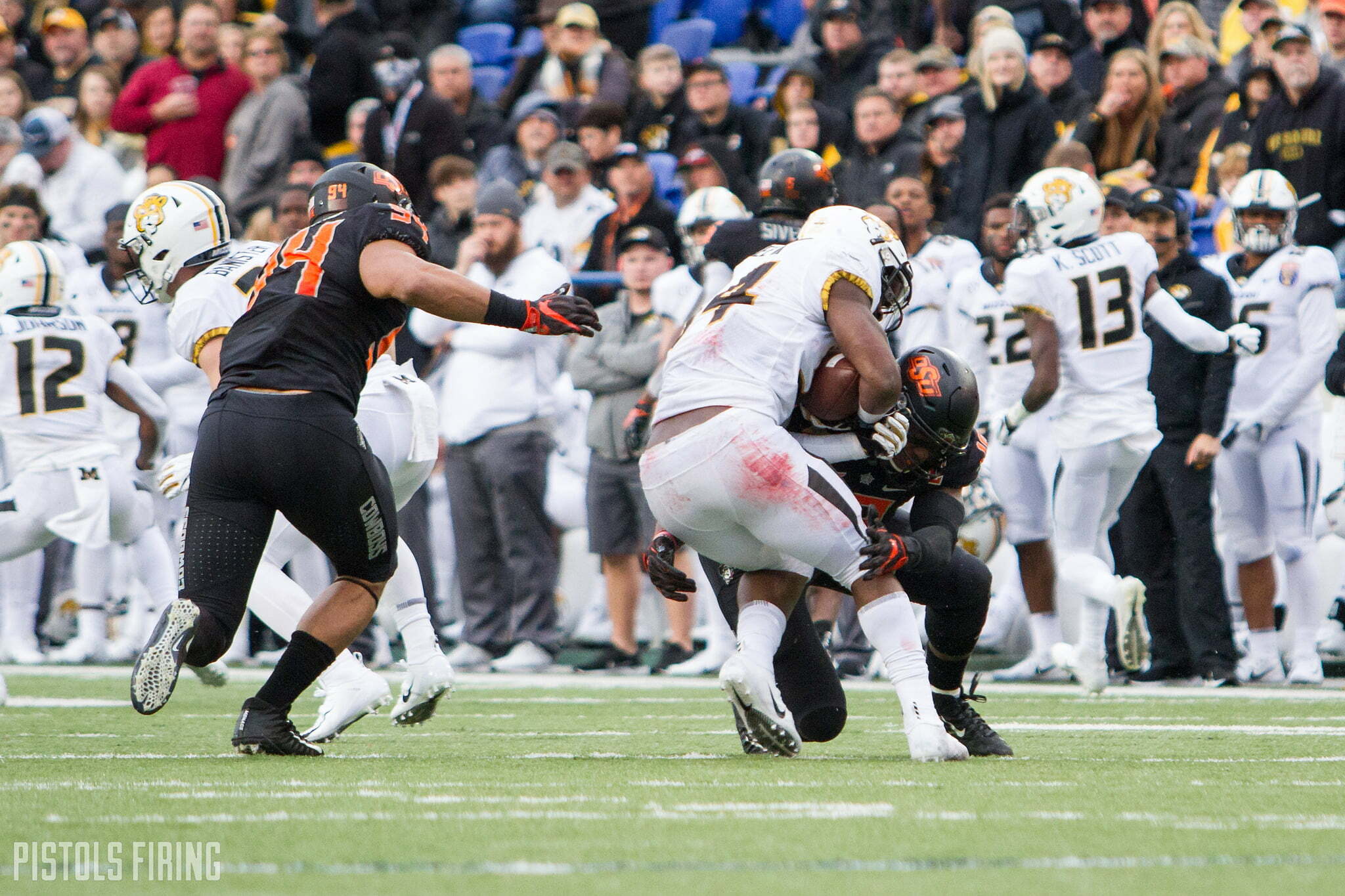 Heading into next season, one of the biggest question marks for this Oklahoma State defense is who will make up the lost production on the defensive line. The Cowboys lose the following players from 2018:

So who will the Cowboy coaching staff put in charge of replacing them? Below is my projection for the starting lineup heading into Week 1 of next season.

Here’s a quick breakdown of each below:

Brock Martin, DE: Athletic defensive end who was a former high school all-state wrestler Recorded 6 tackles this season and looks to be ready for an increased workload.

Cam Murray, DT: 7 tackles on the year, including being credited with half a sack. He has incredible athleticism at the defensive tackle spot for someone listed at 6-2, 290 pounds.

Brendon Evers, DT: He apparently has been a force in practice and the coaching staff hopes he can bring this to the playing field in an increased role in 2019. He finished the season with 7 tackles, including a sack against Baylor shown in the clip below.

Mike Scott, DE: Scott is a junior college transfer and the most likely of the returning defensive ends to be tasked with filling the Jordan Brailford role. The question is, with opposing offenses not having to pay extra attention to guys like Brailford, Owens and Walterscheid next year, will Scott still be able to create havoc in the backfield?

After these four, here’s my stab at the two-deep.

Braden Cassity, DE: From Austin, Texas, Cassity played with an all-out intensity and aggression in high school. Cassity doesn’t have great size at 6-2, 240 pounds, but he makes up for it with his quickness and strength. He apparently saw a lot of work in the bowl practices and looks to be in a good position to land a backup defensive end spot.

Tyler Lacy, DT: Lacy looks to have made the move from defensive end to defensive tackle, as he saw a lot of work at the DT spot in bowl practices. From looking at his high school tape, Lacy has experience playing on the interior of the defensive line, and he’s apparently added some weight in the offseason. He has the potential to be a stud with his great length and speed, posting a 4.76 40-yard dash time in high school.

Sione Asi, DT: The junior college transfer was a much needed addition to the interior of this Cowboy defensive line. He recorded 41 tackles, including 6 tackles for loss and 1 sack this past season for Snow College. At over 300 pounds, he has the size and strength to shed his blocker or bull rush through him, but still possesses the athleticism to make the tackle.

Triston Grant, DE: Outside of Cassity, Martin and Scott, and with Lacy making the move to defensive tackle, the soon-to-be redshirt junior is the only defensive end returning from the 2018 roster. He’s a walk-on who has seen limited action in his two-year playing career, but he has managed to record 4 tackles, including one for loss.

The Cowboys also have some young talent coming in at defensive tackle and defensive end in the 2019 class, and someone like Edmond Santa Fe defensive end Trace Ford or defensive tackle Jayden Jernigan, could possibly crack the two-deep next season. In addition, it seems that Patrick Macon has made the move to D-end. OSU is also still looking to fill a defensive line spot, most likely defensive end, with their remaining three scholarships in 2019. Whoever the Pokes end up rolling out there next season, they will have big shoes to fill and have a lot of weight on their shoulders.