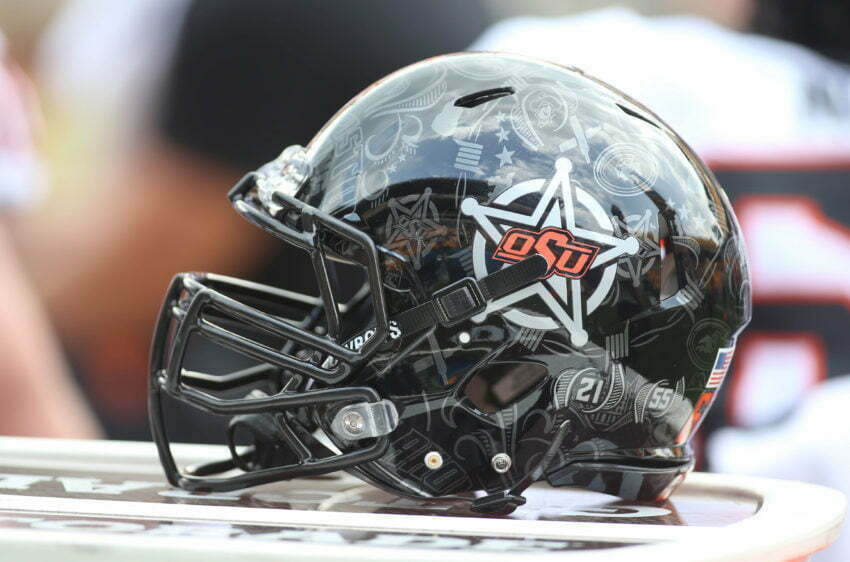 After last Saturday’s 59-21 win over Pittsburgh, Oklahoma State took a solid jump in the latest Associated Press poll, moving from No. 9 to No. 6. It’s the Cowboys’ highest ranking so far this season.

When you break down the individual votes, it echoes what the jump to No. 6 is saying; voters are finally starting to believe in just how good this Oklahoma State team is.

At this point nearly all 61 voters have Oklahoma State in the top 10. Only six stragglers remain. The only explanation I have for that is…

On the plus side now, Oklahoma State is no longer receiving any votes outside of the top twelve. More importantly, a week after OSU received zero Top 5 votes, they now have 18 top five votes including five for No. 4.

The biggest jumps came from Matt Baker of the Tampa Bay Times, who moved OSU from 9th to 4th, and Safid Deen, who jumped OSU from 10th to 4th.

It’s no surprise voters are finally buying in. OSU not only destroyed a decent Power 5 team on the road, they did it on national television where everyone could see.

OSU has another great chance this weekend to convince voters they deserve to be Top 5. They’ll face their first ranked opponent to date with TCU coming to town. It’s going to be hard for OSU to move up much further until other teams lose (or in the cases of Ohio State and Florida State for some voters, lose again).

Surely a win over TCU will convince Ross Dellenger and Sam Batten to buy in and stop putting OSU behind Georgia, Florida State, and Ohio State.