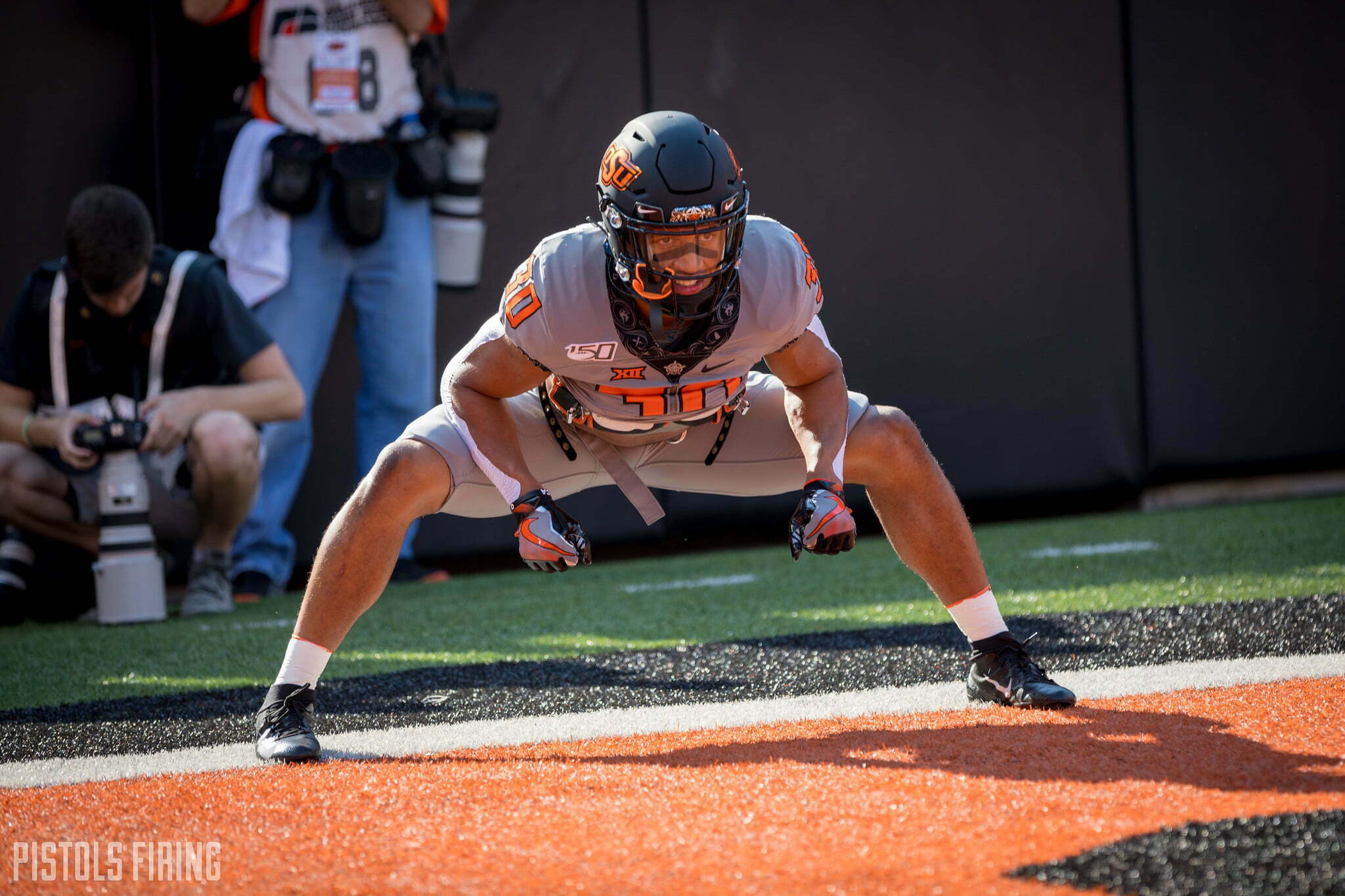 In the days and weeks following the Mike Gundy-Chuba Hubbard t-shirt brouhaha, one of the common refrains from pretty much everyone who wrote or talked about the incident was something along the lines of: Welp, Gundy’s never going to be able to recruit again. Can’t recover from this.

It was a very prisoner-of-the-moment stance, although one that wasn’t without merit. However, I’m not totally sure that we properly understand what actually matters when it comes to recruiting. Does a wide receiver in the class of 2023 care about a shirt Gundy wore to the lake in the summer of 2020? Maybe, that’s not to be shrugged off out of hand. But also probably not.

The effect here could be greater on high-profile recruits, big-time four or five-star guys who are more aware of the impact the relationship with their school has on the broader recruiting landscape. OSU doesn’t really chose that kind of player to begin with so to me the impact is somewhat minimal.

Recruits, in my experience, care about two things. The first (and probably most important) is relationship with their position coaches. This spills over to Gundy to an extent but probably not as much as you might think. The second is desire. Are they wanted? Does the school chasing them have a plan and a spot and a roadmap to the NFL for them? Neither of those in any way includes either Gundy’s political beliefs or his depth of involvement.

And while it’s been easy to get caught up in the moment of burning the future of OSU to the ground, it felt overstated and at times hyperbolic. If you need evidence, consider the announcement from four-star running back Cam’Ron Valdez that OSU is included in his top seven. Is he likely to pick the Pokes? Probably not — although getting both him and Jaden Nixon in this class would be really nice for OSU — but it would have been very easy for him to make his list of six and not include the Pokes.

If keeping OSU in the mix is the reaction from a fairly high-level prospect who is definitely paying attention to all of this in the month after the Gundy-Chuba incident, then I think it’s probably indicative of how other future players will react in 12 or 24 or 36 months from now.

The truth is — as Kyle Boone pointed out recently — the summer of 2020 could turn into a great one for Gundy both as the leader of OSU and on the recruiting trail. Who can tell a better or more believable story about how he’s growing in closer relationship with those in his organization and how much distance and isolation engendered some decline over the years? Who is better equipped to visit the parents of a recruit and discuss the specific ways in which he has learned to lead better?

Mike Gundy, great recruiter, could turn OSU into a legit Big 12 powerhouse instead of one that pops up and contends once every three years. I’m not saying that’s definitely going to happen, but based on this Valdez’s steadiness and the potential progression for Gundy, I actually think it’s more likely than OSU’s recruiting completely falling off the map.