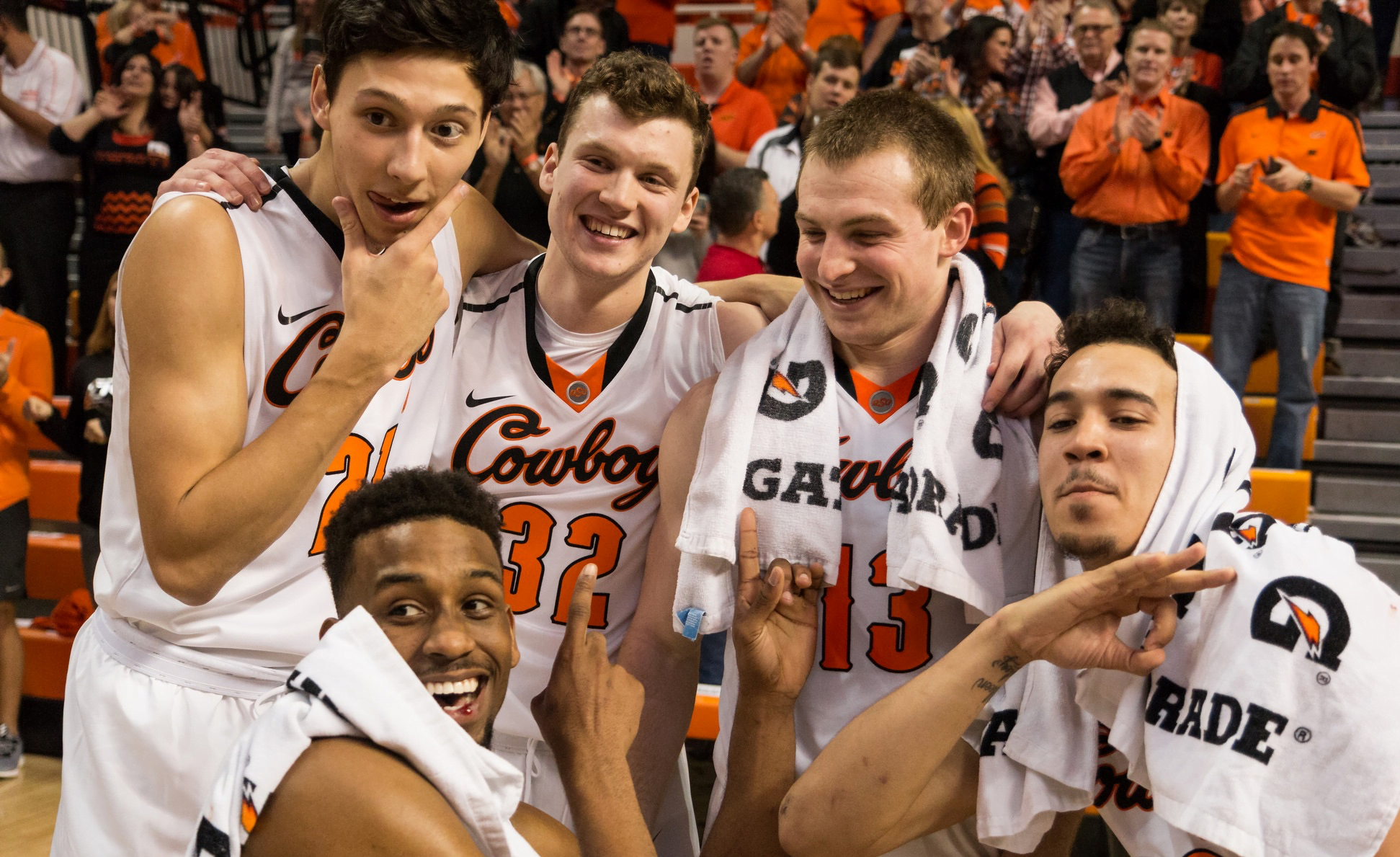 In a week, Phil Forte broke the Oklahoma State record for career 3-pointers, won Bedlam with his shot that ended a 13-year streak and beat the press in Morgantown.

And then there’s Jawun Evans, who was named to the 2017 Naismith Award Watchlist. In tandem at times, especially recently, Forte and Evans are a spectacle.

“They’re making plays not just for themselves, but for each other,” coach Brad Underwood said.

In the Cowboys’ five-game win streak, the starting backcourt has accounted for 31 points within the last five minutes of games, including 14 against West Virginia.

Among those 31 points, only three baskets came on 3-pointers. The Cowboys are not letting Steph Curry ruin basketball, even with the most-prolific shooter in OSU history on the roster. The Cowboys are No. 143 in the nation in 3-point attempts.

“I’m pretty old school,” Underwood said. “It’s of the philosophy that the closer you get to the basket, the better chance you have to score.”

Although they don’t shoot it from deep a lot, they hit ’em when they do; OSU is No. 12 in the country in 3-point percentage.

But, again, the Cowboys don’t take a lot of 3s relative to other teams.

Nationally, the Cowboys are No. 12 in free throw attempts; they are ranked No. 5 in free throws made and shoot 77 percent from the stripe, all mostly as a result of Underwood’s attacking style.

At least Ford would have made an NCAA (Free Throw Shooting) Tournament, barely. Along with Forte and Evans, OSU has gotten serious penetrating contributions from Davon Dillard, who, well, dunks the ball hard.

And Jeffrey Carroll, who has made the most field goals of anyone on the team, remarkably.

But it starts, and often ends, with Forte and Evans. This season, with more attention on Evans, more ball-handling duties have fallen on Forte. Against the Mountaineers, it was typically up to Forte, not the point guard, to break the press.

“(I) took Jawun off the ball because they were double teaming him, and Phil really assumed some of the point guard responsibilities and setting guys up and running our team,” Underwood said. “You can ask that of a senior. He stepped right in.”

All 13 of Forte’s points against West Virginia came in the second half. Nine of them were within the final 5:30, and the nation’s top free throw shooter hit six of them in that span.

Evans had six points in the final 4:17, four of which were free throws.

“It’s nice to have great guards and put the ball in their hands late in the game,” Underwood said. “They make free throws, and they can seal a game.

“That’s what veterans do.”