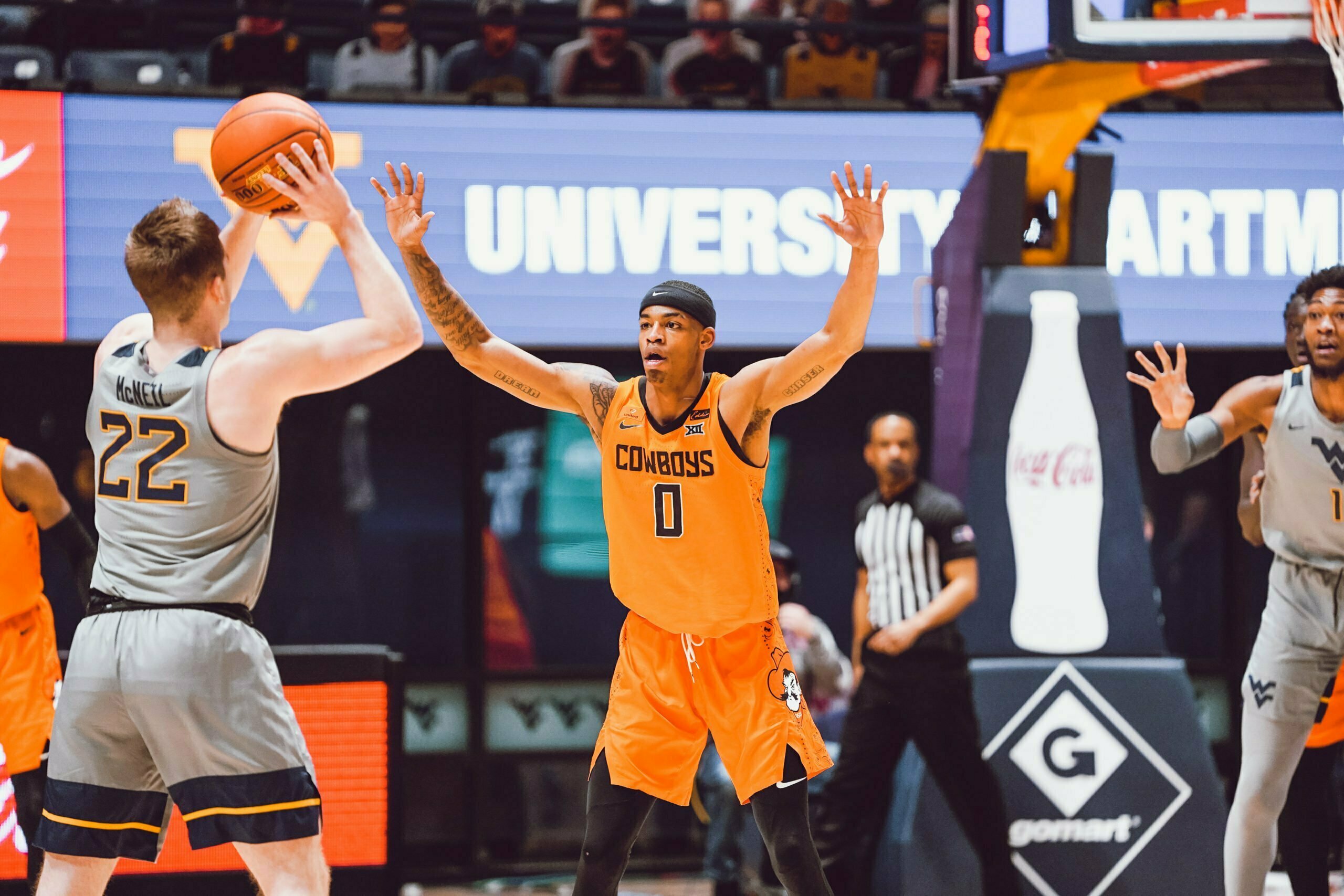 Consensus No. 1 everything Cade Cunningham has commanded most of the Oklahoma State hoops headlines this year, and for good reason.

He’ll be the top pick in this year’s NBA Draft, and he’s the reason OSU is in the position it’s in to attempt an intriguing twirl in the Big Dance for the first time in years.

An OSU caption or two has been dedicated to Cade’s fellow talented freshmen like Matthew-Alexander Moncrieffe and Rondel Walker, who’ve shown flashes of future brilliance and elicited hope for the future of Cowboy basketball.

But buried somewhere on Page 6 has been sophomore guard Avery Anderson, one of the Cowboys’ most consistent scorers all season.

After scoring in double digits just twice as a freshman, Anderson has been OSU’s second-leading scorer all year and was No. 14 in the Big 12 in total points in conference play, and that was before he poured in 31 against a Top-10 team, on its own Senior Day, with tons to play for.

So when you unfold Sunday morning’s sports section, don’t be surprised to see Anderson plastered all over the front page.

Performances like Anderson’s 31-burger in an upset of No. 6 West Virginia are impressive, but they’re nothing new for the former four-star prospect. At Northwest High School, a Dallas area 5A contender, Anderson set a school record with 2,767 career points and averaged nearly 23 per game as a senior.

So it should be no surprise that the man who recruited him was rather composed when asked about his sophomore’s big game.

“He might be the best guy that we have at creating a shot,” said Mike Boynton with a smirk. “Cade’s our best guy and, at the end of the day, Avery understands that at the end of games Cade’s gonna have the ball in his hands, but I don’t feel bad at all.”

Cade is gone in a handful of games. He’ll most likely be the top pick in the NBA Draft this summer. But the talent surrounding No. 2, including Anderson, should leave Cowboy fans with the warm and fuzzies as they look forward.

“I think it’s a great sign for the future of Oklahoma State basketball that we’ve got a guy who’s gotten better,” Boynton added about Anderson’s big game. “I think he’s the most improved player in the country. I think he’s the most improved player in our league by far, and today was an example, with our best player in Cade and our leader in Ice both out, that he just did a little bit more than — you know, he’s been playing well now. He’s having a really good year.

“But I thought today, knowing what the moment required, that he stepped up to the challenge and certainly met it.”

Cade is the Big 12’s leading scorer but, maybe more impressive, he’s been clutch. Avery showed he also has ice in his veins. He played the last four-plus minutes of a high-stakes road game with four fouls and was anything but timid, scoring 11 of the Cowboys’ final 15 down the stretch.

Anderson made 8-of-10 free throws — when trips to the courtesy stripe seemed like charity — and he knocked down a pair late to ice the game, burying the Mountaineers and ruining Senior Day and the would-be celebration for Bob Huggins’ 900th career win.

But this was his crescendo.

Anderson, who normally dons a Nike headband, had nixed it during OSU’s 87-84 loss at Baylor earlier in the week. He scored four points and was 0-for-4 from the field in Waco. Needless to say, the swoosh was back in style on Saturday, and he joked that it gave him “super powers.”

When asked about what his performance means for OSU going forward this season, Anderson gave Cowboys fans another quote to latch on to as they frantically rewatch his highlights from Saturday.

“We’re not done yet,” said Anderson. “We’ve got a lot more in front of us that we’re trying to prove and when we get back at full strength it’s going to be something to watch.”