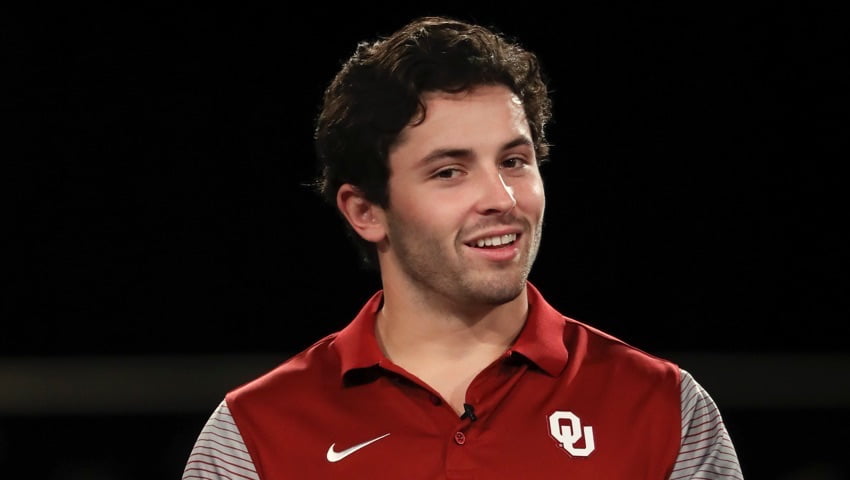 Oklahoma State commit Fua Leilua sent a confident tweet out earlier this week about his future teams chances of securing the Big 12 title next season.

And while it wasn’t meant as shade, Oklahoma quarterback Baker Mayfield – you’ll never guess this! – took exception to the tweet. He decided to respond with a little bit of trolling with a picture of a shirt that reads “Back to back.”

☕️? Good luck with that. pic.twitter.com/9qwQHCIrt2

To which he responded:

But that’s not all!

LSU transfer Tyron Johnson jumped in and called Baker “Twitter fingers”! Baker came back at him as well.

want the link to the game tape? I have Twitter fingers that have two Big 12 rings on em. But I'll see you then Little Brother

Nah but You gonna have to beat some different type of dogs too get the third one whole different team!! https://t.co/a2QkEsVk7U

Ah, it’s only the offseason. And Baker’s troll level is still in mid season form.