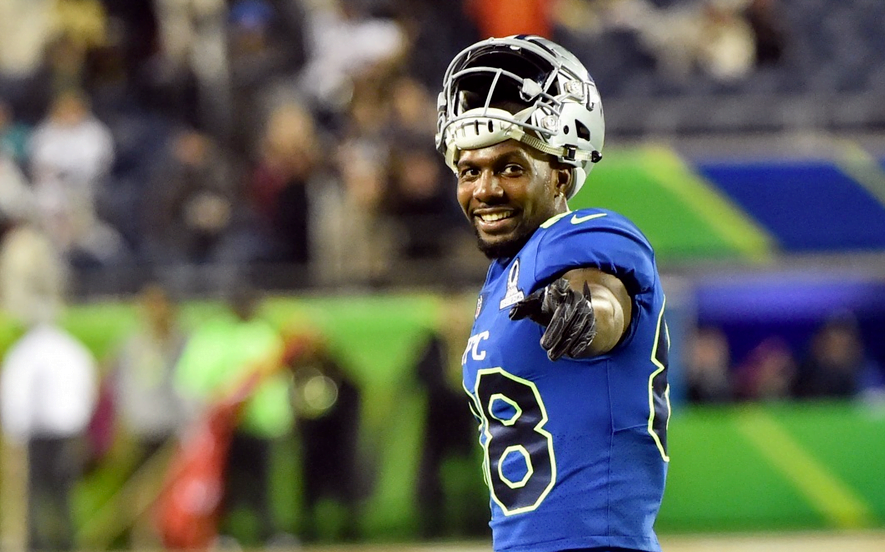 Dez Bryant’s long and winding journey as a free agent is coming to an end, according to a report Thursday from NFL Network’s Ian Rapoport, who says that the Baltimore Ravens plan to sign Bryant to their practice squad if he passes a physical and his workout goes well.

The three-time Pro-Bowler signed with the Saints in November of 2018 on a one-year deal after being cut by the Dallas Cowboys, but two days after signing, he tore his Achilles during a team practice. Since then he’s yet to find a landing spot and has spent much of the time rehabbing and training in preparation for his next opportunity.

Bryant worked out with the Ravens earlier this summer and there was speculation that it would lead to him signing with Baltimore, but nothing materialized for months until Thursday’s news.

The wait may well have been worth it, though. He joins a bonafide AFC contender on a team led by reigning MVP Lamar Jackson, who has struggled to generate the same offensive magic of a year ago. At 31, Bryant may not have the same pep in his step he once had, but it’s not impossible to think he’ll quickly emerge as a security blanket for Jackson in an offense that has struggled throwing downfield.