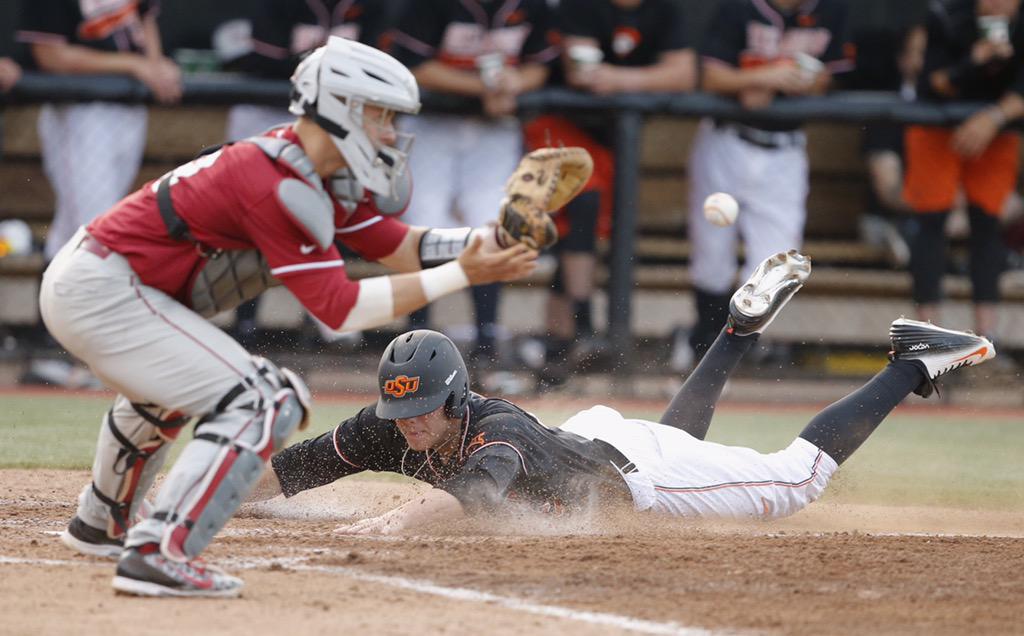 OSU scored eight runs in the first and never trailed. Here’s a collection of notes and tweets from the blowout.

My favorite tweets from tonight:

All of these #OKState fans just watched a 43-minute first inning. OSU up 8-0 over Sooners. pic.twitter.com/InTOfP3Ad4

I am so happy we have a coach in a sport who doesn't like, doesn't fear and doesn't want to show any respect to OU.

You think Josh Holliday is into this Bedlam stuff? Up 20-2, he just came out to argue a line shot past first that was ruled foul. Bedlam.

Most lopsided matchup in 310 games of #Bedlam baseball history.

You may think Herbstreit felt another earthquake at #OKState but really, he just now saw the #BedlamBaseball score. pic.twitter.com/eBKyNOdCyD

This is a woodshed… this is where @OSUBaseball is currently taking the Sooners! 20-2 #ouch pic.twitter.com/7c6jJGCH0H

OSU is back in action this weekend when they travel to Lawrence to face the Kansas Jayhawks.