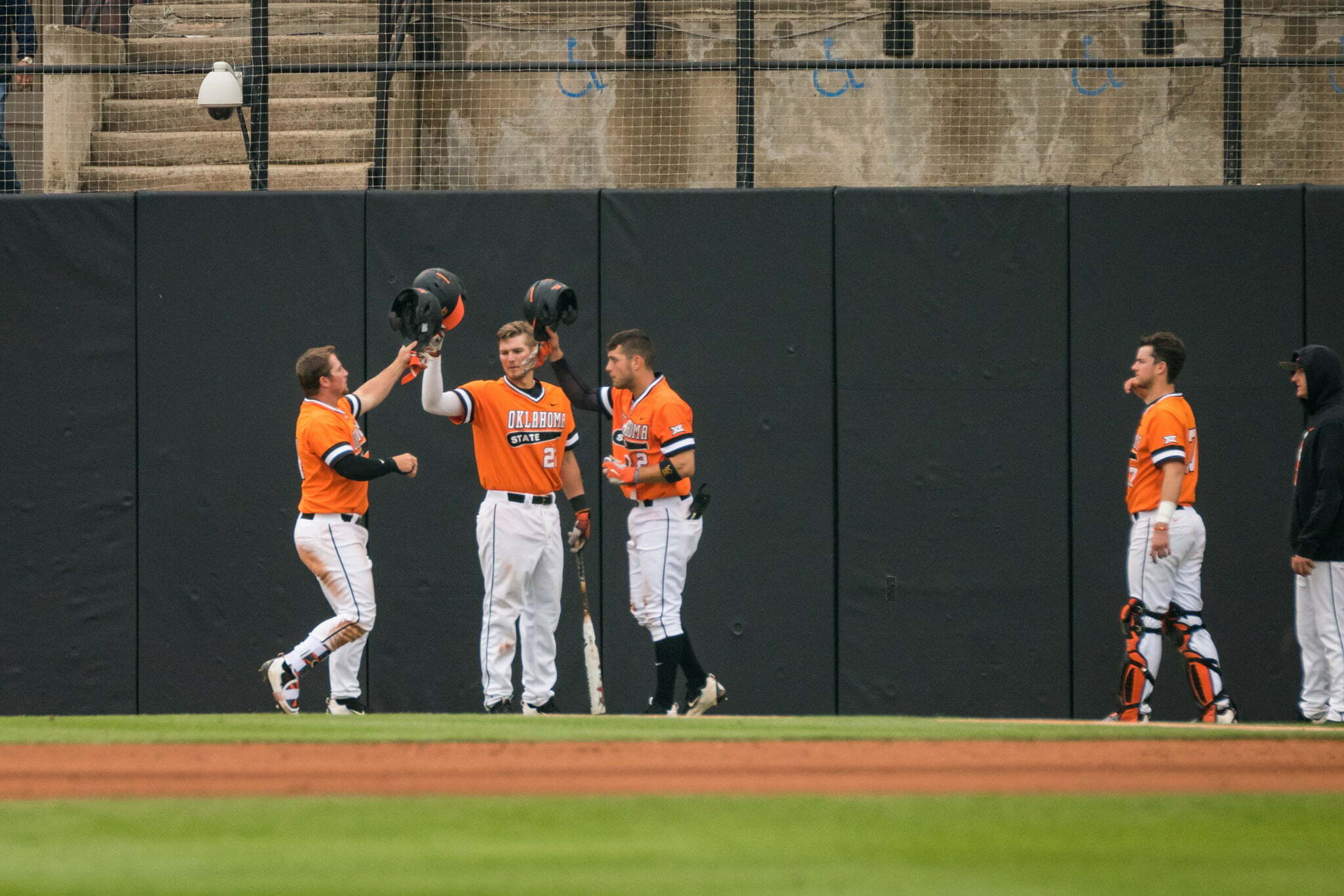 Oklahoma State’s first of three Bedlam matchups was canceled on Thursday evening in Tulsa and rescheduled for Friday. As of now, the new Bedlam schedule will look like this.

There is currently a little debate over whether it’s beneficial for OSU to even get these games in with the pending weather. Here’s the cat and mouse situation: Only eight teams get into the Big 12 Tournament next week, and OSU and Kansas State are duking it out for the final spot. KSU lost to Baylor on Thursday night (21-13!) and is now 6-16. OSU is 6-14.

So if the season ended today, OSU would be in the postseason with a .300 winning percentage in conference play. But with bad weather expected in both Oklahoma and Texas (where KSU is playing), the final outcome between these two teams is sketchy. OSU already lost a game to weather earlier this season against Texas which is why it will only play (at most) 23 conference games.

#Bedlam Baseball rained out. Read Holliday’s lips – if we don’t play 3 this weekend, we may not make tournament.. Doubleheader Fri. in OKC pic.twitter.com/GNx39IUzTz

Ideally, OSU would win this afternoon before the weather sets in and Baylor would thump KSU once again tonight, and we wouldn’t have to worry about anything else. OSU would be in no matter what. But there’s a 50 percent chance of rain on Friday afternoon and evening (current look at the radar below). This is a bummer of a situation that OSU should not even be in to begin with. Fighting KSU for eighth place in the Big 12 a year after making the final eight in the NCAAs? What is this, Big 12 basketball?

However it plays out, it probably won’t matter. OSU will likely bow out of the Big 12 Tournament early even if they make it and try to reload for next year following a disappointing 2017. It would be nice to pound OU a few times, though, before the heavy stuff sets in.