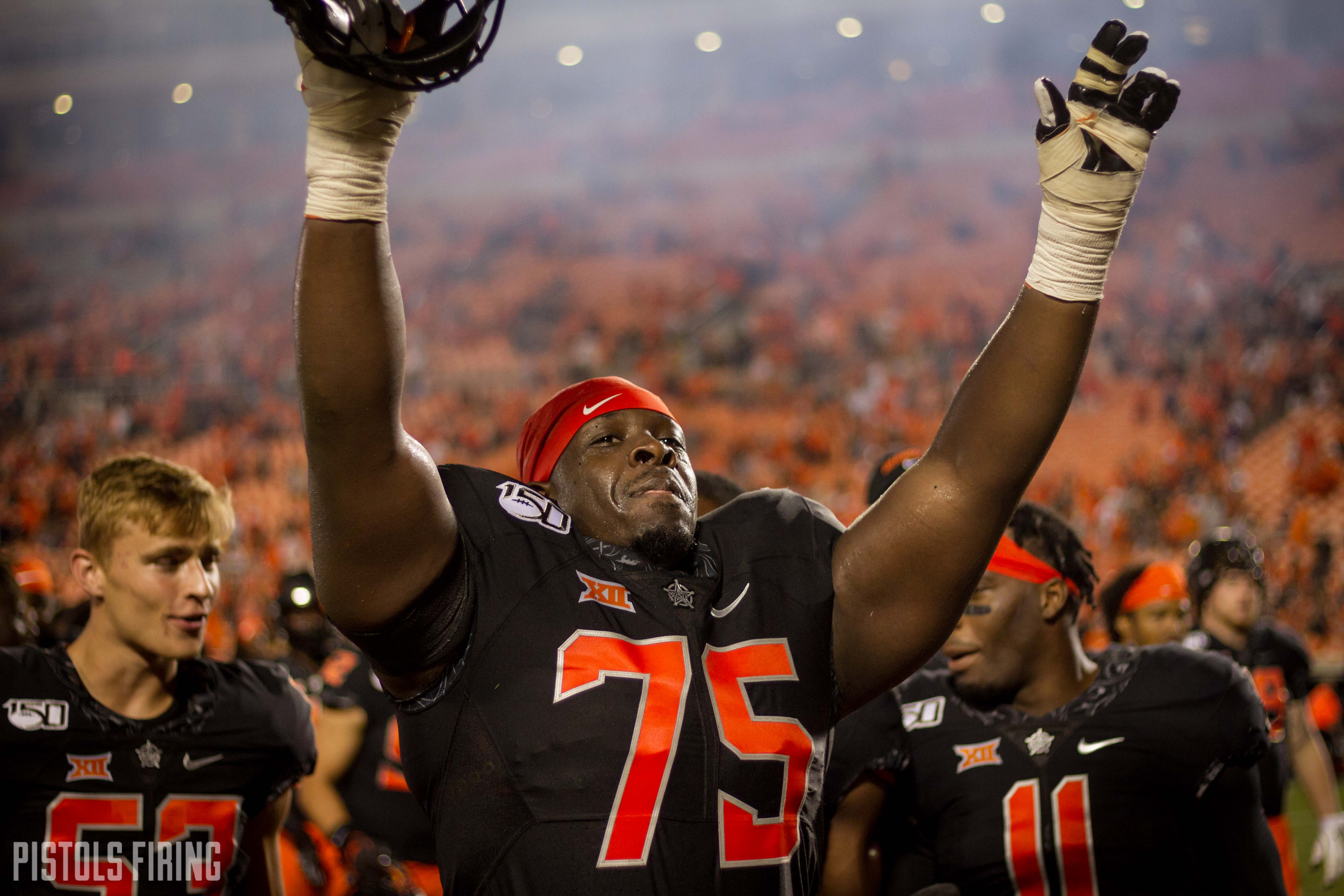 Oklahoma State righted the ship on Saturday downing No. 24 Kansas State 26-13, though it took longer than expected thanks to an hour-plus weather delay.

The Twittersphere was buzzing all night and there was plenty of timeline gold that kept me entertained throughout. Here are some of my favorites.

Spencer is not afraid of a little contact, but I am (slide, my dude!).

Spencer Sanders moving up the depth chart at LB

Chuba had a career game with enough significant numbers and records to make your head spin. This was one of the more mind-blowing.

He eclipsed both Barry Sanders (222) and Thurman Thomas' (237) school record for most yards against a ranked opponent. pic.twitter.com/ZP50Fqui0v

The flagpole in the east end zone is big enough for a Canadian flag too. Just saying.

Like a fax machine on national signing day. Their time to shine.

Kansas State should do us all a favor and just forfeit

"I hope nothing happened during the storm delay that requires a confession." #okstate

ESPN+ going with the old GIA camera angle out of the lightning delay. pic.twitter.com/dsN62lWLka

The Cowboys came out with the win, somewhat handily, but their red zone issues are anything but figured out.

When they finally let you throw in the red zone. pic.twitter.com/BVHiPI5Oep

To a Cowboy Back!! pic.twitter.com/vOm7hIbIBz

But then it was more of the same late as OSU kicked field goals on four of its five score-zone drives.

How’s that for creativity? 3rd and goal at the 4 and hand it off to… Tylan Wallace. It didn’t work and OSU settles for another FG. Pokes lead 13-0.

Even ESPN+ struggles when #okstate gets in the red zone. pic.twitter.com/z2dp0l9Idn

Conspiracy theory: Some SEC team has a really good kicker