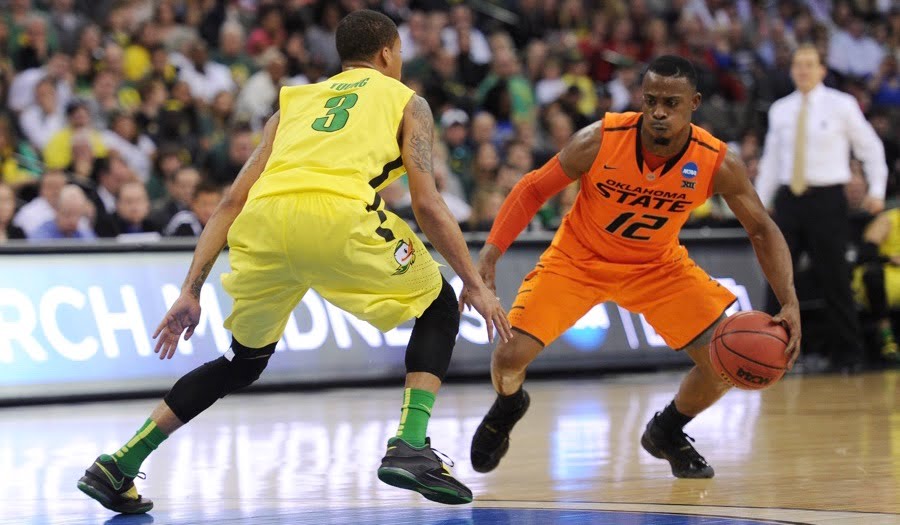 Anthony Hickey had 17 points and 5 steals against Oregon. (USATSI)

There was too much spillover in my thoughts and notes so here’s all the best from Twitter and Vine tonight.

• This on the botched foul at the end of the first half was tremendous:

@pistolsguy that's on Sager. He's been playing for 4 years and hasn't learned not to listen to Ford?!

Can Ford count to 3? Thats how many defenders should be on Joe Young.

• I was searching for a Soucek joke for a long time. Never found it. Here it is.

It's easy to overlook the fact that this is Soucek's last game. #playerdevelopment

• Yeah, he pretty much always does.

Phil Forte getting the full David Eckstein treatment there. He drove to the rim against nonexistent help defense! True grit!

The classic OSU experience. Let's reel you in by being competitive and crush your soul in the last few seconds

Folding a fitted sheet is like me playing receiver. #ThereAreNoCorners

• This was also quietly strong.

If a TV broadcast ever needed a color commentator, this is it

"As the higher seeded team you get to wear your home white jerseys, Oregon." "Oh we don't own those, will neon do?"

.@tarasuez And the foul would have left enough time on the clock (2.2) for an inbounds from that spot and a shot anyway.

• Where has this move been??

• Bring it on, Fraschilla’s kid.

• Chris Webber called this “grown man ball in the paint.”