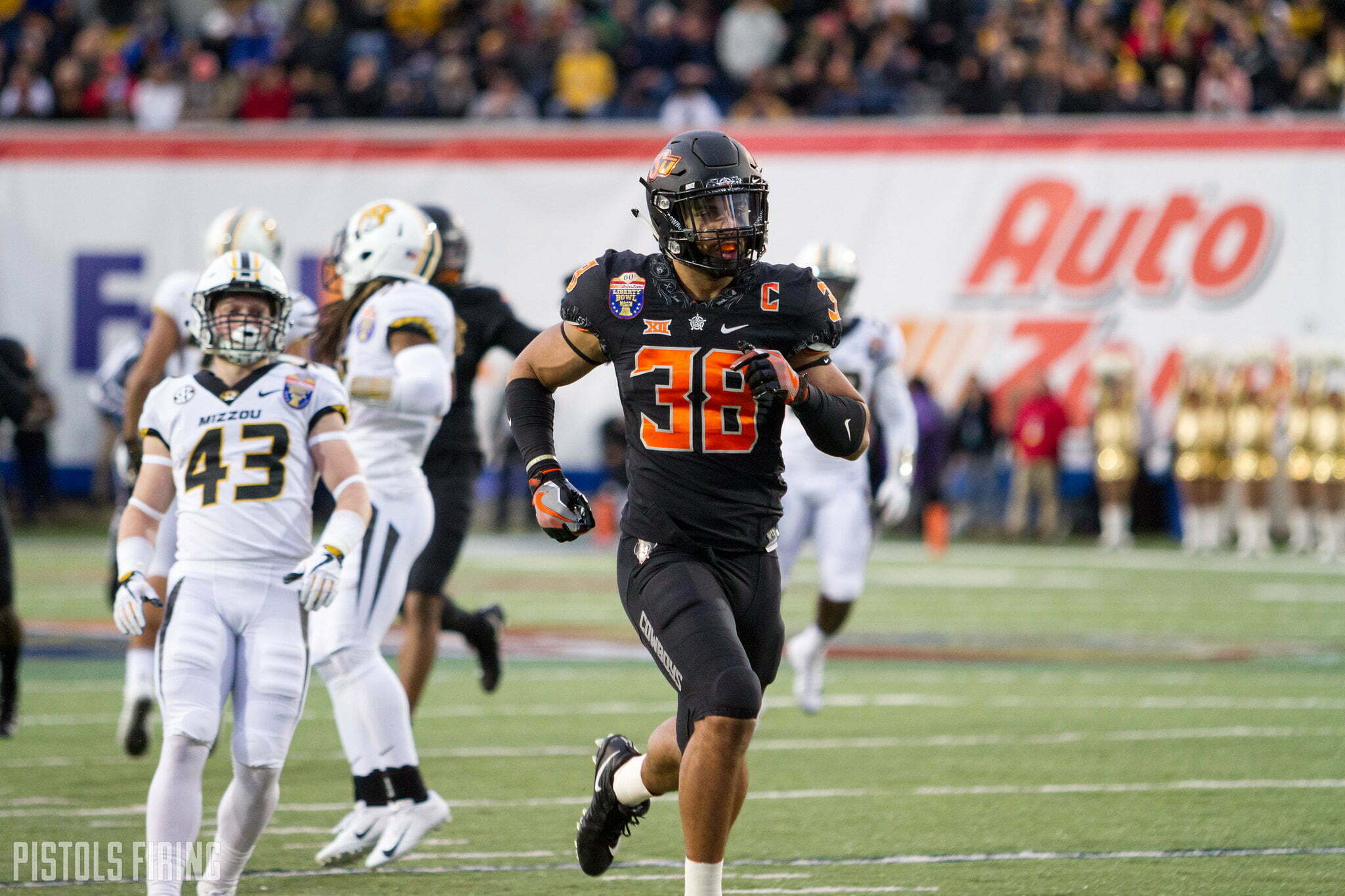 The Big 12 announced last week that it distributed $388 million equally to its 10 institutions, including Oklahoma State. This was out of about $418 million in revenue generated by the conference.

“Of that money we took in, we distributed about 93 percent, said Big 12 commissioner Bob Bowlsby. “We took about 7 percent for conference overhead to run our championships and do the things we do. A big chunk of that was legal fees, but we are an efficient organization.

“I think 93 percent is the highest percentage of distribution in all of college athletics so we feel good about that. Our distribution has gone up 55 percent in the last five years. So we continue on the right kind of trend.”

I’ve written about the Big 12’s financial stability here. It’s obviously very good, and while they won’t be catching the SEC or Pac-12 at any point in the near future, it’s not unreasonable to think they can stay well ahead of the ACC and Pac-12.

I’d like to talk about that 93 percent number for a second, too. It’s a good number. A number that — according to my calculations — is in line with a conference like the SEC (92 percent) and (like Bowlsby mentioned) is far better than the Pac-12, which when you take into account the network it runs, is at less than 80 percent distribution (never run your own network).

But the number is also interesting for a different reason because it reminds me of something David Ubben highlighted in his excellent piece on how the Big 12 almost blew up a decade ago. It wasn’t until 2011 (!) that the Big 12 adopted equal revenue sharing. OSU used to receive $8-10 million a year (a decade ago! When conference revenue barely topped $100 million!) which ranked in the middle of the conference.

Big 12 schools share half of their television revenue, with the other portion set aside. That money is then distributed — with the schools that play in more televised men’s basketball and football games, receiving a greater share of the pot. Schools also earn a greater share of funding for participating and advancing in the NCAA basketball tournaments.

Schools like Texas and Oklahoma, which have the majority of their games on television, receive bigger television checks than schools like Baylor and Iowa State, which are rarely televised. [ESPN]

It was that unequal revenue sharing that may have ripped apart the conference, according to former commissioner Dan Beebe.

Beebe replaced Weiberg as commissioner. He made early attempts to introduce equal revenue sharing and a grant of rights that would prevent members from leaving the conference.

“They decided not to do that. Had we done it then, we could have kept the whole 12 together,” Beebe said. “I was Kevin’s deputy and I had to get everybody to play nice in the sandbox together. I think I might have overestimated my ability to do that.” [The Athletic]

The entire saga exposed the lack of trust within the Big 12 and the harm that unequal revenue sharing can have on a conference. The Big 12 finally adopted equal revenue sharing in 2011, and the Pac-12 followed suit in 2012 as it launched the Pac-12 Network. The Big 12 schools also agreed to a 13-year grant of rights as part of the television deal it signed in 2012. That agreement prevents any member from earning any money on media rights outside the Big 12 through 2025 and effectively prevents any defections. [The Athletic]

The Big 12 — if you can ignore the functionality of their website — does a good job of remaining lean, efficient and (maybe most importantly now) equivalent. I don’t think they get nearly enough credit for that. They recently brokered a deal for three Big 12 title games and Big 12 Now (on ESPN+) for $40 million, and they don’t have any overhead in producing any of that. Straight cash, homie.

“The distributions for some of our schools are clearly over $40 million, and that’s plus their third-tier activity,” said Bowlsby last week. “So as you know that range is from about a million dollars a school to something between $15-20 million dollars at the University of Texas.”

We have criticized the Big 12 so much in the past that I’m not even sure if we know why we do it anymore. The plot, as they say, may have been lost. But for a conference that struggled so much a decade ago to pull itself up to status quo, it has turned into much more nimble, high-powered financial machine than I think anyone could have imagined.