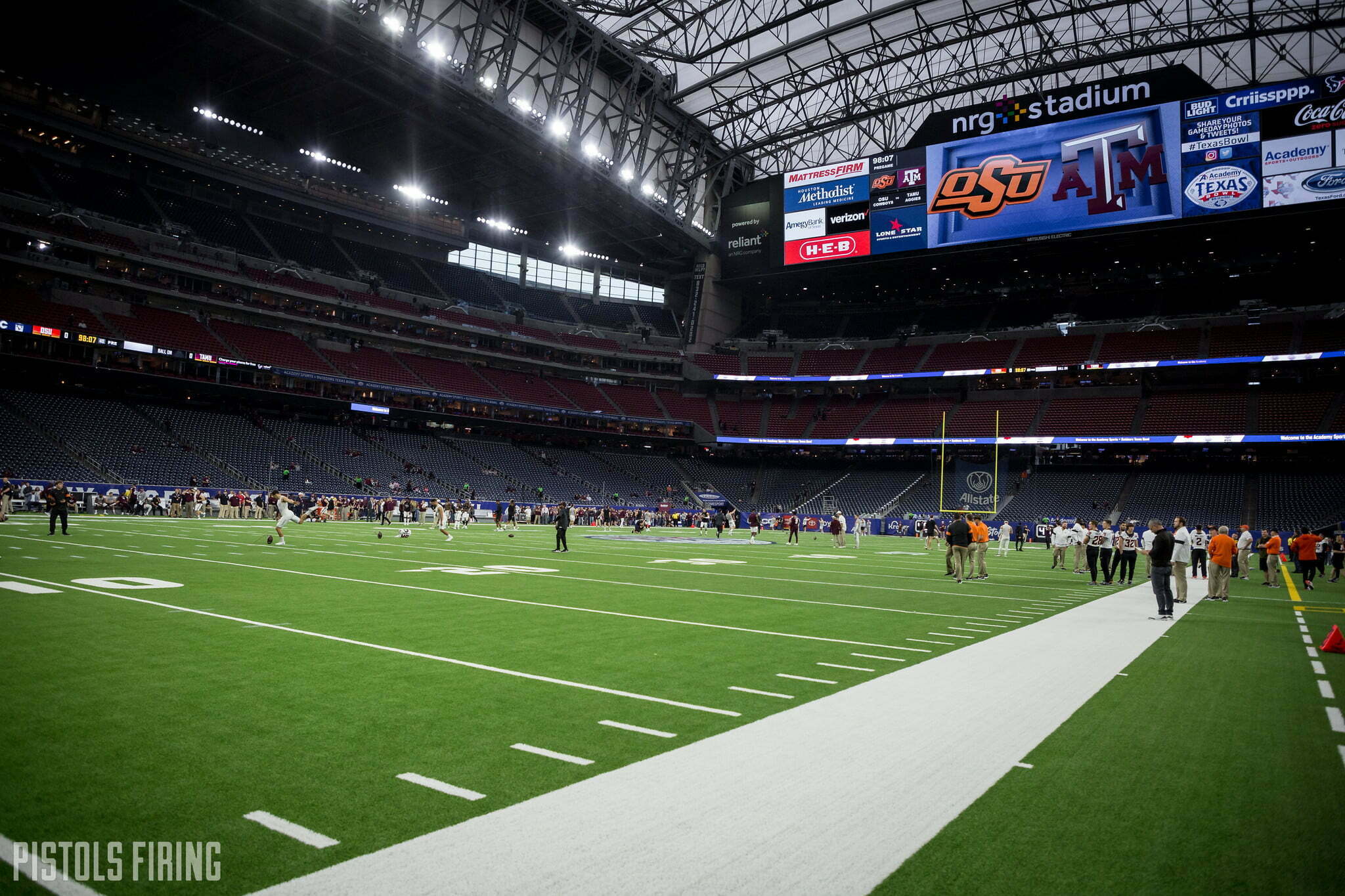 In the aftermath of OU and Texas parachuting out of the Big 12 for the SEC earlier this summer, the possibilities for what was left behind of the league felt endless. Would the Big Ten take in some of the top programs to rival a 16-team SEC superconference? Might the Pac-12 consider expanding its footprint to the Midwest? Would a merger with the AAC prove a viable path forward?

Scenarios once considered possibilities have been ruled out with swiftness, though, at least for now. The Pac-12 says it is not interested in expanding. The Big Ten doesn’t seem interested, either, after joining the three-league alliance with the ACC and Pac-12. And one thing I’ve learned in writing about a potential merger with the AAC: No one affiliated with the Big 12 — especially OSU fans — is particularly fond of the idea. (Though I maintain it could be a reasonable response to what has transpired of late.)

So with options dwindling and landing spots shrinking, what’s left of the Big 12 seems at this point destined to cling together with hope that — in addition to a few expansion teams — a future together is indeed what the future might hold — one in which an expanded Big 12 paves a path forward.

The league has already formed a sub-committee to explore expansion, and while simply exploring options doesn’t necessarily mean anything, it certainly doesn’t mean nothing. I don’t google the Jimmy John’s menu only to decide on a PB&J at home, you know? If you’re looking around then chances are that you’ve already considered expansion a potentially fruitful path, though Big 12 decision-makers have yet to outright go that far on the record. Here’s ESPN’s reporting on the subject:

A four-person Big 12 subcommittee tasked with exploring expansion held a videoconference on Friday, and Texas Tech athletic director Kirby Hocutt told ESPN nobody in the Big 12 has directly contacted any other schools about membership yet.

“Not to my knowledge,” he said. “There’s nothing imminent.”

Hocutt is one of the four members of the subcommittee along with Baylor athletic director Mack Rhoades, Iowa State president Wendy Wintersteen, and Kansas chancellor Douglas A. Girod. The group was formed in July following the historic decision of Big 12 co-founders Texas and Oklahoma to join the SEC.

The Pac-12 standing pat seems to make expansion all the more likely. In a perfect world, the Pac-12 growing to, say, 16 teams would likely provide several Big 12 teams with soft landing spots. But none of the power conferences at this point seems intent on adding the Big 12’s leftovers. So binding together and forging ahead seems the league’s best choice, even if it’s not the first choice.

Trouble here lies in trust. Word-is-bond agreements in this landscape is folly. West Virginia and Kansas can say they’re in it for the long haul, but if the ACC and Big Ten come calling for them, respectively, then what? No one would blame them for jumping ship. But them doing so would drastically reduce the appeal of a new-look Big 12. Hard to move forward with expansion if you’re constantly trying to address a growing backlog of defectors.

First things first for Bob Bowlsby will be keeping the eight left in the fold. Expansion for the Big 12 can only move forward if its current member institutions are in it for the long haul. Next on the docket could, and should be, expansion, and whether that’s a quasi-merger with the AAC (Memphis, UCF, Houston and Cincy, anyone) or hand-plucking your picks to grow, the drumbeat to growing gets louder by the week. There’s no right answer for the league and its path forward, but expansion increasingly seems the only one to survival.