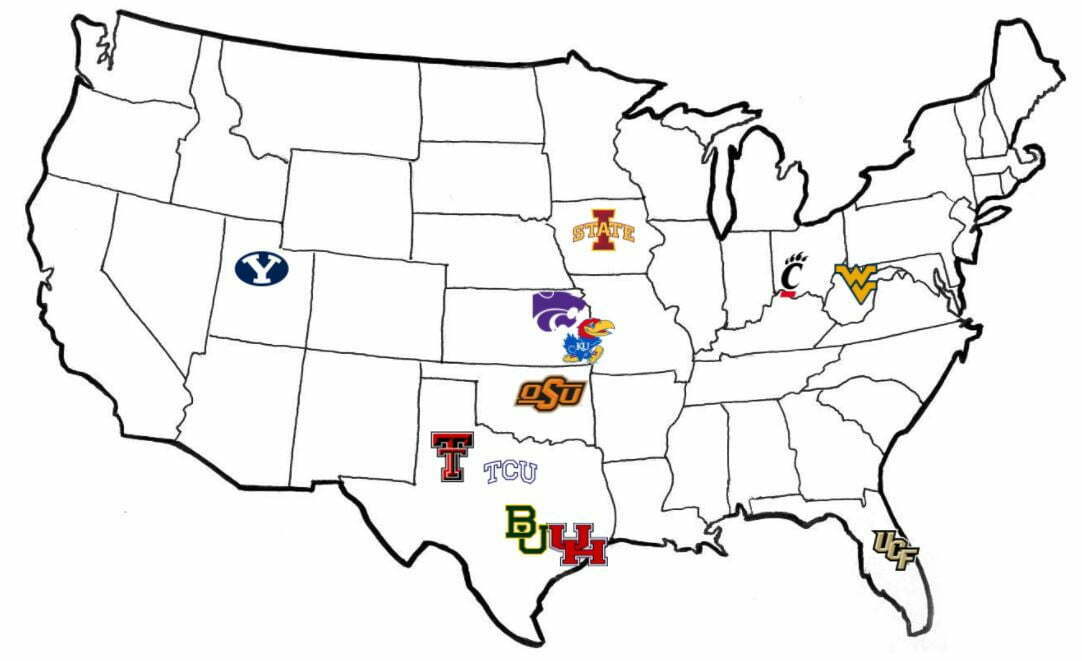 BYU, Houston, UCF and Cincinnati have officially received invitations to the Big 12 conference.

The conference announced Friday that its board of directors met and the eight remaining members voted unanimously to extend invites to the four schools. BYU has already announced its acceptance into the conference, stating the Big 12’s additions will join in starting in the 2023-24 academic year. That would put the Big 12 at 14 teams for two years until Oklahoma and Texas make their jumps from the Big 12 to the SEC, unless those two schools find a way to get out early.

BYU’s release also stated UCF, Cincinnati and Houston would be coming along, but as of writing, those schools haven’t made official announcements.

BYU, a football independent that competes in the West Coast Conference in its other sports, specified that all of its sports will move to the Big 12. Sunday play was also seen as an issue with BYU before, and BYU’s release stated the Big 12 will honor the Cougars’ Sunday-play policy, meaning they still won’t play on Sundays.

“This is a historic day for BYU Athletics – and for the entire university,” BYU president Kevin J Worthen said in a release. “The BYU mission statement indicates that BYU is a place where ‘a commitment to excellence is expected.’ We strive to meet that requirement in all we do, including our core academic enterprise. Membership in the Big 12 gives us the opportunity to reinforce that commitment for student-athletes, allowing them to compete at the highest level both on and off the field.”

Big 12 board of directors chairman Lawrence Schovanec and commissioner Bob Bowlsby are set to meet with representatives from the four invitees via video conference Friday. Houston’s is at 11 a.m., BYU’s is at 11:30 a.m., UCF’s is at 2:45 p.m. and Cincinnati’s is at 3:30 p.m.