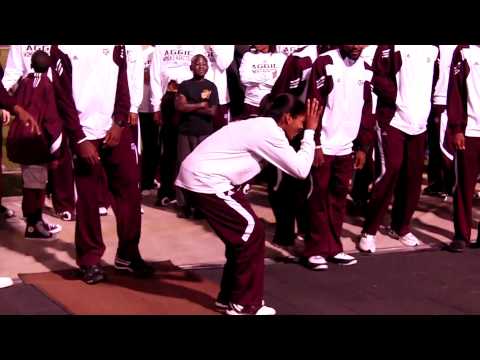 Welcome to our first 2011 Big 12 power rankings. We’ll rank the squads, yes, but we’ll also throw in a few other random tidbits and/or ridiculous behavior from around the league. Let’s get started…

1. Texas – Who isn’t taking them on a neutral court against the rest of the league? While we’re here, I get the losses to UConn and Pitt, they’re both legit title contenders, but at SC? Do the sports gods still hate them for ruining the Bush/Leinart dynasty in ’05?

3. Kansas – The loss to Texas might have been an aberration and we’re going to find out in about a month on a Sunday in Kansas City if it was.

4. Texas A&M – I’m not sure how seriously I’m supposed to take A&M after a bad loss in Lincoln but I guess they get a shot at redemption tonight against Texas in College Station. Another point on the Aggies, who’s their crunch-time guy? Khris Middleton, who I love, doesn’t exactly strike the fear of God in me in the last minute of a game like Lace, Pullen, Hamilton, or a Morris bro. It might not be a big deal because they play such great team ball, but I want to know who I’m going to if I need a game-winner and I’m not sure they do.

5. The Kansas family – We just spent a week memorializing ours so I would be remiss to not mention Thomas Robinson and his personal January hell. First, his grandmother died at the end of December, then his grandfather died on January 16th, and as if that wasn’t enough, his 43-year old mom passed away on January 21. Oh and he has a 9-year old sister who’s basically homeless in Washington D.C. To the credit of the NCAA it has made numerous allowances to help Robinson get his life back together. The reception on Saturday night in Phog Allen was electrifying too.

6. Baylor – They showed a lot of heart in a gutsy effort against CU on Sunday. I have to take them over Mizzou right now, even though Scott Drew couldn’t coach Kobe, LeBron, Durant, Rose, and Howard to the league title.

7. Mizzou – Don’t really know what to make of them. Losses at CU and at A&M aren’t terrible but they looked hapless against Texas in Austin on Saturday. If they’re serious about competing for a bye in the Big 12 tourney then a rout is in order on Wednesday in Stillwater.

8. Retiring numbers – Not to make this entire post about Kansas but they retired Wayne Simien’s jersey on Saturday night. Couple that with the Wednesday retirement of #10 in Stillwater and it was a pretty emotional week for hanging numbers from the rafters in historic arenas.

9. Colorado – Higgins + Burks is a better 1-2 punch than anybody else in the league has, and yes I’m staring straight at you Mr.’s Pullen and Kelly. If Colorado had anything resembling a big man they’d contend at the top of the league.

12. K-State – I would not want to be married to, related to, working for, associated with, or generally seen by Frank Martin at any time in the next month and a half.

13. Texas Tech – Singletary is a beast but they don’t have a lot else. I feel like he’s kind of wasted his career in Lubbock, he could have been a star somewhere else…like, say, Stillwater.

14. OU – Steven Pledger, yes he of the 12.6 average, busted out for 38 at Hilton on Saturday. Tests at Baylor and in Stillwater loom, although the latter could probably be described as a pop-quiz or maybe a homework assignment at this point.

15. The high fade – I think it should have been retired with the guys you see below, but that’s not keeping A.J. Walton and Brian Williams from trying to bring it back.

16. Iowa St. – Poor Fred Hoiberg, they have so few guys he must feel like everybody they face is on a power play. Losses to OU and Tech in the same week will do that to you.

17. Oklahoma State – Who are they beating on a neutral court? Seriously, tell me in the comments section. State your case.

Game of the week: Has to be the battle for “best team in Texas” label tonight in College Station. Reed is going to be epically loud with a chance to give the Horns Big 12 loss #1. Saw ’em off baby.