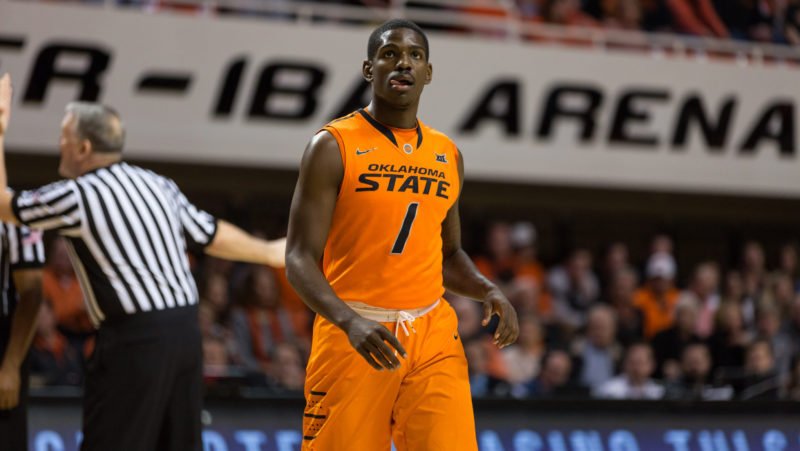 The Big 12 regular season came to an end on Saturday. On Sunday, the Big 12 announced its end-of-season awards as voted on by the league’s coaches and on Monday the AP announced its all-conference teams.

While no Cowboys were honored with individual awards, Jawun Evans was included in both the coaches and the AP All-Big 12 First Teams after scoring 18.7 points per game (second in the Big 12) and leading the league with 6.3 assists per game.

It’s too bad that no one gives out a Most Improved Player award because Jeffery Carroll might have won it unanimously. After averaging 8.2 points and four rebounds per game as a sophomore, Carroll was fourth in scoring in the league (17.3 points per game) and eighth in rebounding (6.6). He went from a 33.3 percent 3-point shooter last year to finishing third in the Big 12 at 43.8 percent as a junior.

That improvement was enough to land Carroll on both All-Big 12 Second Team’s. Senior Phil Forte was named on the list of All-Big 12 honorable mentions by both the Big 12 and the AP.

Here are the Big 12 honorees as voted by the coaches.