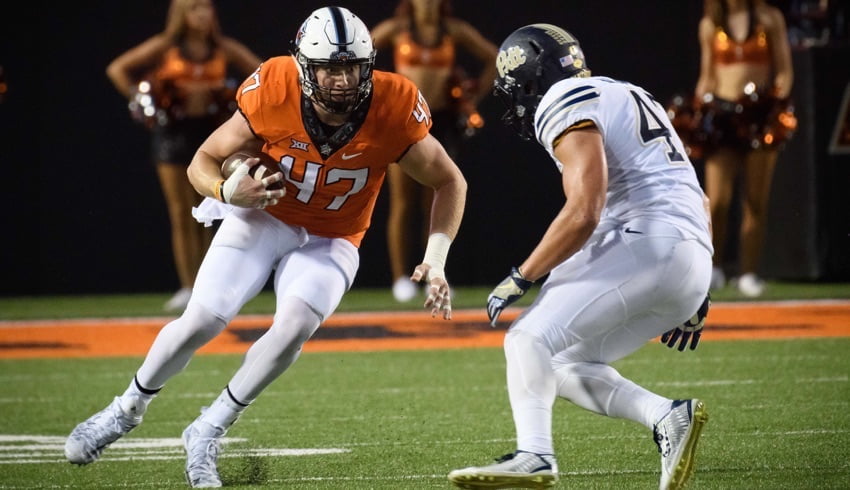 Just days after making an appearance in the Shrine Game over the weekend, former Oklahoma State tight end Blake Jarwin has been added to the Reese’s Senior Bowl which will be played this Saturday, Jan. 28.

According to Pro Football Focus’ Bryson Vesnaver, Jarwin dropped the only target he saw this past weekend in 13 routes ran. But he apparently graded out well in run-blocking, with a 71.8 grade on 13 snaps.

As a senior, Jarwin caught 19 passes for 309 yards and 2 touchdowns — both career-highs.

Jarwin will join up with fellow teammate Jordan Sterns in the senior bowl. Both will be on the South team.