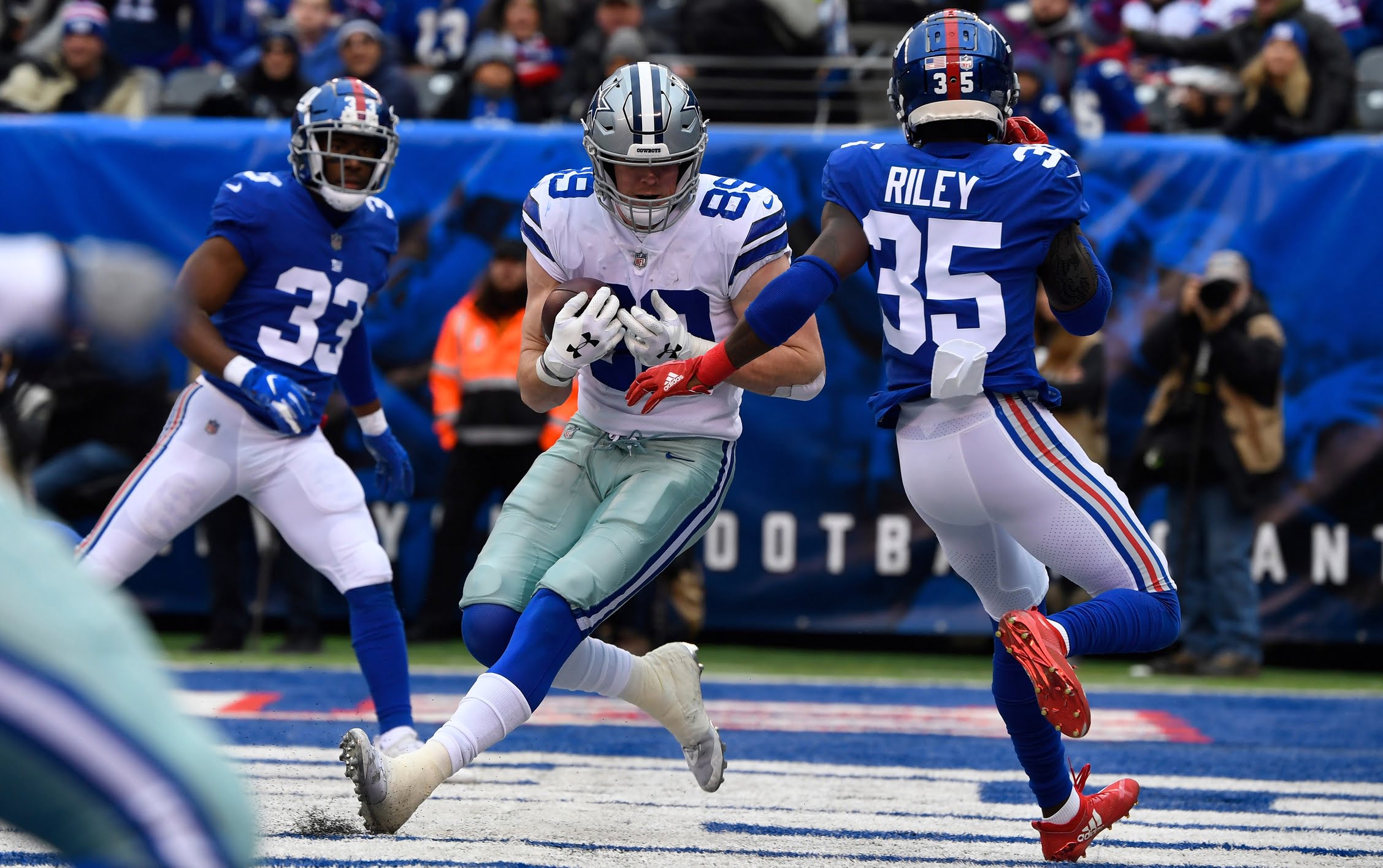 The Dallas Cowboys are in New Jersey to face the New York Giants for each team’s regular season finale. Early in the second half, former (OSU) Cowboy Blake Jarwin stamped his imprint on the contest in style.

The Cowboys went into halftime with a 14-7 lead thanks solely to Jarwin’s two touchdown receptions, the first two of his career.

It started with this red zone score midway through the second quarter.

The Cowboys went to a similar play again just a few minutes later.

Blake Jarwin can't stop scoring touchdowns! His second of the day gives the @dallascowboys a 14-0 lead over the Giants. pic.twitter.com/TzczCQ1VSg

But the second-year pro didn’t rest on his first-half laurels. He added a third in the third!

Midway through the third quarter, Jarwin leads all receivers with 81 yards. He caught all five of his targets for all three of the Cowboys’ scores.

With a division title and playoff berth for Dallas already wrapped up, this game is for little more than pride as the Cowboys’ look to take care of a divisional rival — and to accentuate the placement of each team at first and worst in the NFC East, respectively.